Boris Johnson announced the fund to show his administration was "putting its arms around people at a time of crisis". 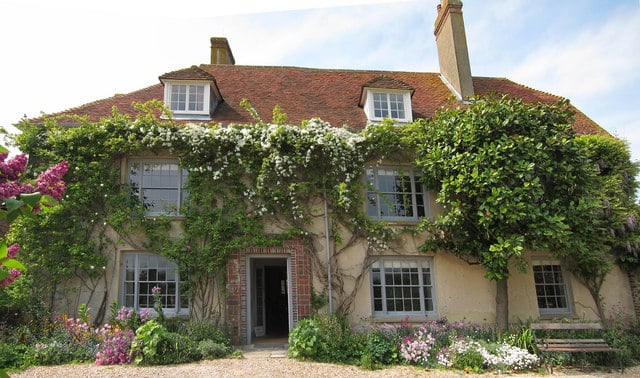 A Conservative aristocrat dipped into the government’s Levelling Up Fund to the tune of £300,000 in order to fill half a mile of potholes on his driveway, it has been revealed.

The fund, which was supposed to support left-behind communities, was used by the Eton and Oxford-educated former Tory peer to repair roads on his land in East Sussex.

The track leads to Charleston Farmhouse, an independently run museum and art gallery within the grounds of his Firle Estate.

The museum applied for the funds, even though the drive itself is owned by the millionaire aristocrat.

Visitors to the former home of Bloomsbury artist Vanessa Bell, Virginia Woolf’s sister, had complained for years about the potholes.

One warned in a review: “You risk your car’s suspension – and you need to wear a sports bra.”

But despite the viscount’s wealth being estimated at £15 million, his Firle Estate Management team helped the Charleston Trust secure the cash from the Getting Building Fund, part of the Levelling Up Fund specifically aimed at helping Covid-hit infrastructure, the Mail Online has reported.

Boris Johnson announced the Getting Building Fund to show his administration was “putting its arms around people at a time of crisis”.

The Trust blamed ‘poor drainage’ for corroding the driveway to obtain the grant.

But according to Harry Fone, grassroots campaign manager at the TaxPayers’ Alliance, the cash injection doesn’t represent value for money for the public.

The Charleston Trust said: “Our charity is grateful to South East Local Enterprise Partnership and the Government’s Getting Building Fund for providing the funding needed to rebuild the severely damaged access track.

“The new road provides safer, easier, and greener ways for visitors to reach Charleston and will help support the recovery and growth of the region’s creative and visitor economy.”

The South East Local Enterprise Partnership, through which the grant application was made, said the fund has created 11 new jobs and “helped to boost the local creative and cultural sector”.

The Department for Levelling Up, Housing and Communities said: “Charleston is internationally recognised as a site of cultural importance and this funding will help open it up to more visitors and improve its contribution to the local economy.”

Related: Brexit anniversaries are ‘a wake, not a celebration’, Vince Cable says