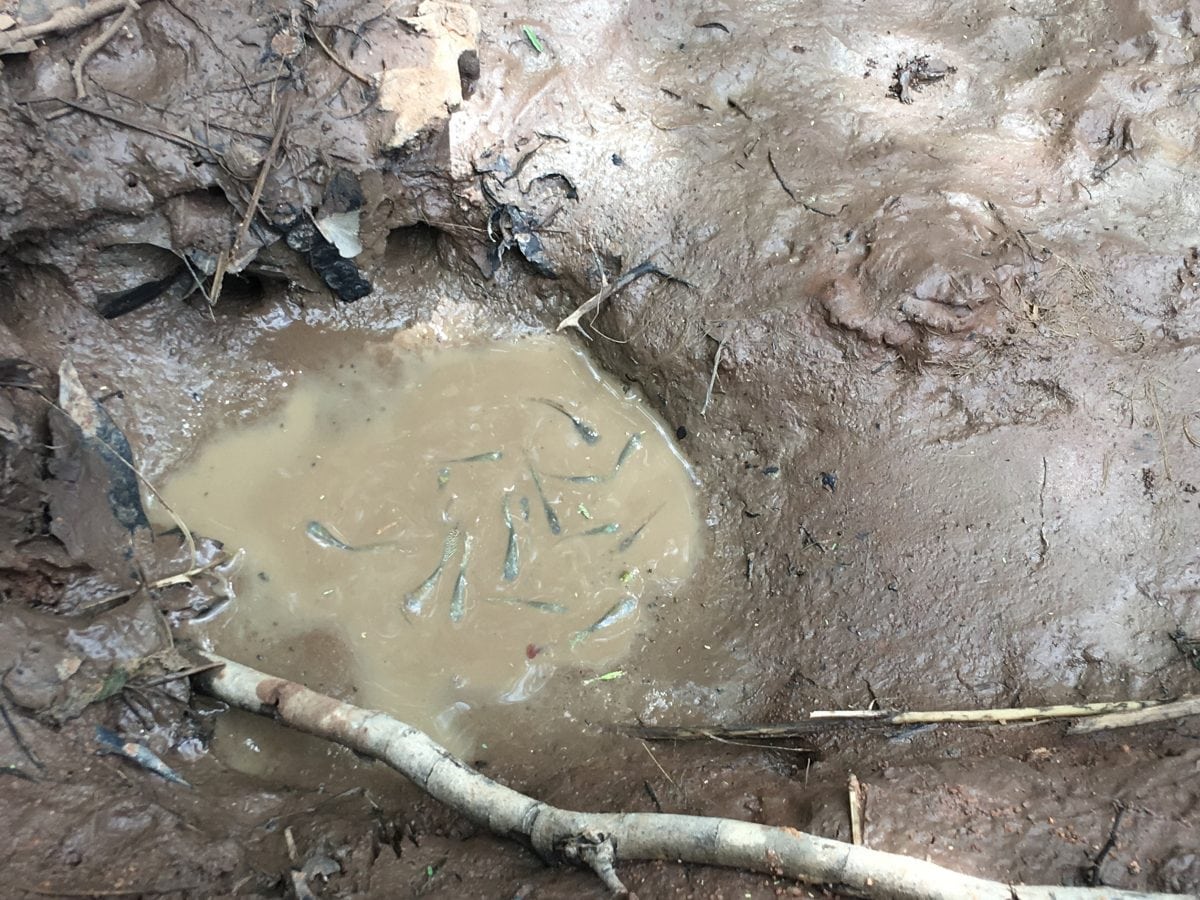 A tiny fish found in temporary puddles in Africa really does live life in the fast lane.

They hatch breed and die within two weeks – quicker than any animal with a backbone, according to new research.

The discovery could shed fresh light on ageing – providing an ideal model for scientists investigating how to extend human lifespan.

Annual killifish are known to live their lives at one of two speeds – either “pause” or “fast-forward.”

In the wild killifish condense their life cycle even more than those held in the lab, the study showed. 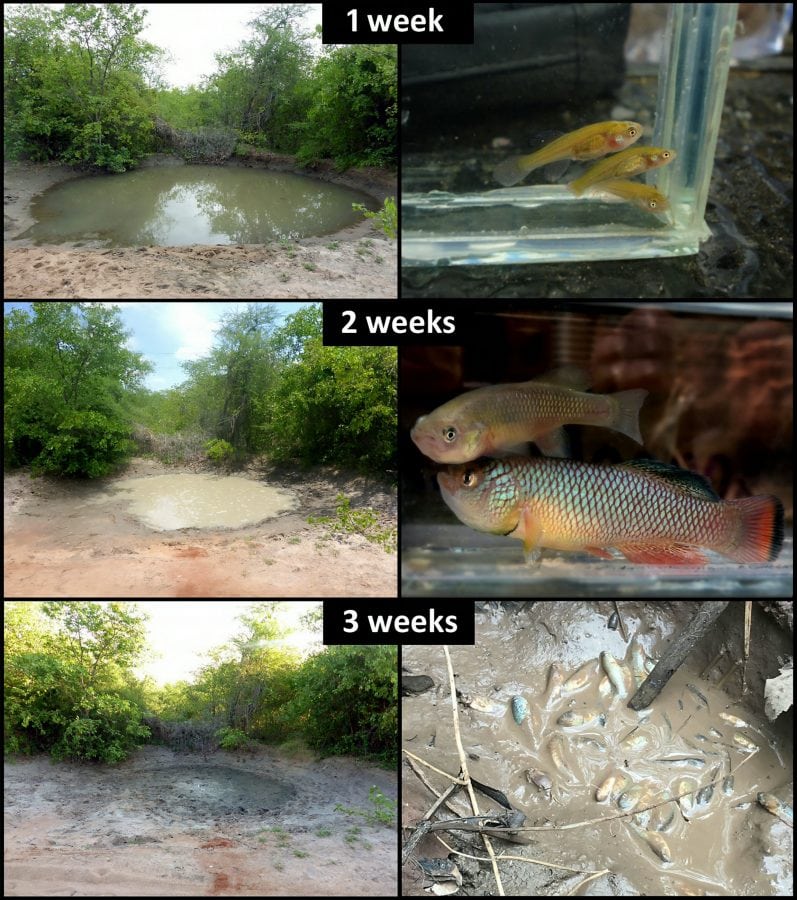 For most of the year, the tiny freshwater fish persist as diapausing embryos buried in sediments across the African savannah, much like plant seeds.

When rainwater fills small depressions across the landscape, the fish must hatch, grow, mature, and produce the next generation before the pool dries up

After hatching from a tiny egg just one millimeter in size the fish grow to their full size of one-and-a-half to two inches (four to five cms) and begin reproducing in 14 days.

This is almost three times as soon as previous estimates in the region of four weeks among captive-bred populations.

Dr Martin Reichard, of the Institute of Vertebrate Biology at The Czech Academy of Sciences said this is “the fastest rate of sexual maturation recorded for a vertebrate.”

The study published in Current Biology has found for the first time just how rapidly this has to happen.

Dr Reichard said: “We guessed some populations of this species could achieve very rapid growth and sexual maturation under particular conditions.

“But we have found that this rapid maturation is the norm rather than a rare exception.” 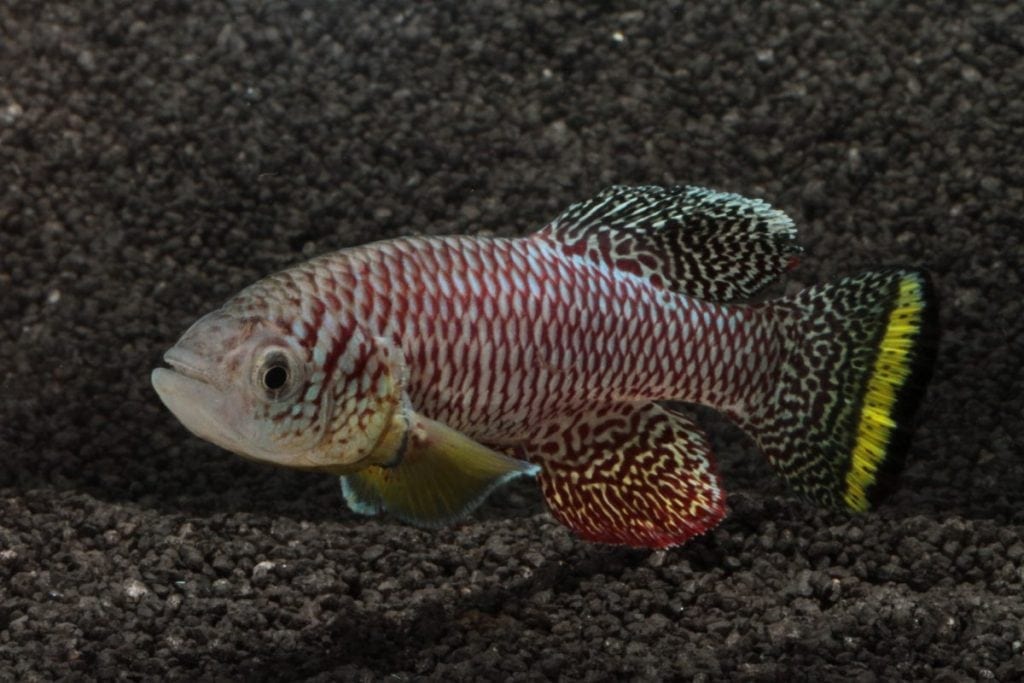 The fishes’ lifespan is also quite flexible with the typical rate in the lab three or four weeks under the best conditions, he said.

But some studies have reported the fish reach sexual maturity in up to 10 weeks – five times longer than what the researchers have now observed in the wild.

Dr Reichard’s lab is interested in the ageing process in wild populations. In most vertebrates it happens gradually – taking years to achieve.

But by studying the killifish they’re able to capture the whole process – following several populations over the course of their whole life in a matter of months.

In that short time the fish show all the signs expected with normal aging, including marked functional declines.

His team made their discoveries by surveying natural populations of the killifish (Nothobranchius furzeri) across its range in southern Mozambique between January and May 2016.

In the wild, these fishes live in extreme conditions of temporary pools that only occur during the rainy season when savannah depressions are filled with water.

Their habitat may dry out in three to four weeks so if they mature very fast they can produce a new generation.

The researchers collected the fish from eight separate pools within a period of three weeks after the pools first filled with rainwater.

By comparing the timing of the pools’ filling and the estimated age of the fish they determined the fish hatched within three days of rain.

Careful analysis of male and female gonads found individuals of both sexes were fully mature within 14 or 15 days.

But being able to develop quickly is only one of the survival strategies these fish use in the changing conditions of the seasonal pools in which they live.

During the dry season, they remain in the soil as dormant eggs and embryos, waiting for the next rains which could be more than a year away, in order to hatch and then repeat the lifecycle. 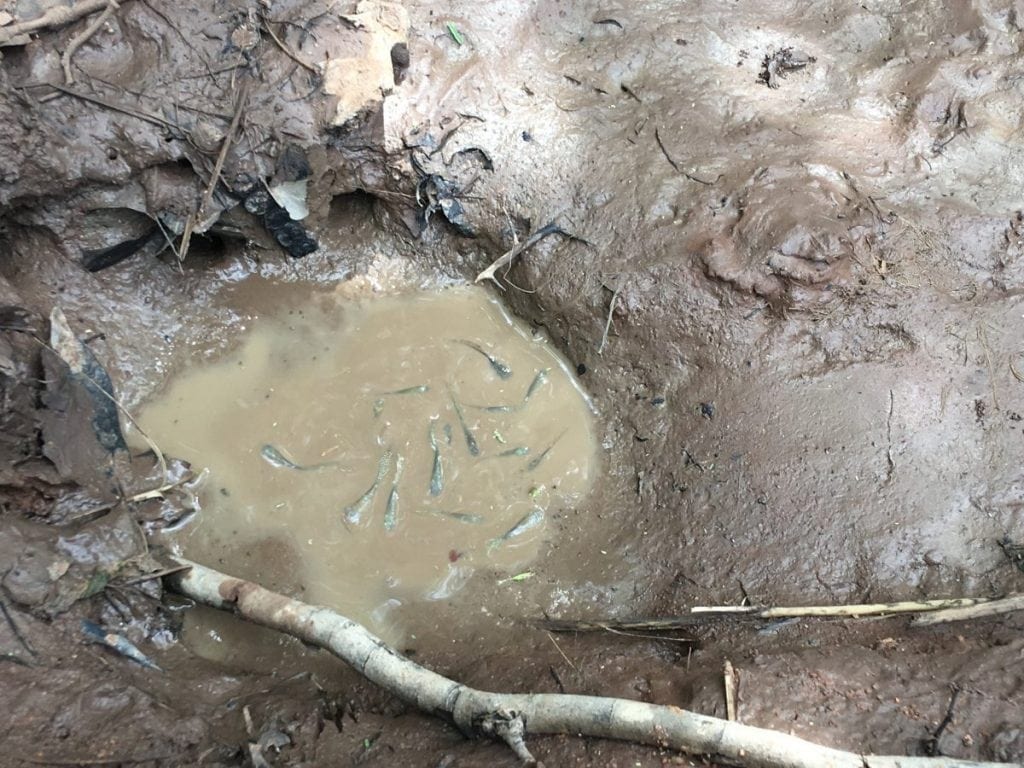 The findings are yet another reminder of how little we know about the diversity of life histories in the wild, said Dr Reichard.

His team will continue to analyse the ageing patterns in these ephemeral populations.

They also hope to explore differences seen within populations – including the reasons why killifish males tend to die sooner than females.

Mayflies have the shortest lifespan on Earth – just 24 hours.

In fact, some members of aquatic insect family die within a few hours.

The only purpose of mayflies is reproduction – with some not even having time to eat before they die.

Within this short period of life, they form groups and dance together on all available surfaces.