"No wonder we feel guilty", he said. 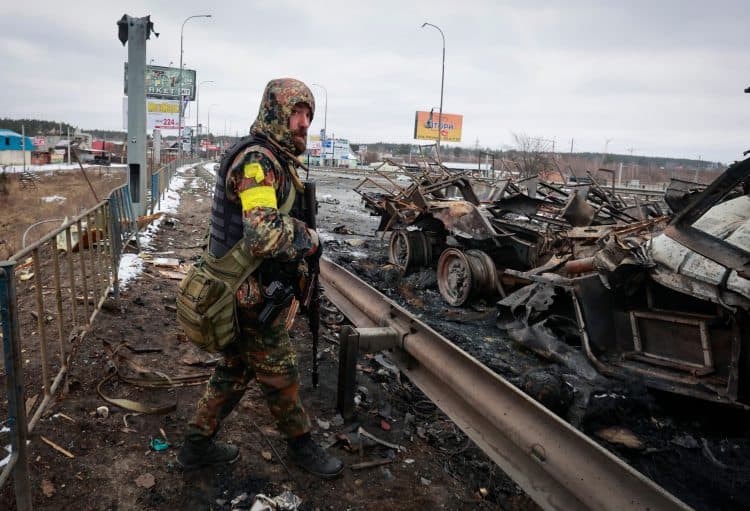 A Sunday Times journalist has blamed the West’s obsession with woke causes for “blinded us to the dangers” of war in Ukraine.

Civilians across the war-hit country were forced to flee as Russian troops continued to shell encircled cities this weekend.

A promised ceasefire in the port city of Mariupol collapsed on Saturday amid scenes of terror in the besieged town, while on the outskirts of the capital, Kyiv, a stream of residents with pets and children crossed the Irpin River on an improvised path under a bridge destroyed by a Russian air raid.

According to Matthew Syed, the West’s “self-obsession” could be to blame for the conflict.

Quoting political scientist Robert Putnam, he said: “We have become more vain and self-obsessed, more focused on rights than responsibilities, more likely to seek fame as an end in itself rather than achieving something worthy of fame.

“We are also more likely to heatedly disagree on trivial matters such as whether the word curry amounts to cultural appropriation — a classic case of what the British anthropologist Ernest Crawley called “the narcissism of small differences”.

“While Xi Jinping was resetting the world order through his Belt and Road initiative and Vladimir Putin was recreating the Russian empire by annexing Georgia and Crimea, we were arguing over gender-neutral toilets.”

Reaction to the column has been mixed, with MP Tom Tugendhat describing it as “essential reading”.

Mike Galsworthy, meanwhile, said he “disagreed entirely” with the op-ed.

“It was entirely the right wing that were obsessing over “woke” issues – bigging it all up, building it up, pushing into articles and new law proposals— look at Dowden,” he said.