The Royal Navy, French navy, Coastguard and RNLI lifeboats were all involved in a major rescue operation off the Kent coast. 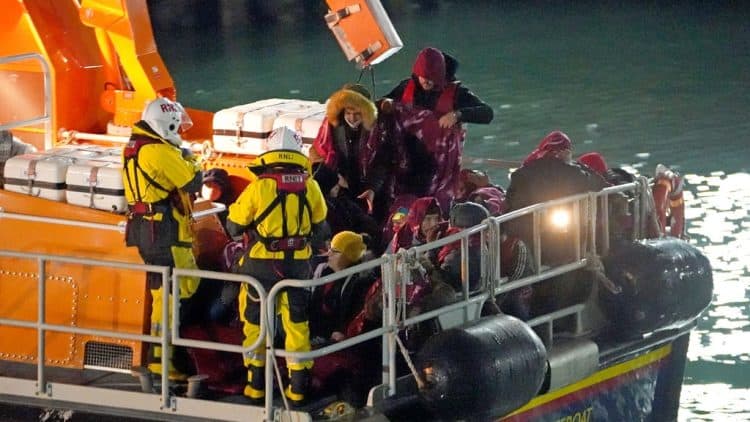 Three people have died after a small boat incident in the English Channel and 43 others were rescued, according to Government sources.

The Royal Navy, French navy, Coastguard and RNLI lifeboats were all involved in a major rescue operation off the Kent coast on Wednesday morning.

RNLI lifeboats were launched from Dover at 3.07am, followed by more from Ramsgate and Hastings.

More than 30 of those rescued were pulled from the water, a Government source told the PA news agency.

It is understood the number of people confirmed dead so far could be likely to rise.

The tragedy came a day after Prime Minister Rishi Sunak unveiled a raft of new measures in a bid to curb Channel crossings as he told MPs in the Commons: “We have to stop the boats.”

More than 44,000 people have made the dangerous crossing this year, Government figures show.

At least 27 migrants died when a dinghy sank while heading to the UK from France in November last year.