Delsie Gayle, a 77-year-old disabled black woman, was verbally attacked by a fellow passenger, who called her an "ugly black bastard". 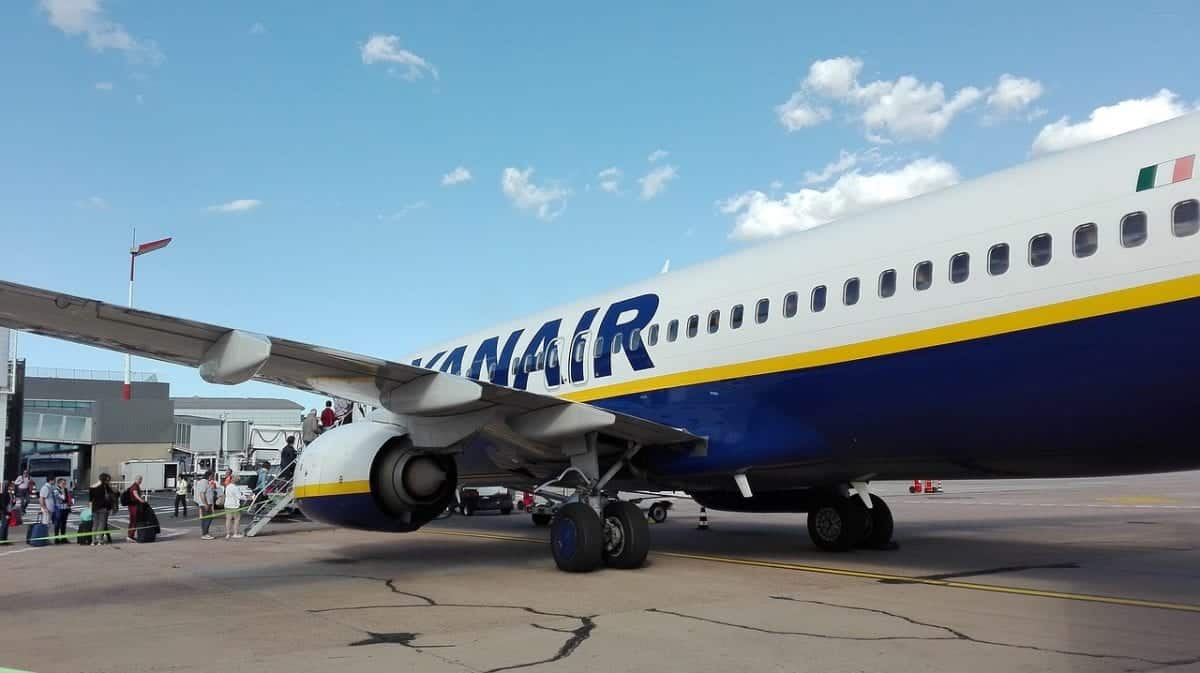 Thousands of people are demanding Ryanair publicly apologise and compensate the elderly victim of a racist tirade on one of its flights.

Delsie Gayle, a 77-year-old disabled black woman, was verbally attacked by a fellow passenger, who called her an “ugly black bastard”.

In a video uploaded to social media, the despicable white man is then recorded adding: “Don’t speak to me in a foreign language, you stupid ugly cow.”

The add insult to injury, staff on the flight failed to eject the man from the plane at Barcelona Airport and moved the victim – who has a “severe disability” and arthritis – instead.

The man is believed to have started verbally berating Delsie, who had been brought on holiday by her daughter to cheer her up a year after her husband’s death, because she took too much time to move out of his way.

The incident took place on a Ryanair flight at Barcelona Airport on October 19, before it left for London Stansted.

But Ryanair has failed to apologise to Delsie or her daughter, although it issued a statement saying it could not comment on the incident as it was under investigation.

Watch: Video slams Minster’s claims NI rise must go ahead to save NHS

Essex police say they have identified the culprit and passed on his details to the Spanish authorities, who are leading the investigation.

The force said in a Facebook post: “We have worked to identify both parties involved in the Ryanair incident and passed this information to the Spanish authorities, who are leading on this investigation.

“Our officers will continue to provide assistance where necessary throughout the course of this case.”

A petition, set up by race equality campaigner Zita Holbourne, has reached more than 3,000 signatures.

It reads: “On Friday, Delsie Gayle, an elderly disabled black woman of the Windrush generation, was subjected to horrific racism by a passenger who hurled racist abuse and insults at her whilst on a Ryanair flight to London.

“Ryanair failed to remove the man from the flight or to support Mrs Gayle. Instead she was made to move seats whilst the man was given a row to himself.

“As an anti-racism / race equality campaigner, I know first-hand the devastating impact racist hate speech and crime and the lack of action can have on individuals and communities.

“That’s why I’m calling on Ryanair to publicly apologise and compensate Mrs Gayle.

“They should provide assurance that they’re crew will protect their passengers better – this could mean a review of policies or training.

“Ryanair failed Mrs Gayle and in doing so failed all of their passengers.

“They had a duty of care towards her – airlines can remove passengers from flights if they pose a threat or are disruptive to other passengers – but they didn’t.

“Mrs Gayle had a severe disability – her family have reported that Ryanair failed to apologise, would not address their concerns on landing and told them to contact customer services on Monday.

“They have been treated like second class citizens – nobody from the airline has contacted them since the incident.

“Mrs Gayle reported that she is unable to sleep, eat, will never get over this incident and is experiencing depression.

“Ryanair reported the incident to the police as video of the abuse filmed by fellow passenger David Lawrence was being viewed millions of times. Action should have been taken earlier.

“Their silence and failure to act continues to be seen as an endorsement of the racist incident that took place on their flight. It give passengers no faith.

“In 1955 Rosa Parks refused to give up her seat on a bus to a white man leading to the Montgomery bus boycott. 63 years later Ryanair standby whilst a white man demands no black person sits next to them.

People signing the petition have slammed the airline saying “they should of removed that vile racist man”.

“They should of removed that vile racist man!

“How dare they remove her from her seat, she was the victim!”

Nicola Evans said: “Your crew did nothing to protect this vulnerable lady against a hate crime.”