When even school children are going on strike, it’s a pretty shocking state of affairs. If you’re undecided, unsure of the importance of voting in local elections, please read this and figure out where your local council is likely to stand on this issue worth billions of pounds of our local assets and the education […] 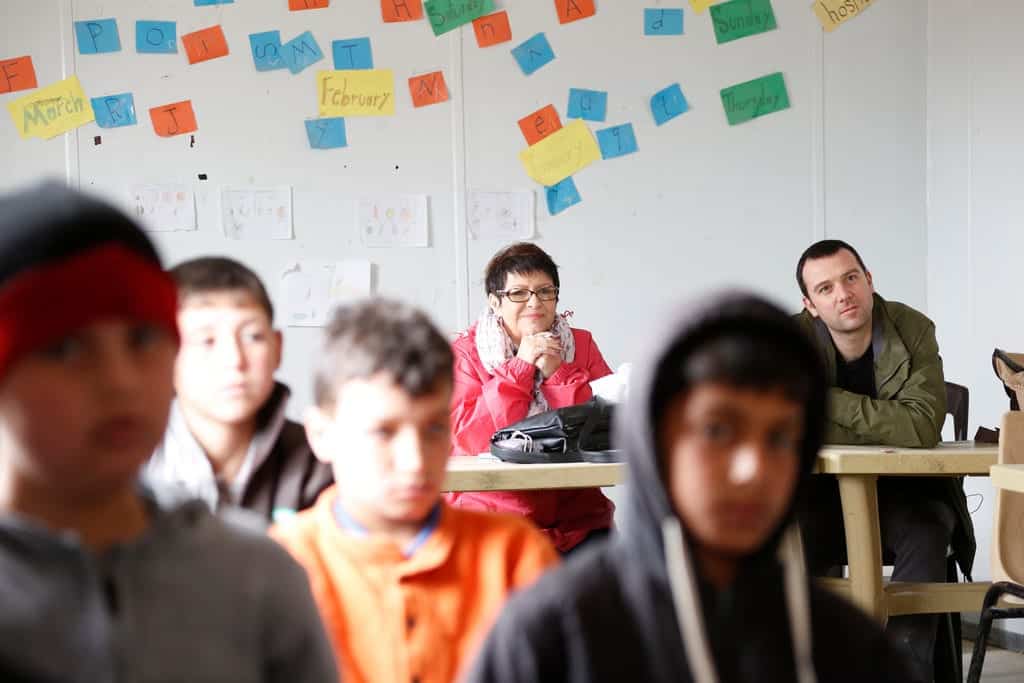 When even school children are going on strike, it’s a pretty shocking state of affairs.

If you’re undecided, unsure of the importance of voting in local elections, please read this and figure out where your local council is likely to stand on this issue worth billions of pounds of our local assets and the education of not just this generation of school children, but future ones too.

This week, my nine-year-old joined thousands of other children in #LetKidsBeKids strikes around the country, protesting the government’s much derided new SATs tests for primary school years 2 and 6.

Parents, teachers, headteachers, educationalists around the country are concerned that the government’s mandatory grammar and numeracy tests for 5 – 7 year olds and 10 -11 year olds will turn much of our children’s primary years into joyless cramming for stupidly difficult and obtuse questions – Questions that even schools minister Nick Gibb couldn’t get right when challenged:

Education Secretary Nicky Morgan was conspicuously absent as parents resorted to the unprecedented #KidsStrike3rdMay protests removing their primary children from school for the day and taking them to hundreds of events around the country.

Last May when David Cameron reappointed Nicky Morgan as Education Secretary in a cabinet reshuffle, the beady eyed former corporate lawyer sought to allay teachers’ fears by vowing to make teachers’ mounting workload an “absolute priority”. This after Morgan – the former Minister for Women and Equalities who voted against legalising same-sex marriage – promised a year’s notice for any significant changes to qualifications and curriculums.

Well according to demoralised teachers this week, Morgan certainly made good on her vow to  make their mounting workload an “absolute priority.” Why would she do this? Well perhaps another policy that never appeared in the Conservative manifesto and being forced on schools has much to do with it – but we’ll get to that below… 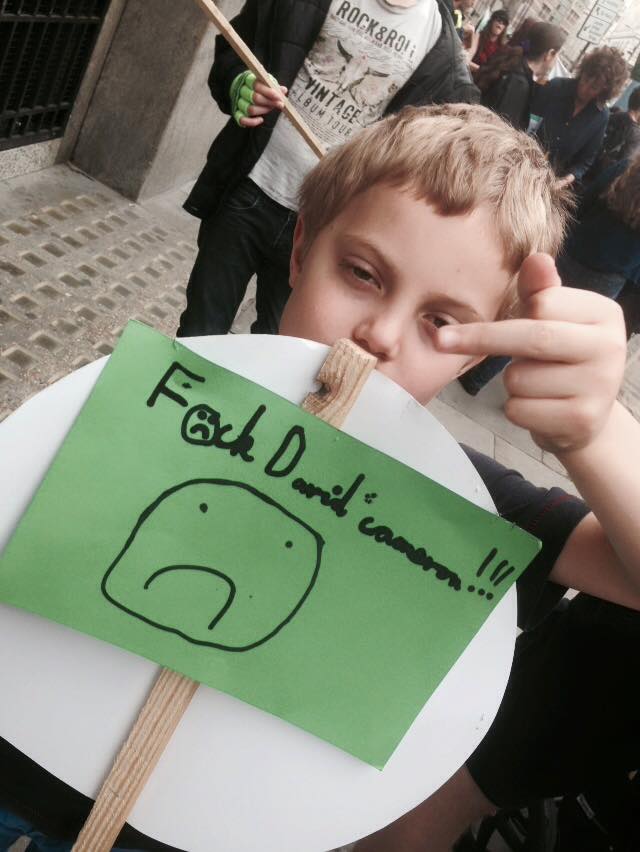 A recent survey by the National Union of Teachers revealed that  75 per cent of heads feel teacher morale had declined over the past two years and 49 per cent of teachers are thinking of quitting.

One headteacher in County Durham resigned after nine years at the helm of a school ranked “Good” by Ofsted in protest at the increasingly ridiculous SATs.

Jed Gargan, head of Aycliffe Village Primary School, wrote to parents warning that “the current system is putting too much pressure, not just on pupils, but on our hard working staff, too. Teaching to the test is becoming the norm and there is a move away from the broad and balanced curriculum as teaching focuses on a test.”

The new SATs regime, he cautioned, “will not raise standards. They will turn pupils off from what should be an exciting time in their lives.”

These sentiments were echoed in a letter our local primary school heads wrote together to the Education Secretary, warning of “unfavourable and damaging future outcomes.”

And by teaching professionals and school governors around the country. Cath Hill, a school governor in Lancaster who kept her two young boys off school to attend a local #LetKidsBeKids educational event, told me: “Children aged 10 and 11 are being tested on aspects of grammar previously taught to second year linguistics undergraduates. I defy most adults to tell me what a fronted adverbial is, or that they’ve missed out in their working life by not knowing! Yet this is what our government is testing my child on. The pass mark is 65 per cent and children who ‘fail’ will go to high school facing the indignity of yearly resits until they pass.”

“Setting pupils up to fail.”

Tory education secretaries have never been ones to trust teachers to know best how to get on with their jobs of teaching our children. But forced academisation of schools and the rapidly changing examination hoops children are being asked to jump through seem particularly cruel.

Indeed many school leaders have been suggesting that against all warnings, the Government is purposefully setting schools up to fail.

This would helpfully soften schools up to the unpopular forced privatisation that David Cameron announced with his policy – one funnily enough absent from the Tory manifesto last year – that all schools become academies.

93 per cent of headteachers are against the Tory proposal that every school becomes an academy. There is little evidence that education standards would change, and even evidence that Local Authority maintained schools outperform academies. In fact it was recently revealed that one-in-five academies have been failing, for on average two-and-a-half years.

More sinisterly, there is lots of evidence that schools belonging to our nation will be given to academy chains, with funds often squirreled abroad for tax purposes. (Ask BHS staff with a pension, or better still, former Tory adviser Sir Philip Green on his Monaco yacht what could possibly go wrong there.)

It’s hard to see how any of this saves the taxpayer money or doesn’t cut into the budget for our children’s education. According to the Department for Education’s own figures, the average balance of each academy bank account is £586,000, nearly five times more than the average council maintained school, which has £116,000.

Before 2010 councils in England held the title deeds to schools and land valued at over £2.5 billion, all of which will, if David Cameron gets his way, be transferred to private academy companies, with the tax payer picking up the tab for the legal fees.

– Like, for example, the 34 academies run by Ark Schools chaired by Tory donor and former Conservative Party Treasurer Lord Stanley Fink. Fink, known in the city as the “Godfather” of hedge funds, came under fire by Ed Miliband for “tax avoidance” and famously retorted“everyone does tax avoidance at some level.” But that hasn’t stopped his hedge fund manager run academy group from being given deeds to our schools worth millions.

A cynic might view the push to forced academisation as yet another asset stripping of our nation’s assets. – Just like the NHS contracts worth £3.54bn transferred into private hands last year alone. And like our health service with its £2billion deficit, it appears our schools and our children are now being set up to fail too, also part of this government’s insane asset-stripping, privatising bonanza.

And though my son enjoyed doing a bit of work experience with me, posting envelopes and shredding paper last week in solidarity with his fellow pupils and teachers, I really hope that children’s strikes don’t become as regular a fixture of this government as those of medics and teachers.