By Darragh Roche Anyone who thinks taking down a statue of Cecil Rhodes will strike a blow against racism is delusional. The small, loud and opportunistic group of Oxford students demanding that Oriel College remove the statue are wasting everyone’s time and will achieve nothing. The statue of a man who has been dead since […] 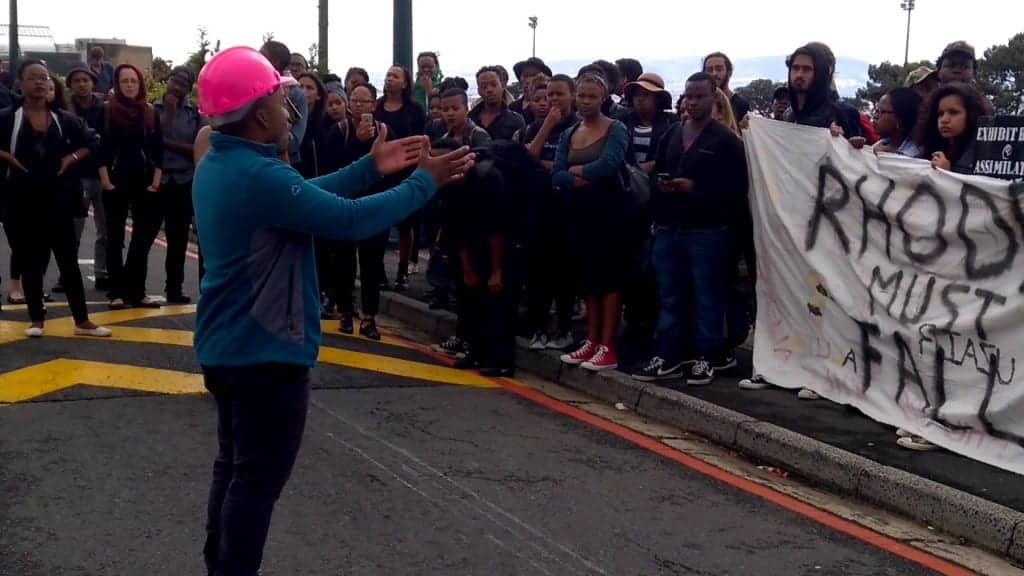 Anyone who thinks taking down a statue of Cecil Rhodes will strike a blow against racism is delusional. The small, loud and opportunistic group of Oxford students demanding that Oriel College remove the statue are wasting everyone’s time and will achieve nothing. The statue of a man who has been dead since 1902 has as much bearing on modern racial politics as a portrait of Henry VIII has on church-state relations.

Once again an attention-seeking student organisation has generated a controversy where none existed and picked a very easy target. Rhodes was unquestionably a racist, remarkable even for his own racist age. If Oriel were publishing pamphlets praising Rhodes there would be a legitimate debate about the college’s attitude to the colonialist. In fact, a very small but very vocal group has channelled the currents of outrage to rail against a statue hardly anyone sees and very few would recognise if they did.

University campuses are increasingly becoming factories for outrage where students seeking a ’cause’ to get angry about or possibly trying to carve a niche for themselves find something to organise against. It’s infinitely easier to protest against a statue than propose real changes to problems like racial inequality, biased curricula, class-based admissions or any number of real problems faced by racial minorities, the disabled and LGBTQ people on a daily basis.

The leader of the ‘Rhodes Must Fall’ campaign tweeted that Oriel’s decision not to remove the statue show that ‘black lives are cheap at Oxford’. Cheap shots like that win approval from keyboard warriors who are offended by six things before breakfast and their allies on campus whose inter-generational anger is so often misdirected. Aping the language of the Black Lives Matter campaign is deliberate and disgraceful. While unarmed black teenagers are murdered by police in America, Oxford students in receipt of Rhodes scholarships think their lives are cheapened by stone effigies of Victorian imperialists. The entire campaign stinks of privilege.

This is the same sort of campaign that virulently campaigned against campus visits by feminist author Germaine Greer and the Guardian’s Julie Bindel. These writer’s views (or previous one-time statements) were dubbed ‘dangerous’ to transgender students. While the vast majority couldn’t care less, small groups of very angry, very self-righteous students cooked up controversies and made national headlines in the process. University adminsitrations were taken hostage, individuals and institutions were viciously maligned and not one transgender student was better off for it.

The question that goes unasked is ‘Why is there so much anger?’ The anger is there, bubbling under the surface, just waiting to latch on to an issue. Protests against ‘transphobic’ writers, racist statues or, on some US campuses, exaggerated slights from staff, give this anger a voice. Now look at Donald Trump. The populist blowhard has given millions of angry, mainly white Americans something to shout about. Before Trump, they knew they were mad as Hell, but they lacked focus. On the left, Bernie Sanders is winning over the angry, young liberal vote while all over Europe the disenfranchised are finding satisfaction by funnelling their anger into anti-Muslim organisations, anti-refugee demagogues, hard-left populists and a bric-a-brac of other causes. Rhodes Must Fall is just the latest.

It’s hard to get angry about structural inequality or misapplied economic policy. There’s no visceral connection, no clear object to focus the hatred. The election of Jeremy Corbyn and rise of Donald Trump are two results of disaffected people desperately seeking something concrete in a world where problems are increasingly abstract and multi-faceted. The debate about Cecil Rhodes’ statue is unnecessary and unhelpful. It’s tempting to take your anger out on stone, like Muslims during the Hajj throwing stones at pillars representing the Devil, but it only distracts from real solutions to real problems.

If Oriel bowed to the protestors and took down the offending statue, black students at Oxford would still face all the tangible problems they do today, but some angry students would have to find the next outrage. But don’t worry, there’s always a next one.