GB News launched on Sunday 13 June and Andrew Neil presented his last show on the 24th of the same month. 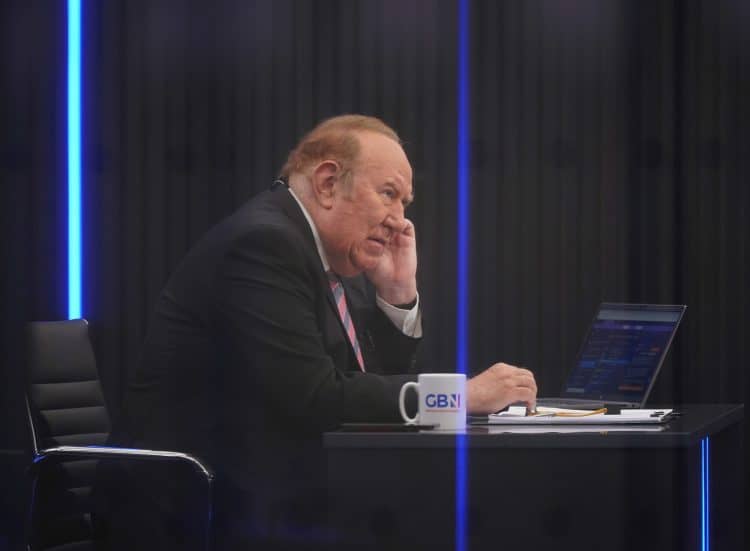 Andrew Neil has stepped down as chairman of GB News, it has been confirmed.

The journalist and broadcaster, 72, has been absent from the channel after announcing a break two weeks into its launch.

He will continue to contribute to GB News as a regular guest commentator.

He said: “I am sorry to go but I have concluded it’s time to reduce my commitments on a number of fronts.

“Over the summer I’ve had time to reflect on my extensive portfolio of interests and decided it was time to cut back.”

He added: “I wish GB News well in continuing to fulfil its founding promise and mission to reach audiences currently underserved by existing news broadcasters.”

A statement from GB News said: “Andrew is without doubt one of the finest journalists and interviewers in this country.

“GB News thanks him for his 12 months of leadership, wisdom and advice, and we wish him well.”

GB News launched on Sunday 13 June and Andrew Neil presented his last show on the 24th of the same month.

More likely than ever now that GB News will go down in history as the Eldorado of TV current affairs.

Join me on @GBNEWS at 7pm when I speak to Andrew Neil in his new role as contributor and commentator for the channel.

Well, we were right about GBeebies, and Andrew Neil was wrong. And he’s gone…..

Andrew Neil used to mock falling readership or viewing figures of others with “get woke, go broke”.

I think “go fash, lose cash” has a ring to it. https://t.co/npjRJmBeqb

Elvis has left the building https://t.co/jVxdiv1oil

It would have been great if the UK actually had appetite for the kind of news channel Andrew Neil loudly and not particularly convincingly pretended he was building.

Now I guess the hope is it also doesn't have any appetite for what he actually and inevitably built instead.

If anyone is wondering how quickly GB News staff will be welcomed back into polite media, Fiona Bruce revealed today Andrew Neil is on Question Time in the next series

I note, with some interest, that Andrew Neil has been RTing some ITN content recently.