Melania Geymonat and Christine Hannigan were targeted by a group of youths on a night bus in north London in May. 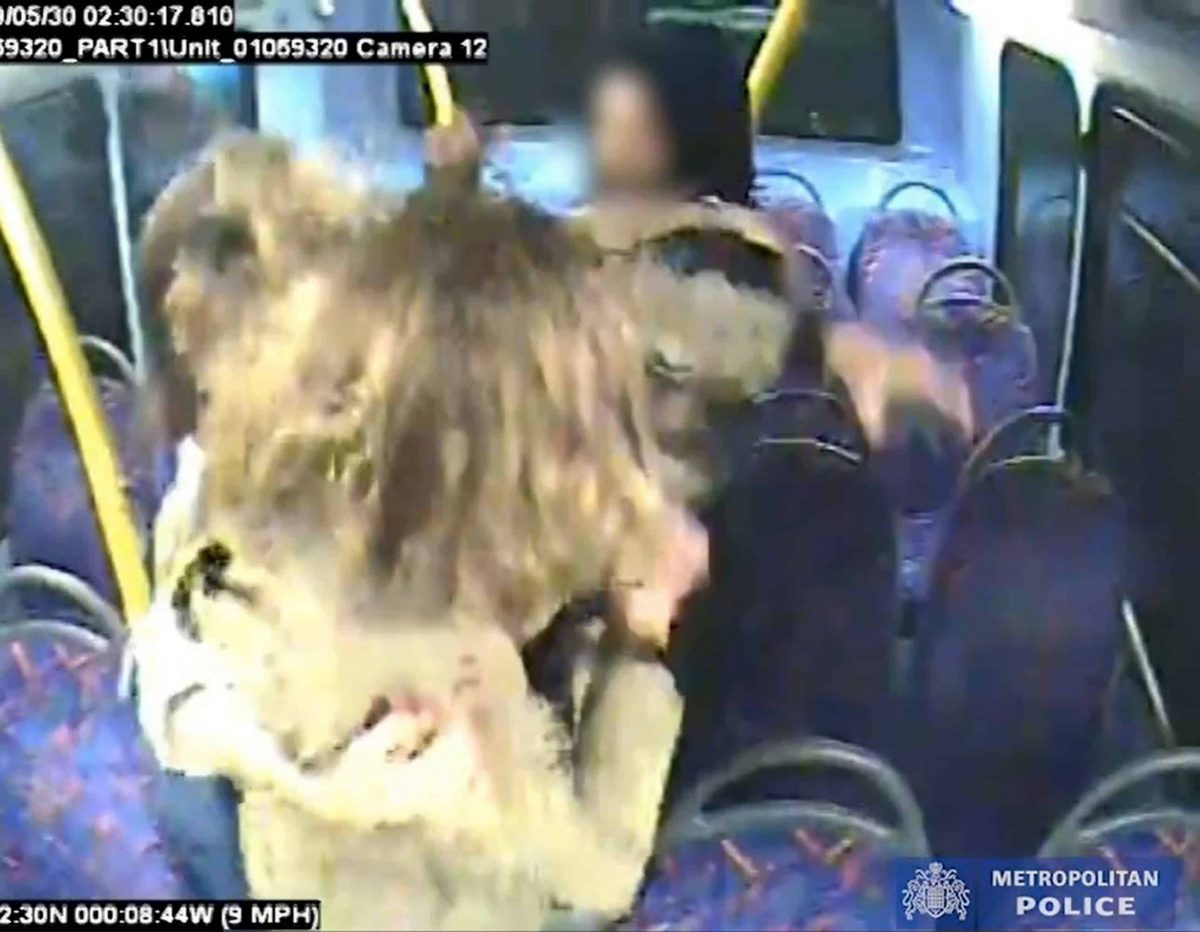 Handout CCTV grab issued by the Metropolitan Police of Melania Geymonat and her girlfriend Christine Hannigan being surrounded by a group on teenagers during an incident on a London bus in the early hours of May 30. A teenager who admitted targeting a same-sex couple on a night bus after they refused to kiss will be sentenced later on Thursday.

A 16-year-old boy who harassed a same-sex couple on a night bus and then stole one of their handbags after they refused to kiss has only been handed a referral order.

Melania Geymonat and Christine Hannigan were subjected to homophobic slurs and gestures by a group of teenagers shortly after 2.15am on May 30.

CCTV of the incident shows the pair were surrounded and hit with coins before a fight broke out while they were travelling on the top deck of the N31 bus in north London.

Three teenagers – aged 15, 16 and 17 – admitted targeting the women shortly before they were due to go on trial last month.

Appearing at Wimbledon Magistrates’ Court on Thursday, the 16-year-old was given an eight-month youth referral order, increased from six months due to the homophobic nature of the attack.

The youth, who cannot be named due to his age, admitted using threatening, abusive or insulting words or behaviour to cause harassment, alarm or distress against the two women.

Both the handbag and phone were later recovered after the 16-year-old was arrested at his south London home.

Andrew Mooney, mitigating, said the 16-year-old had not thrown coins or made homophobic gestures like his co-defendants.

But chair magistrate Peter Bullet uplifted the sentence due to the homophobic nature of the incident in general.

Mr Bullet said: “By all accounts this was an unpleasant situation with offences committed by a large group in the early hours in a public space against two women on their own.

“It would seem it was both a homophobic trigger and the context for this offending behaviour.”

Addressing the court after his sentencing as part of a restorative justice programme, the 16-year-old accepted he had hurt the two victims as well as his own family and friends.

When asked to explain how he could make it up to the people he had hurt, the teenager replied: “Show them that’s not the person I am.”

Prosecutor Maria Slater said the two women were surrounded by a group of boys shortly after boarding the bus because they were being “affectionate towards each other”.

She said: “Ms Hannigan stated that the group surrounded them and began started making reference to their sexual orientations and saying things like ‘oh lesbians’ and ‘do you scissor?’”

Ms Slater added: “They also said the group tried to make them kiss and engage in some form of sexual activity.”

In a statement made at the time, Ms Geymonat said: “I am feeling so angry and upset right now, I am feeling a strong pain.”

The prosecutor added: “She believed that this only happened because she is a lesbian and because they were lone females at night.”

The 17-year-old youth previously denied joining in with the two other boys and harassing the women because he thought they were lesbians.

However last month a judge rejected his claim and found he was motivated by hostility towards the two women for their sexual orientations.

He received a four-month youth rehabilitation order and supervision.

The third boy, aged 15, will be sentenced on December 23.