“Teachers are increasingly angry that their pay is not keeping pace with the soaring cost of living, as inflation reaches unprecedented levels." 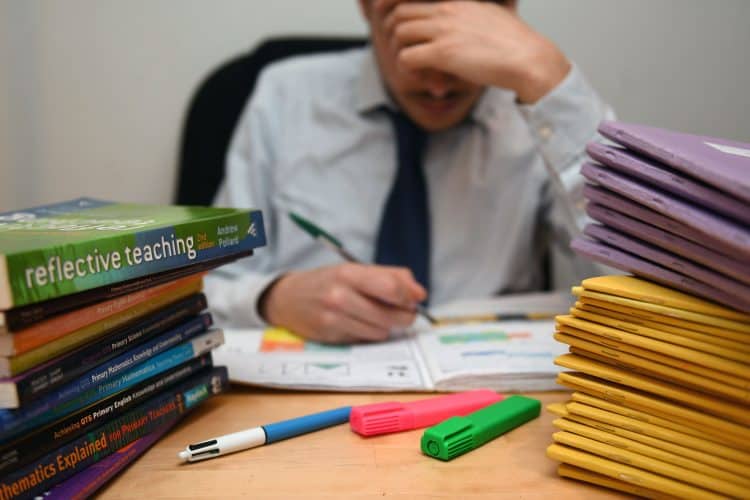 Teachers have been told to reject an “insulting pay offer” as Scotland’s largest teaching union opens a ballot on industrial action.

A consultative ballot has now been launched to determine whether teachers want to take strike action over the “wholly unacceptable” offer.

Teachers will have until September 16 to vote in the online ballot.

If teachers decide to walk out of the classroom, they will be the latest in a series of public sector workers taking industrial action over pay.

Refuse workers have returned from a strike across the country, but threaten to walkout again next week if a fresh pay offer in not made.

Workers in schools and early years learning, including janitors, will also take part in a three-day strike next week.

She said: “Teachers are increasingly angry that their pay is not keeping pace with the soaring cost of living, as inflation reaches unprecedented levels, and are impatient for the union to take action on their behalf.

“The latest figures from the Office for National Statistics (ONS) confirm that the RPI rate of inflation in August was 12.3%, while the CPI rate was 10.1%

“ONS figures also indicate a 96% rise in gas prices, a 54% increase in electricity prices, and an average 20% increase in the cost of many basic foodstuffs.

“This is the context in which local authorities are offering a 5% pay settlement – far below the rising cost of living and, effectively, a deep and painful real-terms pay cut for Scotland’s hard-working teachers, some of whom are already experiencing in-work poverty.”

She said Cosla, local authorities and the Scottish Government have “dragged their feet” while offering a series of “pitiful” pay offers.

The union is demanding a 10% pay increase.

Ms Bradley added: “It is time for Cosla and the Scottish Government to stop playing political games and to work constructively to deliver a fair pay settlement for Scotland’s teachers.

“EIS members can collectively increase the pressure on employers and Government by using their vote in this important ballot, rejecting the totally inadequate pay offer and delivering an overwhelming vote in favour of strike action.”

Teachers’ union NASUWT has also confirmed it will reject the pay offer tabled by Cosla after 83% of respondents said it was “inadequate”.

Some 582 teachers responded to the snapshot survey conducted in late August.

Patrick Roach, NASUWT general secretary, has urged Cosla to come back with a “vastly improved offer”.

He added: “If they fail to do so we remain committed to balloting members this term for industrial action.”