The head of the UK Statistics Authority criticised the way the figures are presented at the daily Downing Street briefings. 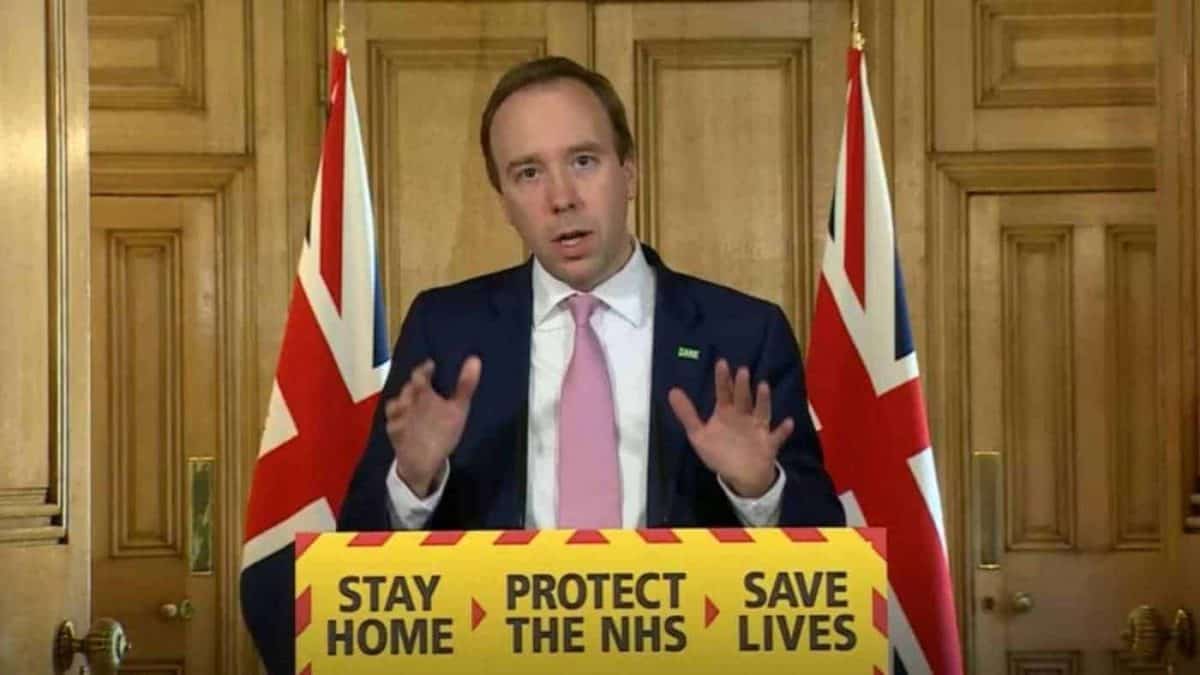 Health Secretary Matt Hancock has been rebuked by the UK’s statistics watchdog over coronavirus testing figures which are “still far from complete and comprehensible”.

UK Statistics Authority chairman Sir David Norgrove said “it is not surprising that given their inadequacy data on testing are so widely criticised and often mistrusted”.

He criticised the way the figures are presented at the daily Downing Street briefings, with the headline total including both tests carried out and those which have been posted to recipients but not yet conducted.

“It is not surprising that given their inadequacy data on testing are so widely criticised and often mistrusted.”

“The first is to help us understand the epidemic, alongside the ONS survey, showing us how many people are infected, or not, and their relevant characteristics.

“The second purpose is to help manage the test programme, to ensure there are enough tests, that they are carried out or sent where they are needed and that they are being used as effectively as possible.

“The data should tell the public how effectively the testing programme is being managed.

“The way the data are analysed and presented currently gives them limited value for the first purpose.

“The aim seems to be to show the largest possible number of tests, even at the expense of understanding.

“It is also hard to believe the statistics work to support the testing programme itself. The statistics and analysis serve neither purpose well.”

Issues raised by Sir David include:

– Lack of data on how many of the tests posted out are in fact then successfully completed.

– Lack of information at the daily press conference of the date when tests were carried out.

– Figures giving an “artificially low impression of the proportion of tests returning a positive diagnosis” because they only include diagnostic tests and not surveillance ones.

He called for test results to include information on what kind of employment people were in – for example care home or medical staff – their age, gender and location.

To avoid repeating the problems with testing figures, Sir David called for “key metrics” for the NHS Test and Trace programme to be “developed systematically”.

“The statistics will need to be capable of being related to the wider testing data and readily understood by the public, through for example population adjusted maps of hotspots,” he suggested.

Sir David said that “good evidence, trusted by the public, is essential to success in containing the virus”.

A Department of Health and Social Care spokesman said: “The Secretary of State has spoken to Sir David and reiterated the Department’s commitment to continuing to work closely with the UKSA to address their concerns.

“We have sought to work closely with the UKSA throughout our response to coronavirus to ensure statistics, which are prepared in very challenging circumstances, are presented in the best way possible.

“Our approach throughout has been to increase transparency around the government’s response to coronavirus.”