A post-mortem examination will take place on the 13.3m-long young male , who was first spotted in the waters in Newbiggin-by-the-Sea yesterday. 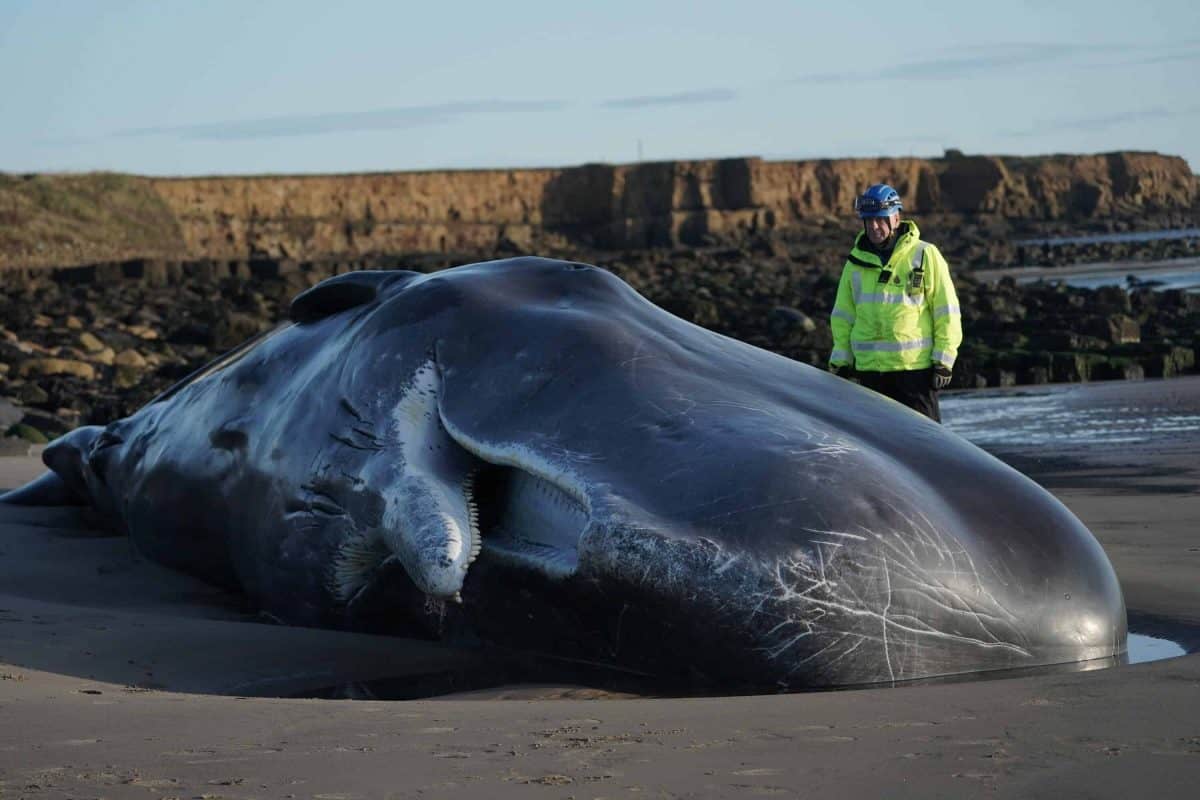 A sperm whale, spotted dangerously close to the Northumberland shore yesterday, has beached itself and died.

A post-mortem examination will now take place on the 13.3m-long young male to determine why it died.

The whale was seen in the shallow waters in Newbiggin-by-the-Sea for more than a day. It is estimated to weigh around 30 tons.

Sperm whales, the largest of the toothed whales, are not often seen in the North Sea as it lacks the giant and colossal squid they would usually feed on, which are to be found in more tropical waters.

On Friday, a spokeswoman for British Divers Marine Life Rescue (BDMLR) said the animal was “probably not going to survive” due to the lack of food.

Sightings of sperm whales in UK waters are “very rare”, she added.

A spokesperson for the BDMLR said this morning: “It is very important to note that cetaceans (whales, dolphins and porpoises) are mammals like us humans, and therefore able to carry serious diseases that can be transmitted between us.

“We would advise members of the public to avoid all contact with the carcass and any bodily fluids to avoid any risk of infection from them – there is the possibility that this may have been an animal that was already ill.

“Incidents like this do tend to draw crowds and we would urge people to please be respectful of this situation and advice provided.”