A transit van was used to smash into the store and was left at the scene before moped raiders snatched items at the Knightsbridge jeweller's. 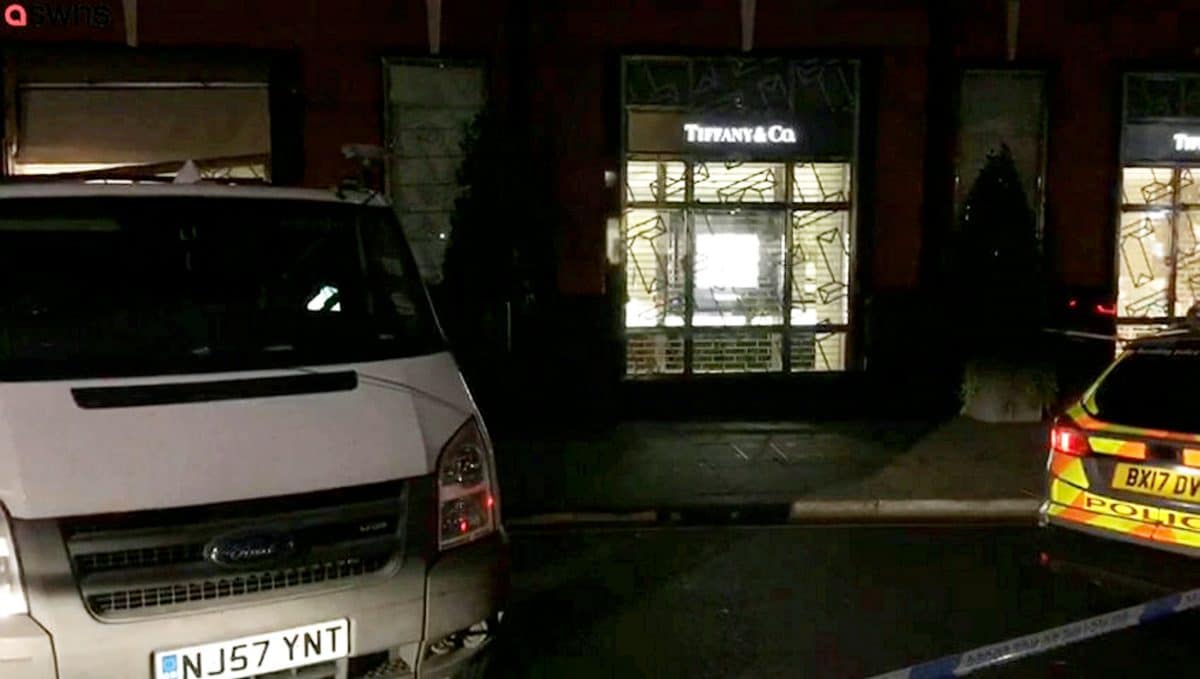 A transit van was used to smash into the store and was left at the scene before moped raiders snatched items at the Knightsbridge jeweller’s.

The raid happened just before 3am this morning.

The raiders fled the scene with a large number of precious jewels on mopeds just before 3am.

Officers can be seen inside the shop, which will remain closed for the rest of the day.

Police took photos of at least two sets of footprints left on the pavement among the shattered glass, which appear to have tread patterns from Nike Air Force and Air Max 97 trainers.

A sign on the window said: “Tiffany & Co Sloane Square will remain closed today due to unforeseen events.”

The white van used to plough into the shop has been taken away.

A Scotland Yard spokesman said: “Police were called at 02:56hrs on Friday, 26 April to Sloane Street SW1 following reports of a smash and grab at a jewellers.

“A transit van is reported to have driven into the shop front before a number of accompanying mopeds stole a quantity of items from the shop window.

“All those involved then fled. The transit van was left at the scene.