A dodgy landlord has been slapped with a huge fine after he was found cramming 18 people into a flat, which was dangerous to live in. This area of London usually hosts the super-rich, living in lavish luxury, but not at this particular address. Abbas Rasul,64 was making a staggering £15k a month letting out […] 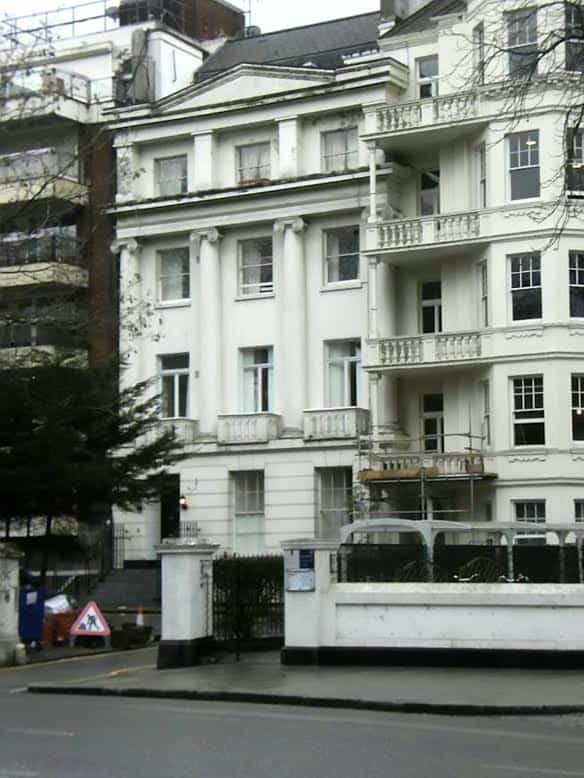 GV of 36 Hyde Park, London. A rogue landlord has been fined more than £150,000 after cramming 18 tenants into a dangerous flat on the historic street where Sir Winston Churchill died. See SWNS story SWROGUE; Abbas Rasul, 64, was raking in almost £15,000 PER MONTH by letting out the apartment in a Grade II listed building in Kensington, London. Despite being on the prestigious street of Hyde Park Gate, which has been home to embassies and members of high society for decades, the apartment was an overcrowded mess. It was divided using flimsy pieces of plasterboard as makeshift partitions to create 14 rooms which were lived in by 18 people.

A dodgy landlord has been slapped with a huge fine after he was found cramming 18 people into a flat, which was dangerous to live in.

This area of London usually hosts the super-rich, living in lavish luxury, but not at this particular address.

Abbas Rasul,64 was making a staggering £15k a month letting out the dwelling, which is in a Grade II listed building in uber-pricey Kensington, West London. Properties can be sold for tens of millions and attract buyers from all over the world.

The street, Hyde Park Gate, is also where Sir Winston Churchill took his last breath. The street has also accommodated embassies and the upper classes for hundreds of years.

However, Rasul’s apartment was a death trap, he divided the flat using flimsy partitions to create 14 “rooms.”

The tenants were forking out a huge £800 a month to live there,, even though there were no smoke detectors, fire doors and a dangerous gas boiler.

Mr Rasul, along Grosvenor Property Investments Ltd and London Victoria Estates Ltd which he is the sole shareholder and director of, were found guilty at Hammersmith Magistrates’ Court of failing to license a House in Multiple Occupation along with 22 further charges under HMO Management Regulations.

On sentencing, the magistrates said: “In coming to our decision we took into consideration there had been a lack of compliance over considerable amount of time and an attempt to obstruct officers in their investigations.

Cllr Rock Feilding-Mellen, deputy leader of the Royal Borough of Kensington and Chelsea and cabinet member for Housing, added: “Tenants were living in crowded conditions created by illegal and unsafe alterations.

“I am very pleased that following a thorough investigation by our officers the court has handed down this sentence.”