Shadow chancellor John McDonnell has labelled the Tories “sick and sneaky” following their manifesto pledge to limit the number of pensioners who get winter fuel payments. An estimated 9,000 people died in England and Wales as a result of living in a cold home in the winter of 2014-2015. A University College London (UCL) study calculated that […] 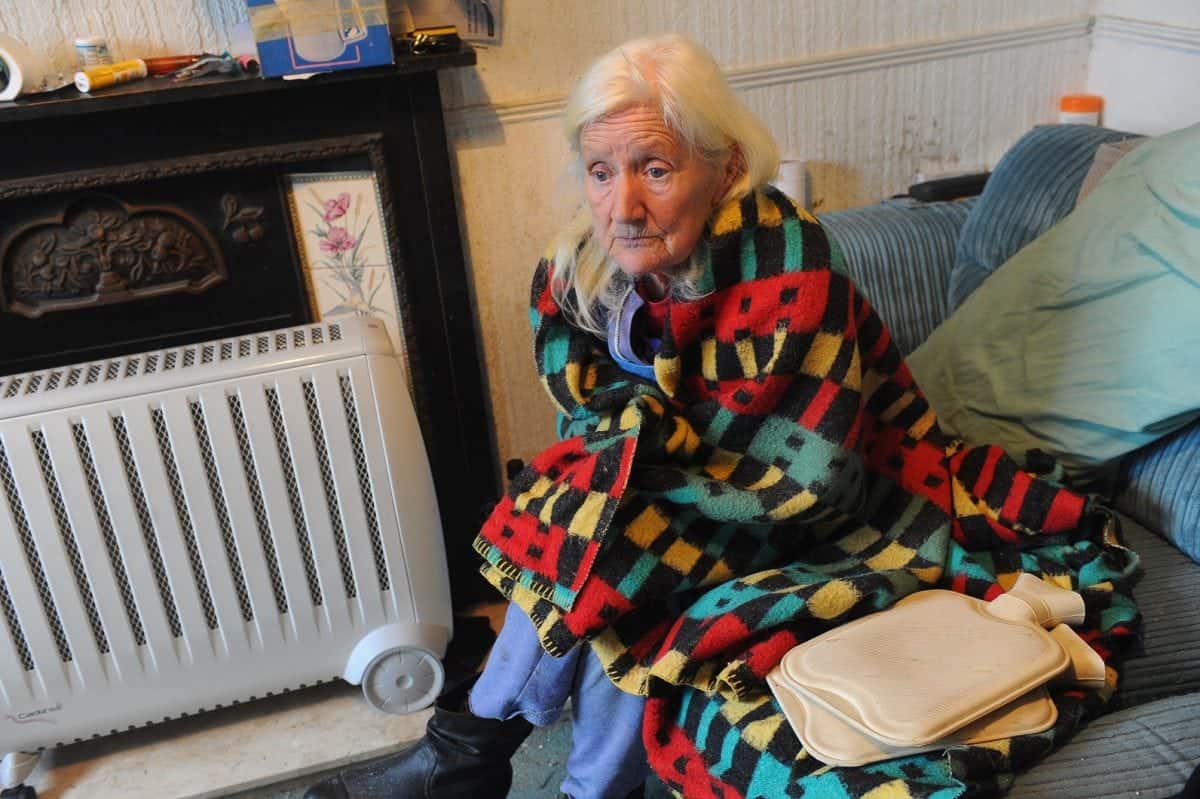 Pictured is Shirley Walsh at her home on Kathleen Road, Hull, where she is forced to use electric heaters, hot water bottles and blankets to keep warm. See Ross Parry story RPYCOLD; A 74-year-old widow has been left "freezing" in her Hull home for months after her gas was cut off leaving her with no central heating or hot water. Shirley Walsh, from east Hull, takes SIX hot water bottles to bed with her at night in a desperate bid to keep warm. The retired seamstress says her supply was cut off in September after workmen found a leak in pipes under her front garden in Kathleen Street, where she has lived for 43 years. But because the leak was on her property, Northern Gas Networks told her she would have to pay for the repair, a cost the pensioner says she can't afford.

Shadow chancellor John McDonnell has labelled the Tories “sick and sneaky” following their manifesto pledge to limit the number of pensioners who get winter fuel payments.

An estimated 9,000 people died in England and Wales as a result of living in a cold home in the winter of 2014-2015. A University College London (UCL) study calculated that the near-ten thousand deaths was the highest number for 15 years.

Dr Jessica Allen, whose team conducted the study, told BBC Panorama that people are dying as a result of high fuel prices, low incomes and poor insulation – which are all “entirely preventable”.

However, the Tories seem hell bent on making the situation worse.

As inflation soars and fuel prices remain high their manifesto pledge to means-test pensioners is likely to hit 10 million people.

McDonnell told the BBC that the current universal provision was the “basis of the welfare state” and moving away from it would hit the poorest and worsen fuel poverty.

He said: “This means 10 million pensioners waking up this morning to the fact they could lose their allowance.

“Let me explain why I think is absolutely sick and sneaky.

“A third of people who qualify for pensioner credits don’t claim.

“We also have 1.7 million pensioners in this country living in poverty, a million of them in fuel poverty…30,000 excess deaths every winter as a result of fuel poverty and basically people not being able to heat their homes.”

Under plans in the Conservative manifesto, eligibility would be related to income – although the party has not indicated what the threshold would be and who would qualify.