The pictures appear to show the birds piled on top of each other in what appears to be the aftermath of a shooting, in Lincs., 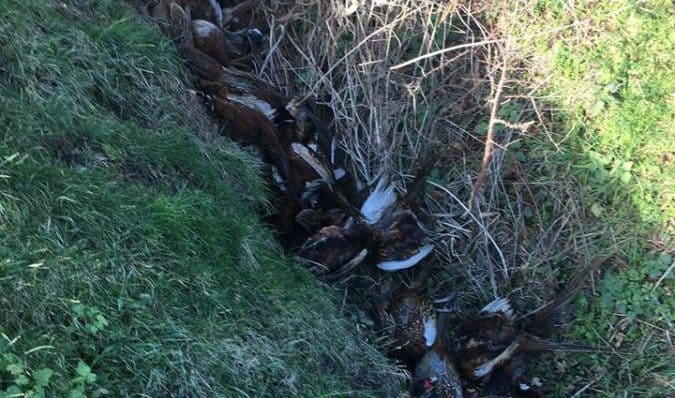 These shocking images show around 100 dead pheasants left to rot on the side of a roadside.

The pictures show the birds piled on top of each other.

Alan Fox, 66, who was dog walking at the time, says he believes someone “had a shoot” around the area after he found between 50 and 100 dead pheasants.

He said he found the birds after his dog sniffed them out and claims he saw “another group about ten metres further down the road”.

The dog walker added: “These birds are surplus to what they can sell or eat.

“It’s quite often you get fly-tipping up there – it was upsetting. They’re poor animals. 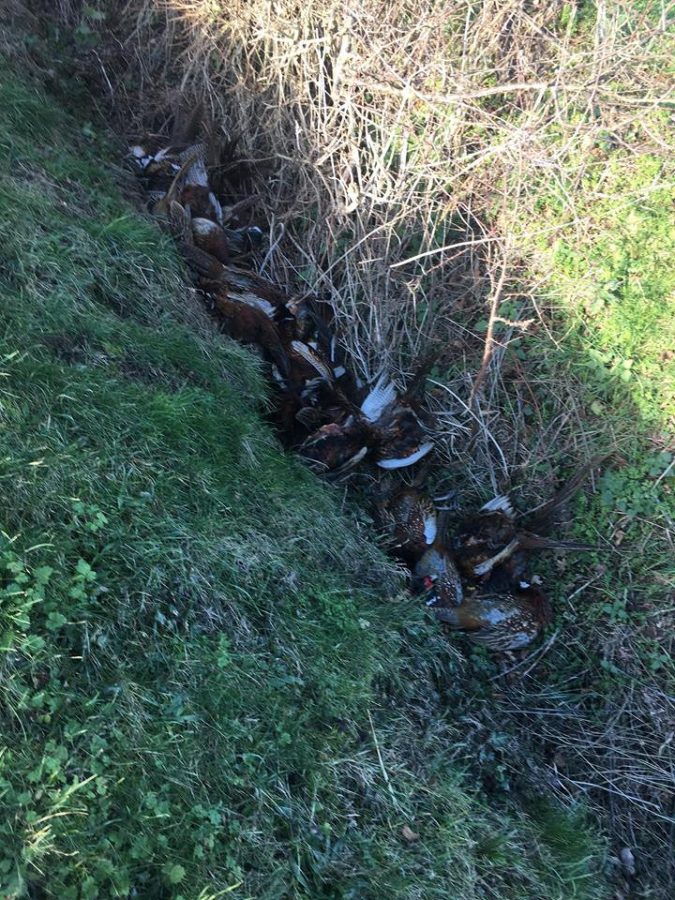 “The people that do this sort of thing can be spiteful.”

The pheasants were found just off the A16, between Brigsley and Waithe on the East Lindsey boarder, in Lincs.,

The incident comes as the issue of pheasant shooting is back in the headlines.

Earlier this month, footage taken by animal welfare activists in Leicestershire showed a JCB dumping hundreds of pheasants after a shoot.

The clip, appears to undermine industry promises that shot birds go into the food chain as game.

It led to criticism of industry promises that shot birds go into the food chain as game.