After the Tories decided not to bother to turn up to vote to “pause and fix” the mess of Universal Credit you would think the Sec of State, responsible for the policy implementation, would turn up for a debate on it…well you would be wrong. Today’s debate was granted by John Bercow after he criticised […] 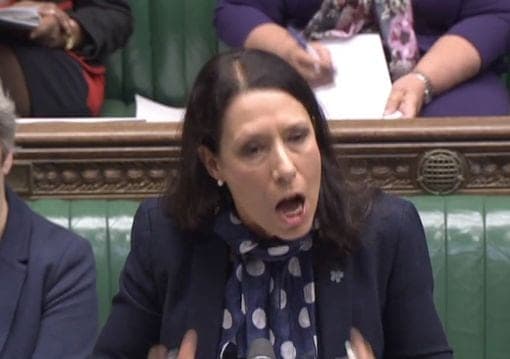 After the Tories decided not to bother to turn up to vote to “pause and fix” the mess of Universal Credit you would think the Sec of State, responsible for the policy implementation, would turn up for a debate on it…well you would be wrong.

Today’s debate was granted by John Bercow after he criticised the government’s response to the Opposition day debate last week which Labour won by 299 to 0.

Debbie Abrahams demanded to know why David Gauke,Secretary of State for Work and Pensions, was not present, leaving Damian Hinds to take the hits instead. Gauke is in charge of rolling out the much hated system, and was expected to take a lead in the Commons debate.

Abrahams said she felt that last weeks refusal to vote was a prime example of the Tories ignoring the role of Parliament to debate and pass policy.

Universal Credit has come under very heavy criticism as one in five people are waiting over six weeks to receive their first payment. This has left these people under threat of losing their homes and in a general dire financial situation.

Even members of the Conservative Party have expressed doubts about Universal Credit.

Tory backbenchers Heidi Allen, Sarah Wollaston and Johnny Mercer have all expressed concerns regarding its implementation. The mind behind Universal Credit, Iain Duncan Smith, has even said the time lag to access the benefit payments is too long.

There are concerns that people will have to rely on high interest and/or illegal loans to cover their overheads, while they wait for the money to land in their accounts. Inevitably this will put benefit claimants under even more financial strain.

Amy Lockwood, Campaigns Manager at 38 Degrees, says: “Our members really want to see the big problems with Universal Credit fixed before it’s rolled out further. It’s cruel to force families to wait at least six weeks for financial help. The government urgently needs to listen to the concerns being voiced from the public, from experts, from the media – and as today’s debate shows, from many politicians too.”