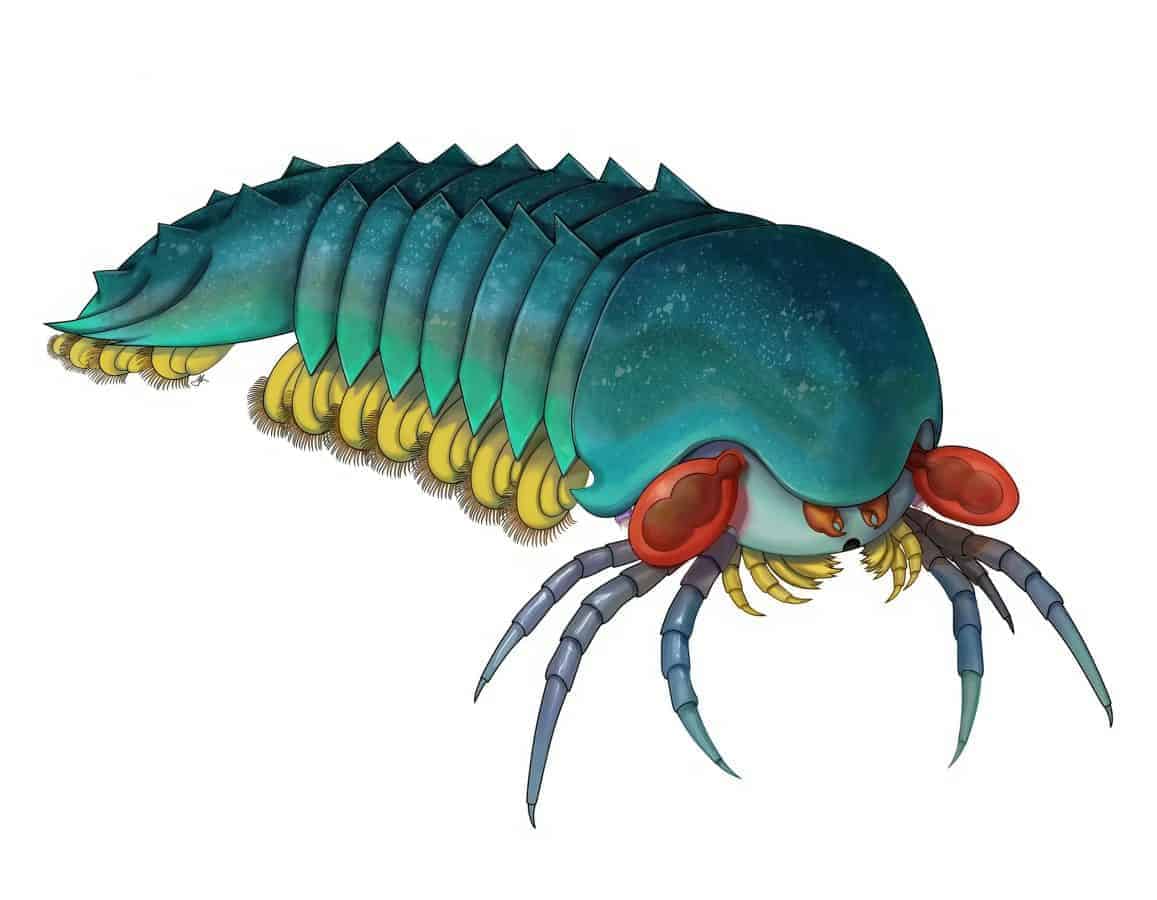 A half-a-billion-year-old tiny predator is the oldest known ancestor of the spider and scorpion.

Palaeontologists working on the Burgess Shale fossil-bearing deposit in the Canadian Rockies discovered the new species, called Mollisonia plenovenatrix, which is presented as the oldest chelicerate.

The find places the origin of the vast group of more than 115,000 species – including horseshoe crabs, scorpions and spiders – to a time more than 500 million years ago.

The team say Mollisonia plenovenatrix would have been a fierce predator – for its size.

As big as a thumb, the creature boasted a pair of large egg-shaped eyes and a “multi-tool head” with long walking legs, as well as numerous pairs of limbs that could all-together sense, grasp, crush and chew.

But, most importantly, the new species also had a pair of tiny “pincers” in front of its mouth, called chelicerae. The appendages give the name to the group of scorpions and spiders, the chelicerates, which use them to kill, hold, and sometimes cut, their prey.

Study lead author Doctor Cedric Aria, a member of the Royal Ontario Museum’s Burgess Shale expeditions since 2012, said: “Before this discovery, we couldn’t pinpoint the chelicerae in other Cambrian fossils, although some of them clearly have chelicerate-like characteristics.

“This key feature, this coat of arms of the chelicerates, was still missing.”

He explained that other features of the fossil, including back limbs likened to gills, further suggest that Mollisonia was not some “primitive” version of a chelicerate, but that it was in fact already close morphologically to modern species.

Dr Aria said: “Chelicerates have what we call either book gills or book lungs.

“They are respiratory organs are made of many collated thin sheets, like a book. This greatly increases surface area and therefore gas exchange efficiency.

“Mollisonia had appendages made up with the equivalent of only three of these sheets, which probably evolved from simpler limbs.”

The research team believe that Mollisonia preferentially hunted close to the sea floor, thanks to its well-developed walking legs, a type of ecology called benthic predation.

Because Mollisonia is so modern-looking, Dr Aria said chelicerates seem therefore to have prospered quickly, filling in an ecological niche that was otherwise left poorly attended to by other arthropods at that time.

The research team concluded that the origin of the chelicerates must lie even deeper within the Cambrian, when the heart of the “explosion” really took place.

Dr Aria added: “Evidence is converging towards picturing the Cambrian explosion as even swifter than what we thought.

“Finding a fossil site like the Burgess Shale at the very beginning of the Cambrian would be like looking into the eye of the cyclone.”

The team said that the importance of the Burgess Shale and similar deposits, such as the Chengjiang biota in China, lies in their exceptional preservation of the earliest marine animal communities at a time of uniquely rapid diversification of body forms called the “Cambrian explosion.”

Fossil animals from those sites are notable for preserving an extensive array of morphological features, such as limbs and eyes, but also guts and, much more rarely, nervous system tissues.

Study co-author Professor Jean-Bernard Caron, Curator of Invertebrate Palaeontology at the Royal Ontario Museum in Canada, said: “It is the first time that evidence of the limbs and other soft-tissues of this type of animal are described, which were key to revealing its affinity.”

Prof Caron added: “Marble Canyon is the biggest spotlight of my career so far.

“This area keeps giving us wonderful treasures year after year.

“I would not have imagined that we could, in a way, rediscover the Burgess Shale like this, a hundred years later, with all the new species we are finding.”

The findings were published in the journal Nature.