US astronauts Christina Koch and Jessica Meir are on course to make history as they venture outside the orbiting space lab. 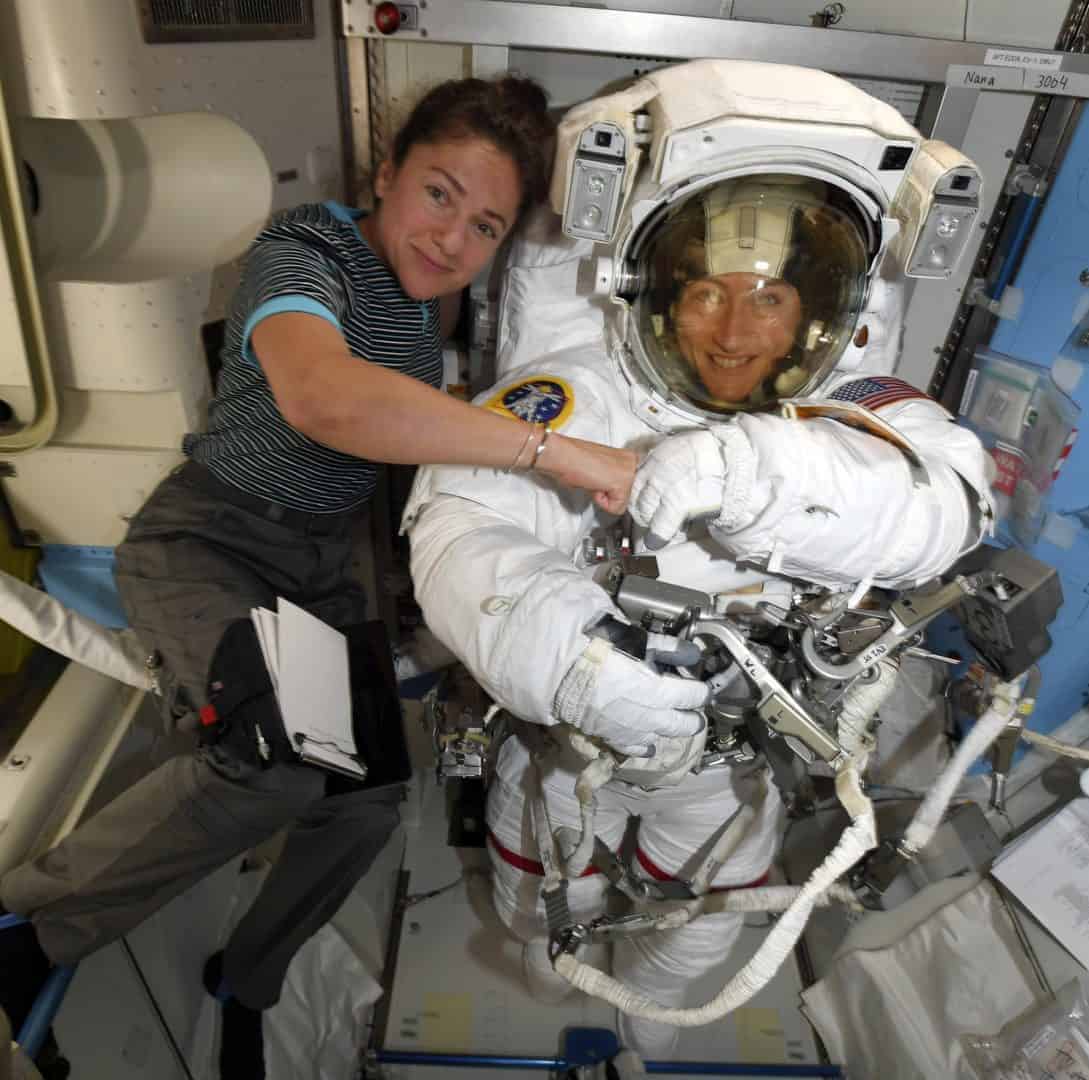 Nasa is gearing up for the first ever all-female spacewalk on Friday following a power system failure at the International Space Station (ISS).

US astronauts Christina Koch and Jessica Meir are set to make history as they venture outside the orbiting space laboratory to replace a faulty power unit which stopped working over the weekend.

The mission, which will be Ms Koch’s fourth and Ms Meir’s first, is expected to last five-and-a-half hours.

The US space agency had originally planned an all-female spacewalk in March – which included Ms Koch and fellow astronaut Anne McClain – but had to cancel it because of a shortage of medium-size suits.

Ms McClain originally thought a large-size spacesuit would be fit for purpose but later concluded that a medium would be safer.

“This decision was based on my recommendation,” Ms McClain tweeted at the time from aboard the ISS.

“Leaders must make tough calls, and I am fortunate to work with a team who trusts my judgement.

“We must never accept a risk that can instead be mitigated. Safety of the crew and execution of the mission come first.”

She returned to Earth in June and Nasa sent a second medium-size spacesuit up to the station earlier this month.

One small suit for a woman… one giant leap for womankind

Spacesuits are made of many interchangeable parts – designed to accommodate astronauts with widely varying body sizes.

Body measurements of each astronaut are taken and plotted against the size ranges available for each spacesuit component. The suits are then assembled – usually four months prior to flight.

While there are no differences between a male and female spacesuit, female astronauts usually wear a smaller size.

The scheduled spacewalk will see Ms Koch and Ms Meir venture outside the ISS wearing medium-size suits to replace the faulty device, known as the battery charge-discharge unit (BCDU), which has been in operation since 2000.

It failed to activate after new lithium-ion batteries were installed on the space station last week.

There have been 227 spacewalkers since the first spacewalk in 1965. Only 14 women have performed spacewalks, always accompanied by men.

Ms Koch, an electrical engineer, has been living in space since March while Ms Meir, a marine biologist, joined the ISS crew in September.

Both are members of Nasa’s Astronaut Class of 2013.

Ms Koch is more than 200 days into her mission and is slated to set a record for the longest single spaceflight by a woman – with an expected total of 328 days in space.

Nasa said in a statement that the BCDU failure has not impacted station operations, safety of the crew or ongoing experiments.

“The station’s overall power supply, which is fed by four sets of batteries and solar arrays, remains sufficient for all operations,” it said.

“However, the faulty power unit does prevent a set of batteries installed earlier this month from providing increased station power.”