And the proof can be found in fossilised algae - the world's smallest organisms, say scientists. 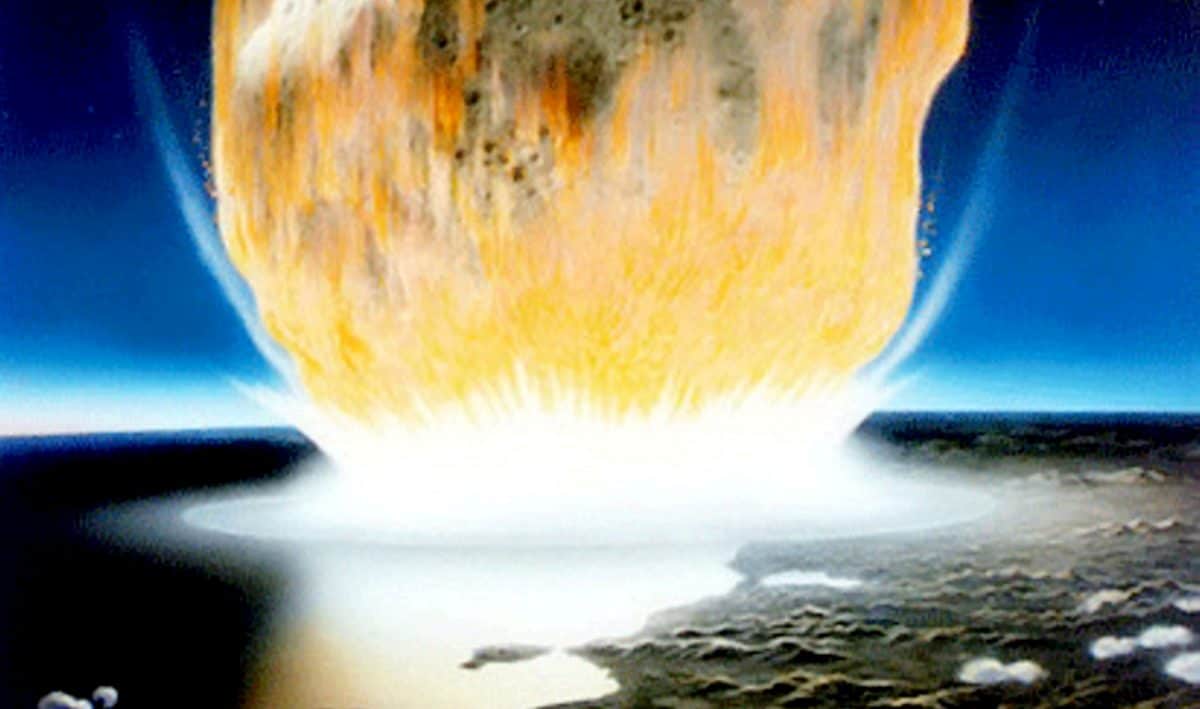 Proof that the asteroid that wiped out the dinosaurs instantly acidified the oceans has been found by scientists in microscopic fossils.

Fossilised algae – the world’s smallest organisms shows the devastating impact on the seas 66 million years ago.

An analysis of microscopic carbon-absorbing plankton called foraminifera found evidence of instant acidification of the oceans.

This coincides with a sudden impact killing off the dinosaurs – ruling out other catastrophes such as volcanic eruptions, climate change or disease.

Lead author Dr Michael Henehan, of the German Research Centre for Geosciences in Potsdam, said: “Before the event we could not detect any increasing acidification of the oceans.”

It’s the most definitive evidence to date of the cause of Earth’s last mass extinction, said the international team.

The findings published in Proceedings of the National Academy of Sciences also shed light on the evolution of marine life.

As the space rock hit it sent a vast cloud of sulphur gas into the atmosphere – unleashing acid rain that turned the sea surface into a witches’ brew.

Dr Henehan said: “Our data speak against a gradual deterioration in environmental conditions 66 million years ago.”

It’s the first direct link between the death of the dinosaurs and a sharp drop in the pH levels of the oceans – indicating a rise in ocean acidity.

Co-author Dr James Rae, of St Andrews University, said: “For a long time people have thought there might be a decrease in ocean pH because the meteorite hit sulphur-rich rocks, which could add sulphuric acid to the atmosphere and ocean, but until now no one had any direct evidence to show this happened.”

The amount provides a record of past ocean temperature – dating back more than 100 million years.

Dr Henehan and colleagues measured the toxic chemical boron in the shells of foraminifera – which are less than a millimetre in size and resemble grains of sand.

Sediment made up from the single-celled creatures make up almost 70 per cent of the sea floor in some parts of the world.

The study published in Proceedings of the National Academy of Sciences found it took millions of years for the oceans to recover from the acidification.

It reconstructed the environmental conditions in the oceans using fossils found in clay samples in deep-sea drill cores from an underground cave in the Netherlands.

It looked at their composition before, during and after the asteroid smash – in particular levels of the element boron that detects changes in acidity.

Dr Henehan said: “In this cave, an especially thick layer of clay from the immediate aftermath of the impact accumulated, which is really quite rare.”

After the impact, the oceans became so acidic organisms that made their shells from calcium carbonate could not survive. So carbon uptake by photosynthesis was halved.

This state lasted tens of thousands of years before the algae spread again. But it took millions of years until the fauna and flora had recovered.

In most settings, sediment accumulates so slowly such a rapid event such as an asteroid impact is hard to resolve in the rock record.

Dr Henehan said: “Because so much sediment was laid down there at once it meant we could extract enough fossils to analyse and we were able to capture the transition.”

It underpins the idea of the asteroid destroying the dinosaurs. It created the Chicxulub crater that is buried underneath the Yucatan Peninsula in Mexico.

In 1991 it was dated to around the time of the death of the dinosaurs went extinct – and a debate has raged ever since as to whether it was the cause.

Co-author Professor Daniela Schmidt, of Bristol University, said: “Understanding the cause of this mass extinction, which was the end of so much iconic life on earth has been a goal for decades.

“This unique dataset provides evidence for ocean acidification, affecting organisms which build shells and skeletons, with knock-on effects up the rest of the food chain.”