A protective injection is the 'holy grail' of AIDS research. Since the epidemic began almost four decades ago only four have been tested on patients - with none proving a success 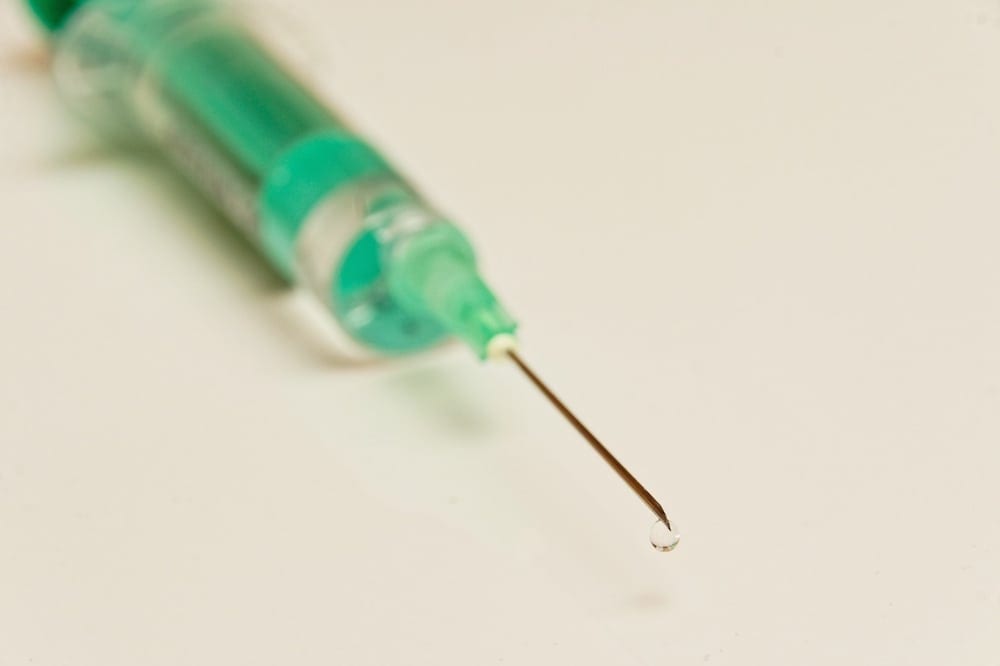 Human trials of the world’s first HIV jab are to begin after the serum cleared the disease from monkeys.

The trials are to get underway after scientists developed a diluted version of their original vaccine – which was just as protective.

A protective injection is the ‘holy grail’ of AIDS research. Since the epidemic began almost four decades ago only four have been tested on patients – with none proving a success.

But the latest reported in two papers in the journal Science Translational Medicine is the most promising to date.

It uses a form of the common herpes virus cytomegalovirus – or CMV – that causes cold sores.

But it was ‘live-attenuated’ – meaning it was weakened so it does not cause serious disease, explained the microbiologists at Oregon Health and Science University.

Examples include the MMR (measles, mumps, and rubella) and varicella (chickenpox) vaccines.

The 59 per cent success rate is similar to results achieved using the stronger ‘non-attenuated’ form.

It was also long-lasting. Nine out of 12 monkeys given a second dose of SIV could still fight it off – three years later.

“We significantly attenuated CMV and still got the same type of immune responses as with the wild version of this vaccine.”

A less powerful vaccine is the key to it being potentially viable for humans due to safety concerns.

People are often infected with CMV without any trouble but it can wreak havoc on those with weakened immune systems – such as organ transplant patients.

It’s also dangerous for pregnant women as it can cause congenital defects such as cerebral palsy, deafness and developmental delay.

Prof Louis Picker, corresponding author on both studies, said: “These papers are important because they recapitulate the previously reported unique CMV vector efficacy with a genetically modified vector that is highly attenuated and therefore potentially safer for clinical use.

“This is a level of durability that would be very important for a human HIV vaccine.”

It paves the way for more broadly usable – but still potent – CMV-based vaccines that could be administered to individuals with weak immune systems.

It could also prevent HIV in vulnerable members of society, said Prof Picker.

The CMV vaccine has been licensed by San Francisco based Vir Biotechnology – and has been backed by the Bill & Melinda Gates Foundation.

It is already planning to lead a clinical trial with a human version of the therapy.

Vaccines with CMV have emerged as a potential treatment for diseases like HIV and have shown promise in several primate studies, said Prof Picker.

But the virus can cause severe symptoms in humans with weakened immune systems – which has limited the therapeutic potential.

So the researchers tackled this issue by engineering the vaccine to provoke responses from the intrinsic immune system – which specifically targets viruses.

By taking out a protein called pp71 it fired immune cells into action without spreading past the injection site – or to unexposed animals.

The second study found the new jab spread up to 1,000 times less than unmodified CMV in vaccinated rhesus monkeys – while still generating potent responses from the T cells that had been primed to attack HIV.

Vaccines using a similar technique are also being developed by the same team to combat tuberculosis.