Dozens of schoolboys were preparing for a dressing down today after around 50 wore skirts to school in protest at a ‘no shorts’ policy. The teens – aged from Years 7 to 11 – formed a mass protest the day after five boys wore skirts on the hottest day of the year. Parents have criticised […] 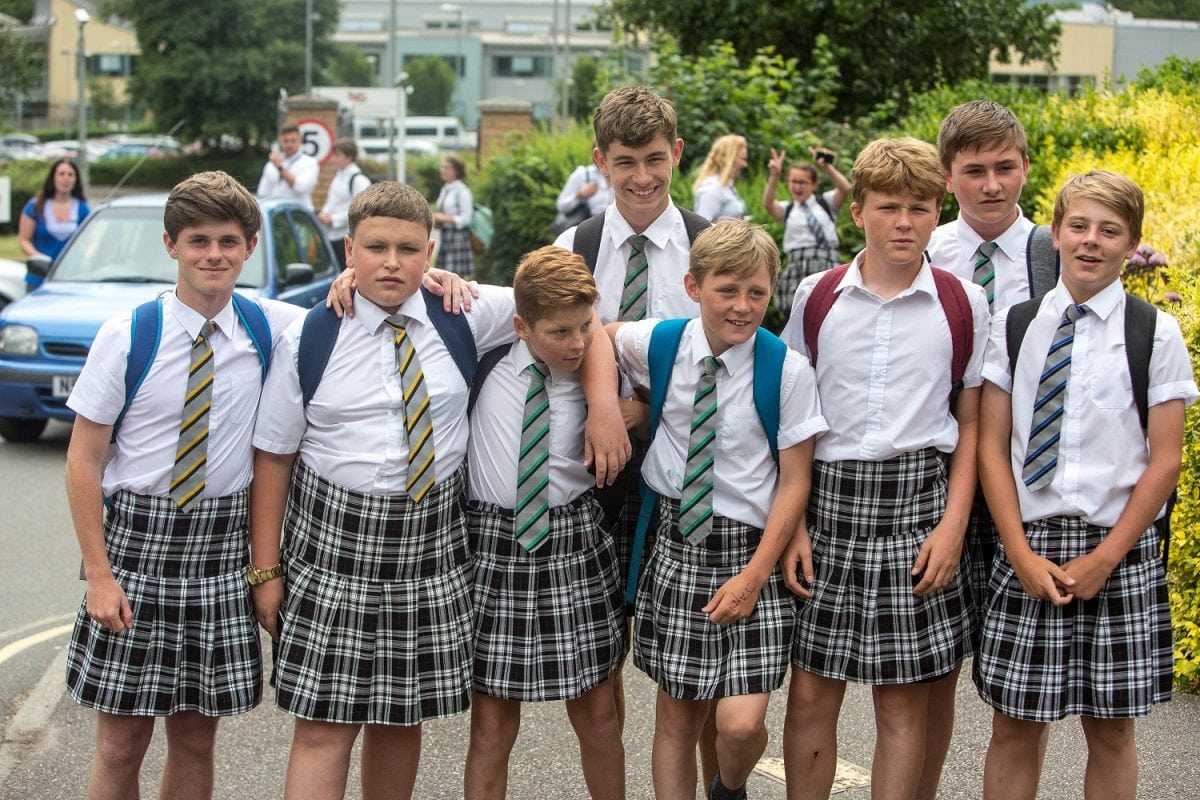 Dozens of schoolboys were preparing for a dressing down today after around 50 wore skirts to school in protest at a ‘no shorts’ policy.

The teens – aged from Years 7 to 11 – formed a mass protest the day after five boys wore skirts on the hottest day of the year.

Parents have criticised the ‘inflexible’ uniform policy at ISCA College in Exeter, Devon, which insists that boys wear long trousers despite the heat.

Some were seen borrowing skirts off girls near the school.

Teen Josh Baxter said: “I wore a skirt yesterday and was told to take it off because I had hairy legs.”

Another boy added: “I liked wearing it yesterday. it was a nice breeze.” Claire Reeves, 30, had criticised the school for allowing girls to wear skirts but boys were forced to remain in long trousers.

She said: “The girls are allowed to wear skirts all year round so I think it’s completely unfair that the boys can’t wear shorts.

“Boys just don’t have the option and I am just really concerned about how the heat is going to affect him.” Another mum with a 14 year-old son at the school said: “My son wanted to wear shorts but was told he would be put in the isolation room for the rest of the week.

“The head teacher told them ‘Well you can wear a skirt if you like’ but I think she was being sarcastic.

“However, children tend to take you literally and so five boys turned up in skirts – and because she told them it was OK there was nothing she could do as long as they are school skirts.

“One of the five boys did get in trouble – because it was too short.”

“The boys see the women teachers in sandals and nice cool skirts and tops while they are wearing long trousers and shoes and the older boys have to wear blazers.

“They just think it’s unfair that they can’t wear shorts in this heat.

“They are doing this to cool down – but also to protest because they don’t feel they have been listened to.” She said: “We recognise that the last few days have been exceptionally hot and we are doing our utmost to enable both students and staff to remain as comfortable as possible.

“Shorts are not currently part of our uniform for boys and I would not want to make any changes without consulting both students and their families.

“However, with hotter weather becoming more normal, I would be happy to consider a change for the future.”