“I have a simple solution for the secretary of state to this problem of holiday hunger, one that could solve the problem at the touch of a button," Kate Green said. 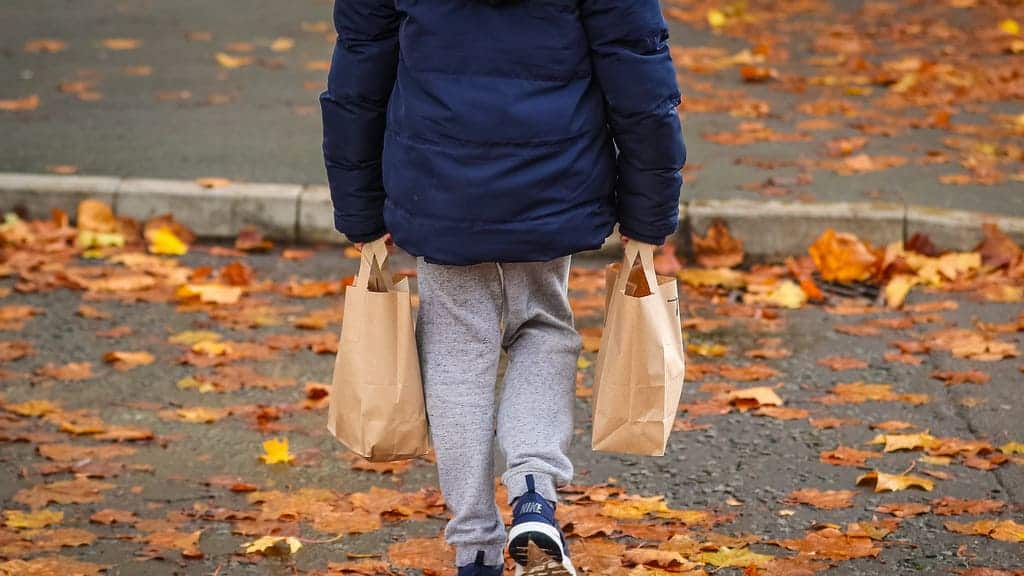 Labour has called on the Government to “put your trust in mums and dads” by giving the families of children on free school meals £15 per week to pay for lunches while schools are closed.

There was an outcry last week when images emerged on social media of food parcels containing just £4 or £5 worth of food intended to last a child a week.

Opening an opposition day debate on free school meals, Labour’s shadow education secretary Kate Green urged ministers to “sack the companies” which provided those meals and give the money to parents instead.

She told the Commons: “I have a simple solution for the secretary of state to this problem of holiday hunger, one that could solve the problem at the touch of a button.

“Sack the companies who are providing the substandard service and just give parents the money.

“Secure family incomes by using the existing social security infrastructure, put £15 a week into the bank accounts of the parents who need it to feed their children, put your trust in mums and dads because we know that parents will do the right thing.”

She added: “Cash transfers work. They improve outcomes for children, they remove stigma for families and they ensure that the full value of support provided goes to children.

“I know there are some people – and in October we discovered some of them – on the benches opposite who believe that parents can’t be trusted to use money responsibly to feed their children. That is wrong, in every possible way.”

He added: “I want to stress that the overwhelming majority of schools have been successfully providing exceptionally high-quality free school meal support to their pupils.

“However, pictures of food parcels which were circulated last week were simply not acceptable.

“I have met, along with the education minister (Vicky Ford), those who are supplying these parcels and I have left them in no doubt that we expect high-quality food and supplies in those parcels that they deliver.

“Our guidance states that these parcels need to contain certain items which parents can use to make a healthy lunch for any child throughout the week.”

Later, Conservative MP David Johnston (Wantage) said a safety checklist put together by the National Education Union ahead of schools reopening after the first lockdown was “as though teaching children had become like working with radioactive material”.

After failing to vote to #CancelTheCut to Universal Credit, I’m calling on @Conservative MPs to vote for @UKLabour motion asking for every child to have the chance to learn remotely, and for no child to go hungry. pic.twitter.com/LkQVSSg26f

He said: “The shadow secretary of state for education (Ms Green) says she wants to see schools open and I’m completely with her there because I think that’s how we tackle these issues.

“But again, I didn’t hear her criticise the 180-point checklist that was produced when we wanted to reopen schools by the (National Education Union) … on safety grounds, as though teaching children had become like working with radioactive material.”

Earlier, during education questions, Ms Ford told the Commons a Department for Education hotline set up after photos emerged on social media of “unacceptable” food parcels for children has received just seven complaints.

During education questions, in response to Conservative MP Pauline Latham (Mid Derbyshire), Ms Ford said: “DfE helplines have been giving support to schools and others on a wide range of matters.

“On Wednesday morning, after seeing some of those photos of unacceptable parcels, we announced that parents could call the DfE if they had a problem with a lunch parcel, but they should try to resolve it with the schools first.

“There are around 1.4 million children on free school meals. By the end of last week, we had received a total of seven calls in relation to unacceptable lunch parcels. Each has been fully investigated, we expect high-quality lunch parcels for our children.”

Labour’s non-binding motion urging more support for families during school and college closures, including free school meals throughout the school year for those eligible, was approved by 272 votes to zero – majority 272.