By Joe Mellor, Deputy Editor South Yorkshire Police’s chief constable David Crompton has been suspended over his response to Hillsborough. Shadow Home Secretary Andy Burnham said there had been a “27-year cover up” and “those responsible must be held to account”. On Tuesday a jury concluded the 96 victims of the 1989 Hillsborough disaster had […] 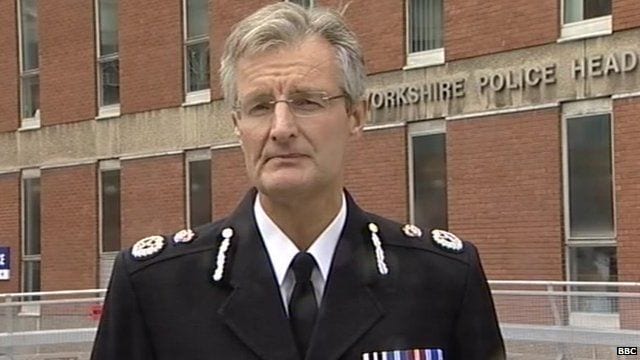 South Yorkshire Police’s chief constable David Crompton has been suspended over his response to Hillsborough.

Shadow Home Secretary Andy Burnham said there had been a “27-year cover up” and “those responsible must be held to account”.

On Tuesday a jury concluded the 96 victims of the 1989 Hillsborough disaster had been unlawfully killed.
The jurors also found there had been police failings. Many of the relatives of the deceased demanded that people who were responsible should be held personally to account.

In 2012, Mr Crompton admitted “grave errors” were made during the Hillsborough disaster and has apologised “profoundly”.

Hours before his suspension, the force issued a statement which said the coroner, Sir John Goldring “ruled that to admit the previous 2012 apology by the Chief Constable into proceedings would be ‘wrong’ and ‘highly prejudicial’.”

He issued a further apology after the inquests conclusions were heard on Tuesday.

South Yorkshire’s police and crime commissioner Dr Alan Billings said he had been left with no choice other than to suspend Crompton with immediate effect following the run-up to and delivery of the Hillsborough verdicts.

Billings said he acted “based on the erosion of public trust and confidence”, adding “I suspended him with immediate effect and he left the building.”