By Joe Mellor, Deputy Editor Reports coming out from Russian media channels have claimed that they are testing a weapon that can slip past radar defences and destroy an are the size of “France or Texas.” There are huge concerns that the test-fire of this nuclear weapon could wipe out a country in a matter […] 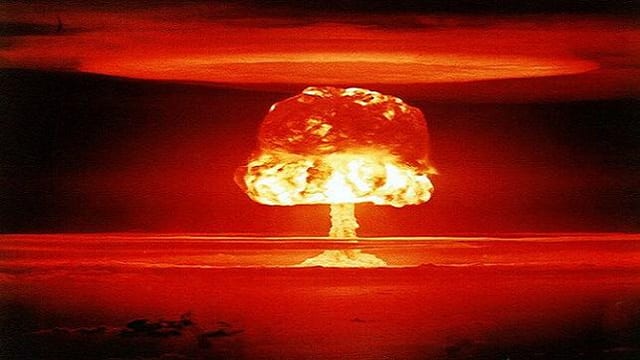 Reports coming out from Russian media channels have claimed that they are testing a weapon that can slip past radar defences and destroy an are the size of “France or Texas.”

There are huge concerns that the test-fire of this nuclear weapon could wipe out a country in a matter of seconds.

The missile, which has been dubbed “Satan 2,” is believed to be the most powerful ever designed. It is supposedly also equipped with stealth equipment that will help it dodge radar systems, designed to detect these types of attacks.

The doomsday weapon will worry western military top brass, who are already concerned Russia has been flexing its muscles in various flashpoints, including Syria and Ukraine.

Its official name is the RS-28 Sarmat and it will replace aging Soviet R-36M missiles, which NATO military experts nicknamed “Satan”.

The Russian news network Zvezda said that the missile will: “determine in which direction nuclear deterrence in the world will develop.”

It is thought to have a range of 10,000 km, allowing Russia to launch attack s on European cities and major cities on America’s west and east coasts.