One onlooker said: "It appeared that a couple of dinghies carrying migrants had come into trouble in the Channel. 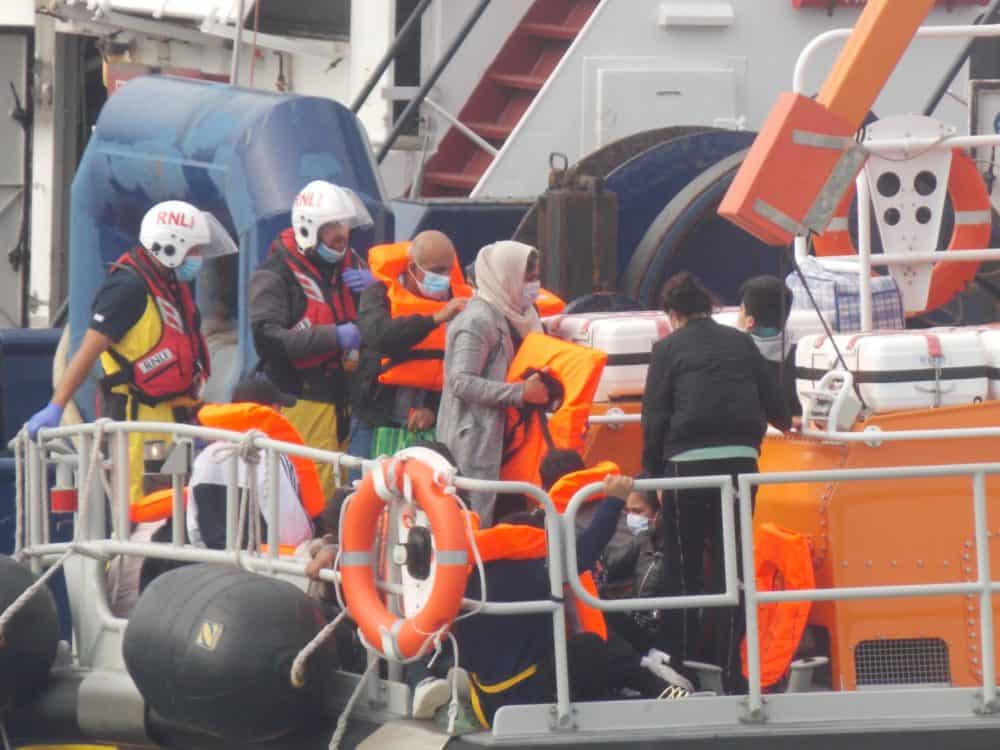 These photos show migrants saved by the Dover station Credit;SWNS

This is the moment the RNLI saved stricken migrants whose boats got into difficulty while crossing the Channel.

The lifeboat was launched from the Dover station and picked up what appeared to be dozens of migrants – including children, today.

The rescue took place at around 9.30am and people can be seen walking to safety, wearing life vests.

One onlooker said: “It appeared that a couple of dinghies carrying migrants had come into trouble in the Channel.

“The Lifeboat did appear to have quite a few people onboard.”

A 16-year-old Sudanese migrant has been found dead on a French beach after officials were told a makeshift boat had capsized at sea.

Another migrant, suffering from hypothermia, reported in the early hours of Wednesday that a companion who could not swim was missing and may still be in the water, France’s prefecture for the English Channel said.

At 8am, border police were informed of the discovery of a teenager’s body on the beach at Sangatte, just outside the port city of Calais.

The tragedy came as migrants making the perilous crossing of the English Channel in small boats have been a focus of the UK Government amid a record number of journeys.

Opposition MPs and charities criticised the Government’s handling of the situation and called for safe routes for asylum seekers to be provided.