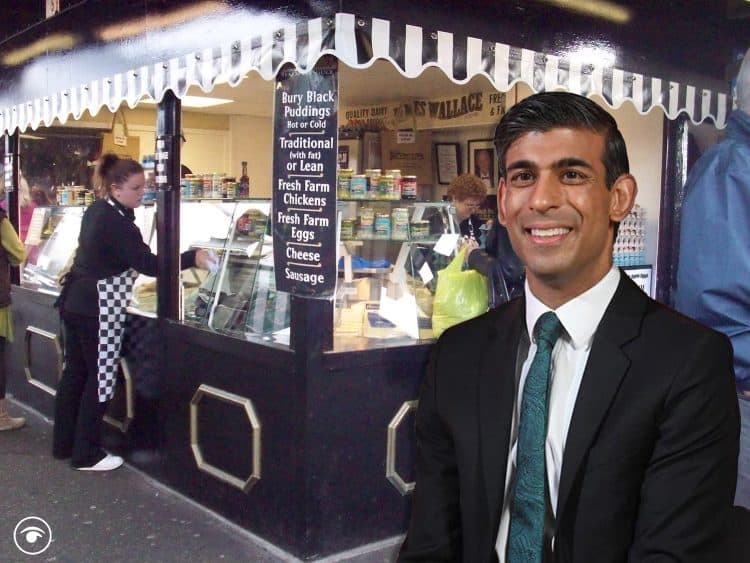 Rishi Sunak got his northern towns muddled up as he set out across the country to extoll the virtues of the government’s levelling-up fund.

The chancellor waxed lyrical about being at “world famous Burnley Market” – while standing in Bury Market, some 20 miles away.

Answering a question about the government’s highly touted levelling-up agenda, he told the BBC: “It is not just about being in the north by the way – we’re here in Burnley – but if you are growing up in a village in the southwest or even on the south coast, people want to feel opportunity is there for them, wherever they happen to be.”

As if to drive the message home that northern towns are pretty indistinguishable, the one-time public schoolboy and investment banker then repeated the mistake not once but twice more.

“I put it [levelling up] down to two things,” he said. “One is having pride in the place you call home and a lot of what we announced yesterday, the levelling-up fund – bids like Burnley market, world famous Burnley market, benefitting from £20 million of investment.

“That’s going to create jobs. It is about improving the everyday infrastructure of our communities.”