New analysis has revealed that the same private rail companies that are putting fares up by 3.1 per cent today have paid out over £1 billion in dividends to shareholders in the last six years. The TUC finding show that there has been significant payouts by private firms running British rail networks, despite punctuality hitting […] 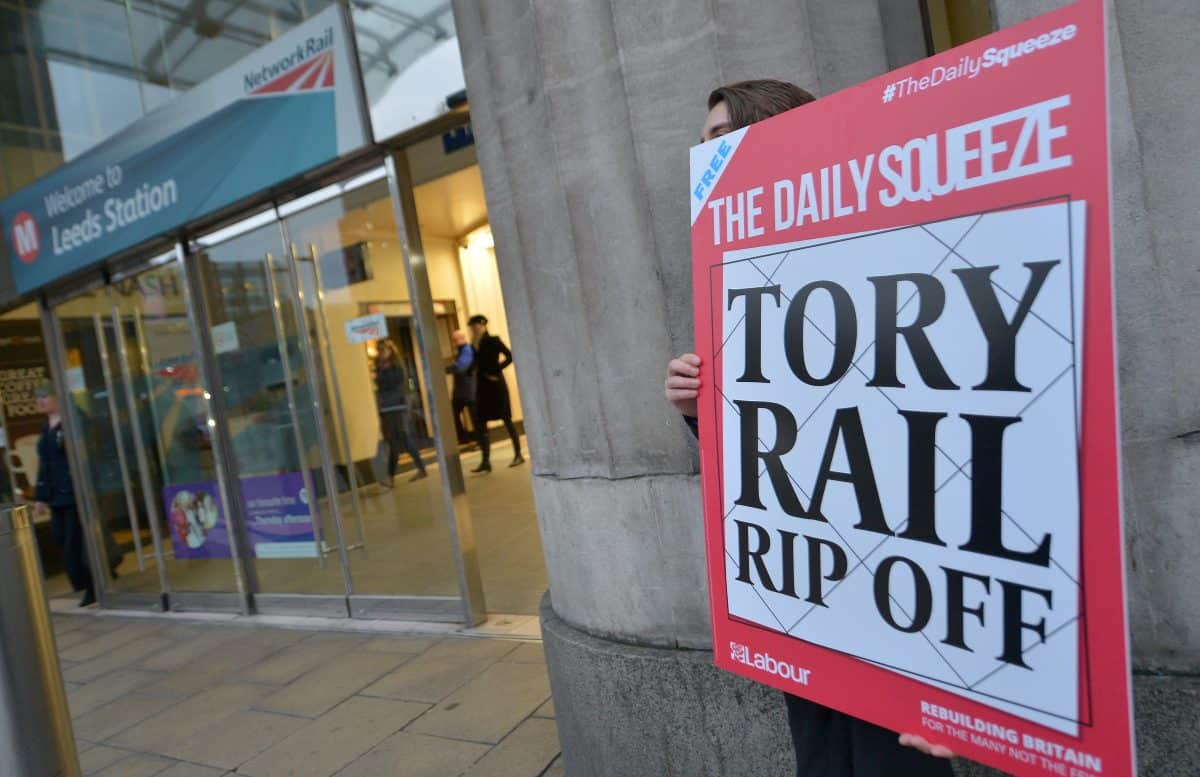 New analysis has revealed that the same private rail companies that are putting fares up by 3.1 per cent today have paid out over £1 billion in dividends to shareholders in the last six years.

The TUC finding show that there has been significant payouts by private firms running British rail networks, despite punctuality hitting a 13-year low.

Rail fares have increased by 36 per cent since 2010 as train companies rake in huge profits to pay inflated dividends.

It will be the ninth time in the last ten years that rail fares have risen by more than wages.

TUC General Secretary Frances O’Grady said: “The most reliable thing about our railways is the cash that goes to private shareholders each year. But with the most expensive fares in Europe, that can’t be right. It’s rewarding failure and taking money away that should be invested in better services.

“It’s time to take the railways back into public hands. Every penny from every fare should go back into the railways. The number one priority should be running a world class railway service, not private profit.”

Abd Unite national officer for the rail industry Harish Patel added: “Given last year’s rail timetable chaos, presided over by the hapless transport secretary Chris Grayling, there should be no rail fare increases for hard-pressed travellers in 2019 – fares should have been frozen. The 3.1 per cent rise is an insult.

“As usual, the real ‘winners’ are the greedy shareholders of the privatised rail companies that have gobbled up more than £1bn in ill-gotten dividends in the last six years – money that could have gone towards freezing fares and boosting rail investment.

“Every day the case for the public ownership of the rail industry grows stronger, especially after the woeful performance of 2018.”