Footage of an audience member on Question Time destroying Theresa May’s attempts at leadership has gone viral. She said why she did not feel sorry for the prime minister and just less than 2 minutes managed to pull apart May, who is no longer looking very “strong and stable”. She said: “Could we get over feeling […] 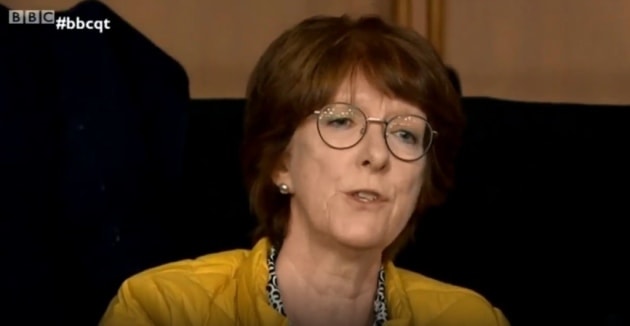 Footage of an audience member on Question Time destroying Theresa May’s attempts at leadership has gone viral. She said why she did not feel sorry for the prime minister and just less than 2 minutes managed to pull apart May, who is no longer looking very “strong and stable”.

She said: “Could we get over feeling sorry for Theresa May? I don’t feel sorry for her.

“She’s the woman who for many, many years has led the hostile environment for migrants in this country resulting in the Windrush generation.

“She’s the person who created her very specific red lines on immigration which created the negotiation mess we are in.

“She triggered Article 50 when she had no plan.

“And as for criticising the EU on this, there are 27 other countries in the EU – they have been completely united on this.

“We don’t even have a cabinet that can unite and definitely a government that isn’t in control of the process.

“They are a body of rules and regulations and they’re not going to break that when it’s the most successful single market in the world.

“We’re going to lose all of that and it’s ridiculous for us with our hopeless government – who cannot get it together to actually work out what the will of the people is today in 2019 – to blame the EU and go round feeling sorry for themselves.”

This woman just shredded Theresa May and Brexit beautifully.

This is what Question Time should be. ??
pic.twitter.com/crV0hEKT5V

‘Can we get over feeling sorry for Theresa May?’
This audience member criticises the prime minister’s handling of Brexit. #bbcqt pic.twitter.com/xnqIG49GnT

Happy to vote this woman in as the leader of the Opposition. https://t.co/NrNsApRNRZ

Amazing. 5 Danny Dyers out of 5.pic.twitter.com/DoLsGaXcg0