They said they had tried many times to remove it through the political process but without success. 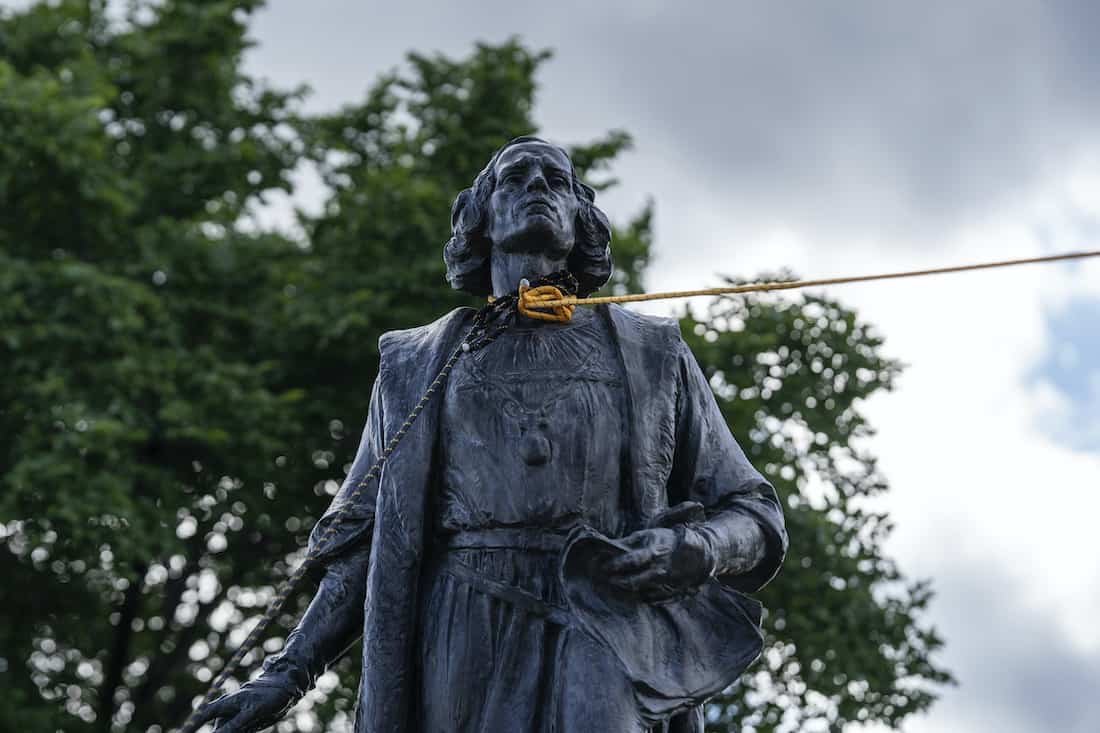 Protesters have pulled down a statute of Christopher Columbus outside the Minnesota State Capitol.

A rope was thrown around the 10ft bronze statue and the demonstrators then pulled the figure off its stone pedestal.

The protesters, including Dakota and Ojibwe Indians, said they consider Columbus as a symbol of genocide against Native Americans.

They said they had tried many times to remove it through the political process but without success.

State Patrol troopers in helmets, who provide security in the Capitol complex, stood by at a distance but did not try to stop the protesters, who celebrated afterwards with Native American singing and drumming.

The troopers eventually formed a line to protect the toppled statue so it could be taken away.

Related – UK taxpayers were paying compensation to slave traders until 2015