Witnesses said what appeared to be a small fire ripped through the upper part of the six-storey building ‘within minutes’. 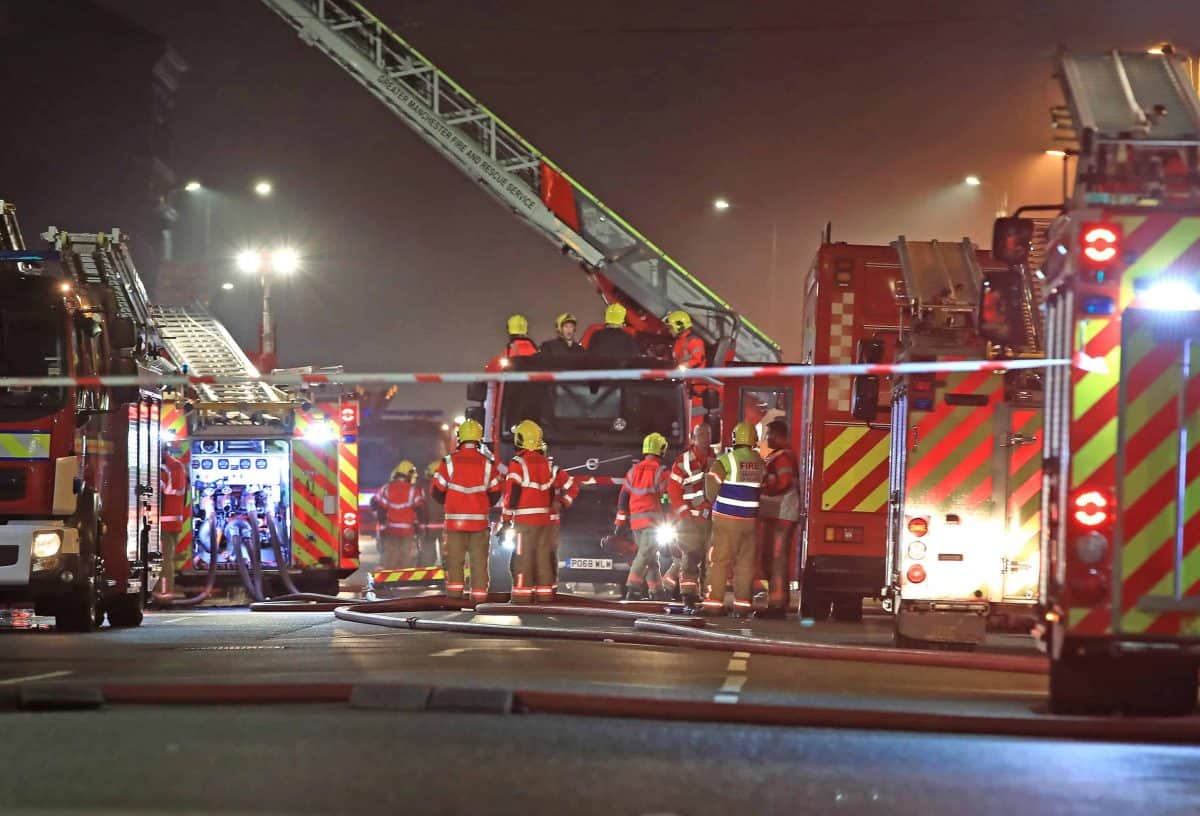 An investigation is under way into the cause of a blaze at a student accommodation block which spread “extremely rapidly” to the upper floors of the building.

The top floor of The Cube, which houses students from the University of Bolton, was gutted and visible damage was caused to the fourth and fifth floors of the six-storey building.

Greater Manchester Fire and Rescue Service would not be drawn on how the fire started but confirmed the building did not have the same type of cladding that combusted in the Grenfell Tower fire of 2017.

Witnesses said what appeared to be a small fire ripped through the upper part of the town centre six-storey building “within minutes” as it tore up and across.

Ace Love, 35, who described the fire as “crawl[ing] up the cladding like it was nothing”, told the PA news agency: “The fire kept getting more intense, climbing up and to the right because the wind was blowing so hard.”

Mobile phone video footage taken by one of the evacuated students showed firefighters tackling flames on the balcony of a flat on the fourth floor.

Paramedics treated two people at the scene for minor injuries, including one person rescued by fire crews from an aerial platform, after the blaze broke out at about 8.30pm on Friday.

On Saturday, Assistant chief Fire Officer Dave Keelan, from Greater Manchester Fire and Rescue Service, said crews worked hard through the night to extinguish the blaze with more than 20 fire engines attending at the height of the incident.

Speaking at the scene, he said: “I really want to praise the actions of my firefighters and officers last night.

“Their early intervention and quick decision-making that evacuated this building at pace early on in the incident has made a real difference to the outcome today.

Please can we ask people refrain from doing so at the scene while we continue to work.

Thank you to everyone for your amazing support ❤️

“Crews continued throughout the night in really difficult circumstances and situations.

“You can see the result this morning where the fire is extinguished and the crews are just working now to identify any hot spots.

Mr Keelan said an investigation into the cause of the blaze would now take place but he would not be drawn on how and where it started.

He said: “We are going to continue to be here throughout the day and working very closely with the building owner to move this forward in the coming days.

“One thing I would like to just confirm, and allay any fears, is this cladding on this building was not the same cladding that was on Grenfell.”