Changes to procurement "contributed to a significant loss of value to the taxpayer " and left the Department "open to the risk of fraud". 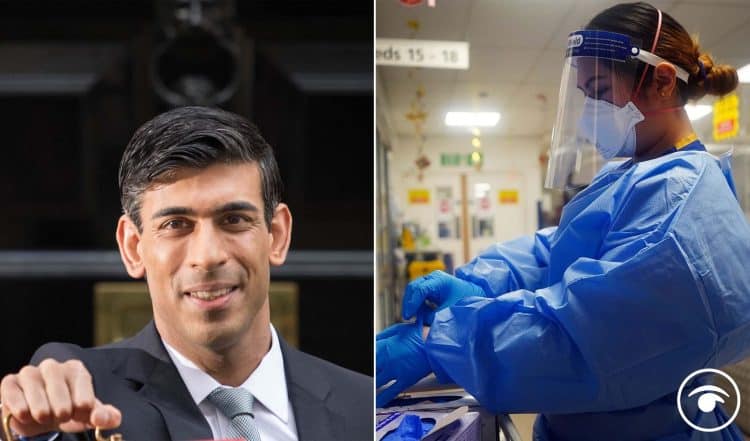 Some £8.7 billion spent by the Government on personal protective equipment (PPE) during the pandemic has been written off, according to annual accounts.

However, according to the Good Law Project the figure is £10bn.

They claim that beyond the £8.7bn is a further £1.2bn on PPE yet to be delivered and almost £700m on storage costs.

“The Government has wasted more than £9.9 billion on PPE, which is more than it would cost to give every nurse in the NHS a 100 per cent bonus on their salary,” they write.

New documents from the Department for Health and Social Care (DHSC) show huge amounts wasted on useless equipment, while millions of pounds has been spent getting out of contracts or storing PPE at ports.

According to the 2020/21 accounts, some £673 million worth of equipment was found to be totally unusable, and £750 million was spent on items that were not used before their expiry date.

Nearly £2.6 billion was spent on “items not suitable for use in the NHS,” but which the department thinks can be sold or given to charities.

The DHSC also said the value of its remaining stock had been slashed by £4.7 billion as the price of PPE dropped.

At the start of the pandemic, prices for protective equipment rose sharply as countries clamoured to get hold of items such as face masks.

The accounts further reveal that the DHSC expects that equipment that was scheduled to be delivered after the end of the financial year will lose £1.2 billion in value.

The Government was also charged £111.5 million for not moving containers full of PPE from a port to their storage facility on time.

Also in the accounts is a loss relating to fruit and vegetables after the School Fruit and Vegetable Scheme (SFVS) was temporarily suspended when all schools were closed.

The DHSC had already contracted to pay for produce to be delivered to schools, leading to a loss of £1.25m, which comprised distribution costs of £657,000 and produce costs of £590,000.

The DHSC said it had donated £247,000 of the fruit and veg to food charities.

Further losses recorded in the annual accounts include £1.1 million amounting to the value of 70% of an undelivered order for ventilators “which did not fully meet functionality requirements at the time”.

The accounts said: “Consequently, the remainder of the order was cancelled. As the supplier had technically met the contract’s specification and had already incurred costs, 30% of the contract value was unable to be recovered.”

During the year, the DHSC wrote off laboratory equipment valued at £663,000 following the closure of two regional testing sites and “there being no alternative options for repurposing or storing these assets”.

Additionally, a stockpile of intensive care unit items was created to prevent shortages.

The reports said: “A small number of items, valued at £313,000, reached their expiry date and had to be written off.”

When it comes to NHS Test and Trace, DHSC has “impaired… consumables totalling £195 million in respect of items for which we have not currently identified a suitable use.”

Two flights relating to the transportation of PPE from China had to be cancelled due to lack of stock availability at the time, and the £649,000 deposit for the two flights was taken as a cancellation charge, “as per the terms of the contract”.

The report also pointed to “changing requirements” which meant the DHSC incurred a cancellation fee of £339,000 following the cancellation of two contracts for quarantine hotels.

Interest payments were paid to a supplier totalling £1.6 million resulting from the late payment of invoices as a result of an initial contractual dispute, which ended up in the DHSC being forced to pay.

The Government’s auditor, the comptroller and auditor general to the House of Commons, said in his section regarding the accounts that the DHSC was put under “extraordinary pressure” by the pandemic and had to operate outside normal processes and procedures.

But he said it “was not able to manage adequately some of the elevated risks, resulting in significant losses for the taxpayer. Nearly two years later, it has not fully restored effective control over some of the inventory purchased”.

“The chief secretary to the Treasury wrote to the department on 21 December 2021 confirming HM Treasury’s view that £1.3 billion of the department’s spending did not have proper HM Treasury consent and was irregular. He stated that ‘in the vast majority of cases’ this was because either the department or NHS England had spent funds without approval or in express breach of the conditions that had been set.”

It comes as a World Health Organisation (WHO) study on PPE waste pointed to “unnecessary” use in the UK.

It said: “In the first six months of the Covid-19 pandemic in the UK use of PPE in England alone added an additional 1% carbon burden, compared with pre-Covid-19.

“Between February and August 2020, three billion items of PPE were used, resulting in 591 tonnes of waste per day. The greatest contribution came from gloves. Much of this PPE use was unnecessary.”

Liberal Democrat health spokeswoman Daisy Cooper said the Government was “inept”, adding: “They cannot be trusted with our money and are totally out of touch.”

Shadow chief secretary to the Treasury Pat McFadden said: “These levels of waste destroy any claim the Conservatives have to be careful stewards of the public finances.

“Along with the Government’s laissez faire attitude to fraud, this will be particularly galling to hard-working households wondering how they will pay the higher taxes the Chancellor is imposing this April.”