A new campaign has been launched to coincide with the World Cup highlighting the link between football and domestic violence. As football fever sweeps the globe many would rather not face the uncomfortable truth that darkens the world’s favourite sport. Domestic Violence and the World Cup are closely linked, with reported incidents increasing by 26 […] 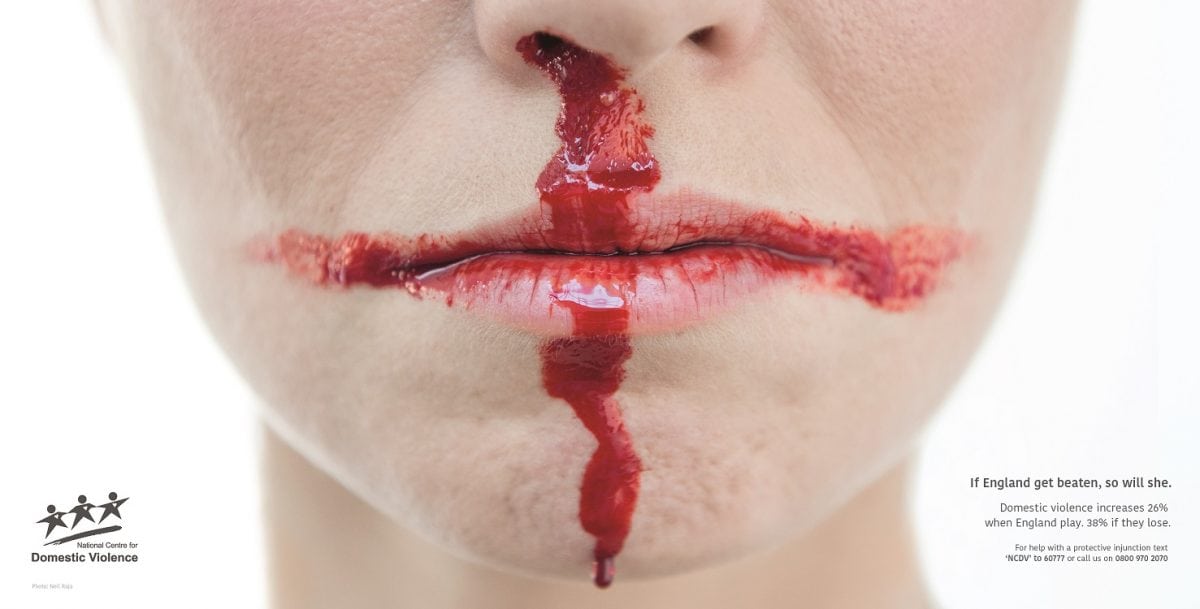 A new campaign has been launched to coincide with the World Cup highlighting the link between football and domestic violence.

As football fever sweeps the globe many would rather not face the uncomfortable truth that darkens the world’s favourite sport.

To bring these stats to life in a dramatic way and remind the country that domestic violence has no place in society, J. Walter Thompson London has created a timely and reactive campaign for the National Centre for Domestic Violence.

The suite of powerful images, which reimagines national flags in blood, will be used across digital, print and OOH through Ocean Outdoor. These will run on all of England, Switzerland and Japan’s match days until the end of the World Cup.

J. Walter Thompson has regularly supported the National Centre for Domestic Violence, winning a Silver Lion in Entertainment at Cannes in 2017 for its #BreakTheRoutine campaign. The film, which made national news, featured a couple depicting an abusive relationship through dance, set to a soundtrack supplied by Ellie Goulding.

J. Walter Thompson Creative Director, Jo Wallace, says “As fans across the world watch each game with trepidation so too do the partners of some of those fans. This lesser known, darker aspect of football is clearly communicated with this impactful campaign, ‘The Not-So-Beautiful Game’. The team saw these stats and immediately created this excellent work to help reach and support victims of Domestic Violence during the World Cup when they are in particular danger”.