"We ask visitors to please stay on the various footpaths that cross the headland and to remember 'flowers don't grow where feet go'." 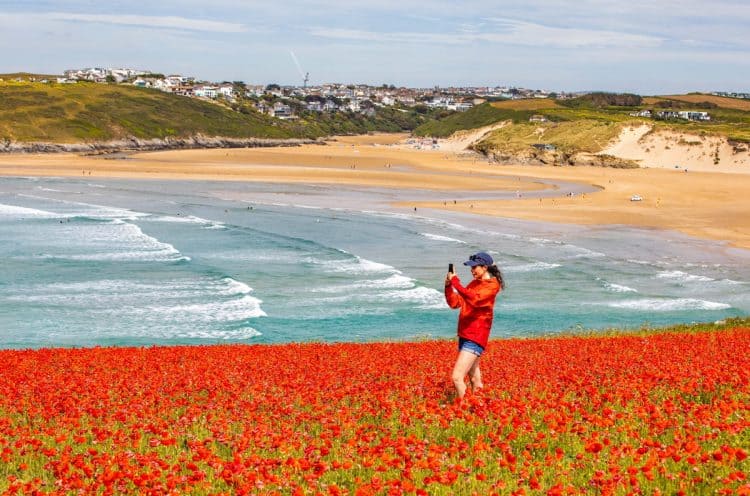 Poppy fields in Britain are being trampled by people trying for the perfect Insta picture, the National Trust has warned.

The National Trust says at one site in Cornwall the ‘showstopper’ poppies have such a ‘wow factor’ they are being damaged by picture takers.

The fields between Holywell Bay and Crantock beach coast burst into a sea of red every early summer.

But the National Trust say people are flocking to the site for selfies – and has asked them to stick to footpaths and not walk among the flowers.

A spokesperson said: “We appreciate there can be the urge to explore, photograph and to take selfies amongst the poppies which are the real showstopper.

“But there are a whole host of other, more delicate and rare flowers in there as well, so to avoid damaging the flowers for future years we ask visitors to please stay on the various footpaths that cross the headland and to remember ‘flowers don’t grow where feet go’.”

The site near Newquay is managed as a nature reserve and is one of the only sites in Britain which is not commercially farmed.

The trust said it served as a “real reminder of traditional non-intensive farming methods of the past, which worked in harmony with nature”.

The spokesperson said the section of coastland was a “much-needed” haven for some of the most endangered wild flowers in the country, and hoped the “wow-factor” would be allowed to continue.