Young people have called on Boris Johnson to take urgent action to tackle the knife crime crisis and make it a “top priority” as the new Prime Minister. 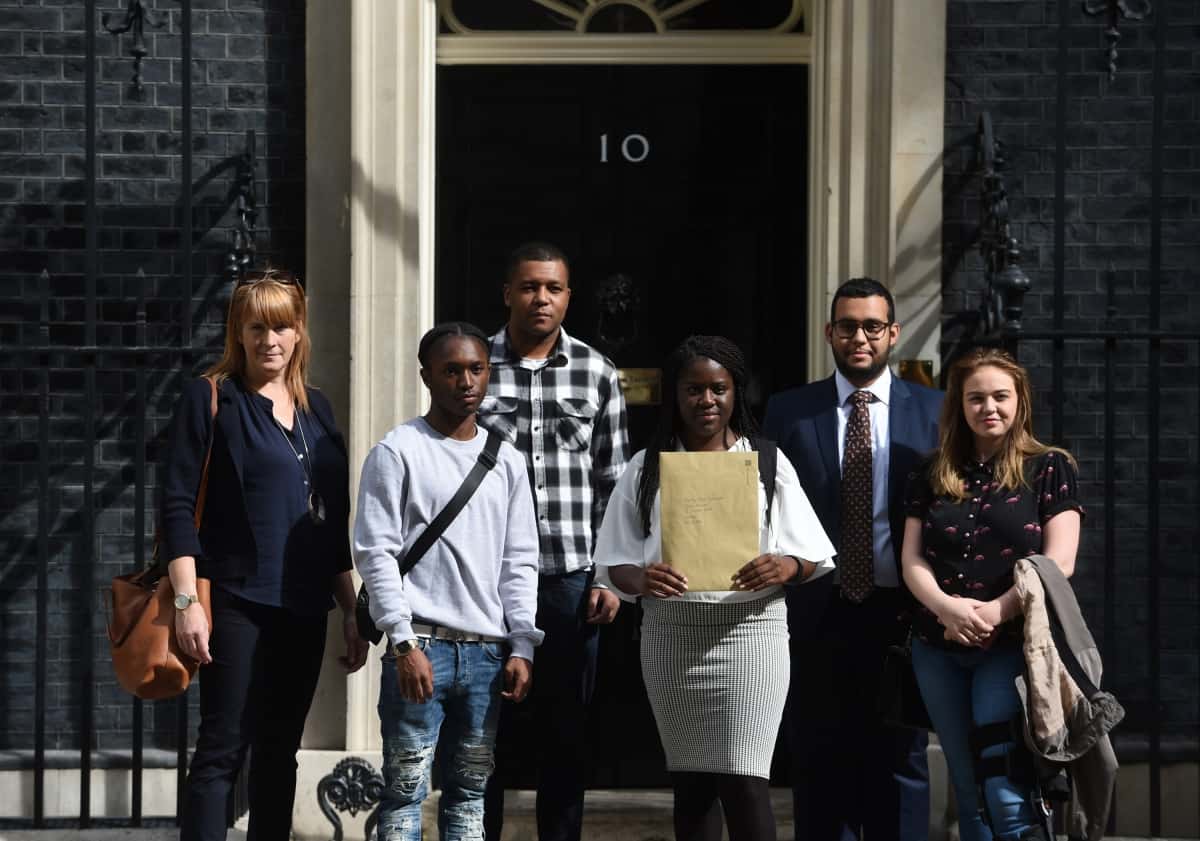 The youngsters have presented a 12-point manifesto on what they think would make the streets safer.

Six youngsters who experienced first-hand the trauma caused by violence with the weapons have demanded a meeting with him after compiling an action plan of how to prevent more young lives being lost.

Delivering a letter to Downing Street on Thursday, which was signed by more than 100 young people, they also presented the 12-point manifesto on what they think would make the streets safer.

The news comes after official figures showed knife crime in England and Wales hit a record high in 2018/19, up 8% on the previous year.

In the letter, the youngsters said: “More and more of our generation are still dying.

“More needs to be done, as soon as possible.

“As Prime Minister we need you to make this problem your top priority.”

They worked with the All-Party Parliamentary Group on Knife Crime, as well as youth charities Barnardo’s and Redthread, on a report entitled There is No Protection on the Streets, None, as part of their campaign.

The manifesto includes calls to tackle what the group believe are underlying causes of violent crime, such as lack of housing, youth services and jobs, as well as a bid for more community police officers to build relationships in neighbourhoods.

Campaigner Zak Hall, from Redbridge in east London, told The London Economic urgent action was needed to tackle the “vile culture” of knife crime that is “creeping in”.

The 24-year-old told how both his brothers were victims of knife crime and one of his friends was murdered last year.

He thinks those aged 14 to 21 are in the greatest danger of being drawn into knife crime and at risk of being victims.

“But it needs to stop, it’s so dangerous. It’s really scary, it’s horrible.”

“He needs to be clear this will be both a national and personal priority.

“The response to this emergency must be led from the very top, and the voice of young people must be at the forefront.

“Boris Johnson has suggested that knife crime can be solved simply by increasing stop and search, but the solutions proposed by young people today show he needs to think much bigger. I hope he listens and agrees to meet them in person.”

Police recorded more than 43,000 incidents involving knives or sharp objects in the year to March, according to figures published by the Office for National Statistics in July.

A Home Office said it is investing more than £220 million in projects that “steer young people away from crime”.

A department spokesman said: “This Government will not stand by while more young lives are lost – we are determined to crack down on the scourge of knife crime.”