“If the Biden Administration does not end this now, the case will limp through the courts while Julian remains in prison indefinitely, unconvicted, suffering and isolated." 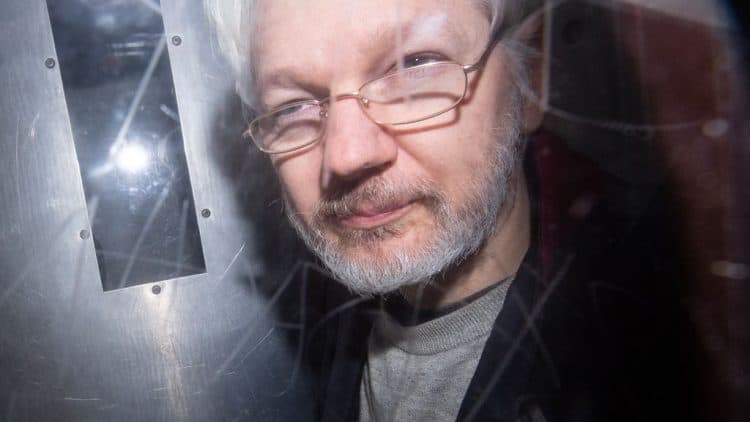 Pleas for Julian Assange to be freed from prison are being stepped up amid warnings that the WikiLeaks founder is suffering “severe psychological abuse”.

The United States administration is appealing against a UK court decision in January not to extradite him, but no date has been set for the hearing, so Mr Assange remains in Belmarsh prison.

His legal team said on Wednesday that permission to appeal has been granted on a limited basis, allowing only “narrow, technical grounds”.

“Rotten to the core”

Mr Assange’s fiancee, Stella Moris, said: “Six months ago, Judge Vanessa Baraitser blocked the extradition of my partner, Julian Assange, because consigning him to the US prison system would have amounted to signing his death warrant. That should have been the end of it.

“The case is rotten to the core, and nothing that the US government can say about his future treatment is worth the paper it is written on. This is a country whose agents plotted to kill Julian on British soil, who harried his solicitors and stole legal documents; who even targeted our six-month-old baby.

“I am appealing directly to the Biden government to do the right thing, even at this late stage. This case should not be dragged out for a moment longer. End this prosecution, protect free speech and let Julian come home to his family.

“The current administration admits that the Trump Department of Justice lacked independence. It seems inconceivable that President Biden would want to continue with this case – because Julian’s freedom is coupled to all our freedoms, and no democratic society can ever make journalism a crime.

“If the Biden Administration does not end this now, the case will limp through the courts while Julian remains in prison indefinitely, unconvicted, suffering and isolated, while our young children are denied their father.”

A group of doctors representing over 250 medical professionals from 35 countries wrote to US leader Joe Biden on Wednesday, urging him to drop charges against Mr Assange under the Espionage Act.

They said: “Mr Assange continues to suffer serious, life-threatening effects of the psychological torture he has been subjected to for more than a decade.”