Piers Morgan has been hilariously trolled on Twitter after he used a 1400 year-old olive tree in Puglia to give “perspective to Remoaners”, only to learn that the EU intervened with €7 million of funding to save the trees in 2015. The outspoken media personality tweeted at the weekend that he had driven past an ancient […] 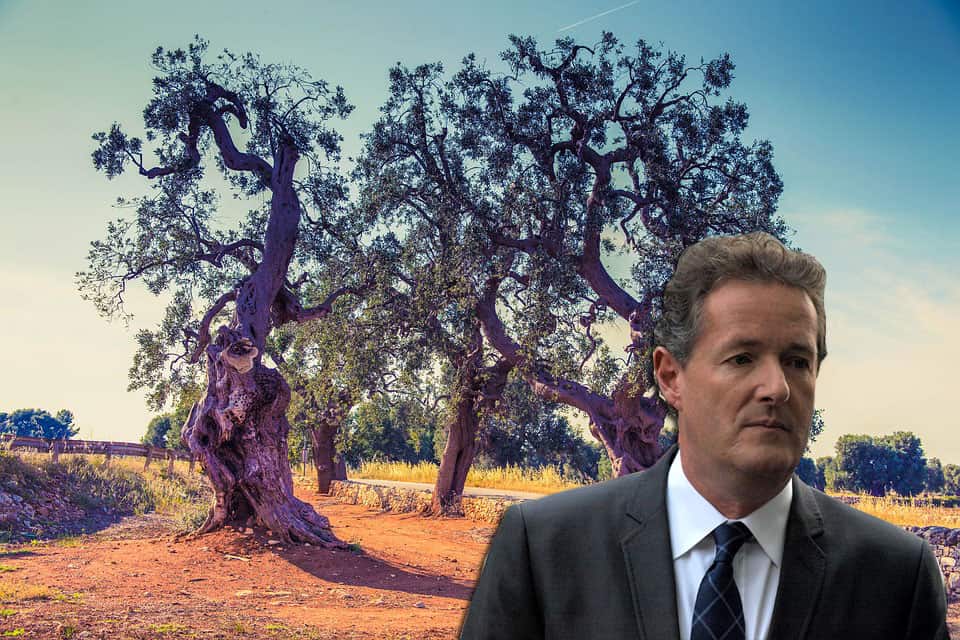 Piers Morgan has been hilariously trolled on Twitter after he used a 1400 year-old olive tree in Puglia to give “perspective to Remoaners”, only to learn that the EU intervened with €7 million of funding to save the trees in 2015.

The outspoken media personality tweeted at the weekend that he had driven past an ancient tree which has survived “over 1350 years longer than the European Union has existed”.

He added that it should offer “hysterical Remoaners a little perspective”, but neglected to take into account that the EU provided funding that could have saved it from dying.

In 2015 the European Commission gave seven million euros (£5 million) to fund research into a disease that poses a “very serious threat” to olive trees.

First recorded in southern Italy in 2013, where Morgan’s ancient tree is located, Xylella fastidiosa was describe as one of the “most dangerous plant pathogens worldwide”.

The funding came from the EU’s Horizon 2020 programme and is part of the effort to tackle the agent before it spreads more widely to other key olive-producing regions within Europe.

Experts warned that should the disease, which has numerous hosts and vectors, spread more widely then it has the potential to devastate the EU olive harvest.

Tragically for Piers I read that the EU intervened with €7 million of funding to save these very trees in 2015 after the Italian government failed to act to save them from a mystery bacteria https://t.co/k4wwibPFmB