Panic buying triggered by sanctions and the collapsing ruble has resulted in bare shelves in Moscow and elsewhere in Russia. 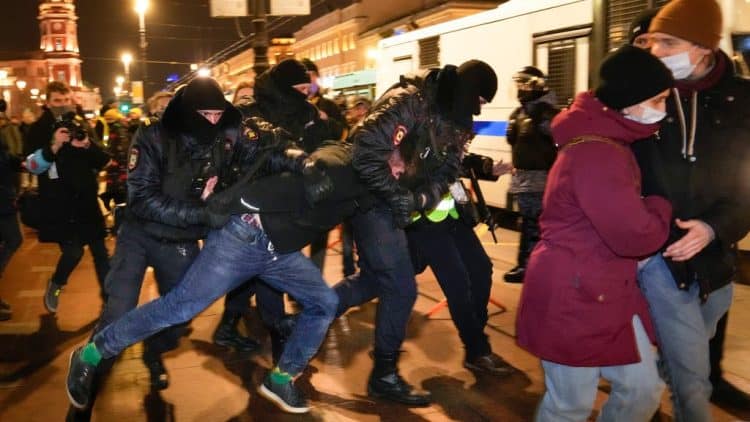 Pictures of empty shelves in the capital of Russia, Moscow, have emerged as anger over Vladimir Putin’s war in Ukraine grows.

According to Mail reports consumers have been told to limit the number of items in their shopping baskets as sanctions start to bite.

Some say they may have to leave the country to secure a better life for their families, with Russians facing a return to the hardships of the 1990s when the country experienced food queues and hyperinflation after the fall of the Soviet Union.

One notice to shoppers in St Petersburg read: “It is important that there are enough goods for everyone. We are forced to temporarily impose restrictions on high-demand goods. Up to ten pieces per purchase.”

Meanwhile, more than 5,000 people were arrested in Russia while taking part in demonstrations against Moscow’s war against Ukraine in 69 cities across the country on Sunday alone, according to the OVD-Info monitoring group.

That compares with 1,900 protesters arrested on February 24th, the day of the start of Russia’s full-scale invasion in Ukraine – a rise of 160 per cent.

As protests intensify, so too do efforts by the police force to disperse them, with dozens suffering beatings from truncheons or being shocked with stun guns after already being held down by officers.

President Joe Biden has announced the US will downgrade its trade status with Russia as punishment for its invasion of Ukraine and also ban imports of Russian seafood, alcohol and diamonds.

The broad trade shift, which revokes the “most favoured nation” (MFN) status for Russia, is being taken in coordination with the European Union and Group of Seven countries.

“The free world is coming together to confront Putin,” Mr Biden said from the Roosevelt Room of the White House.