"It looks like a Brexit bus - so of course it is driverless!" 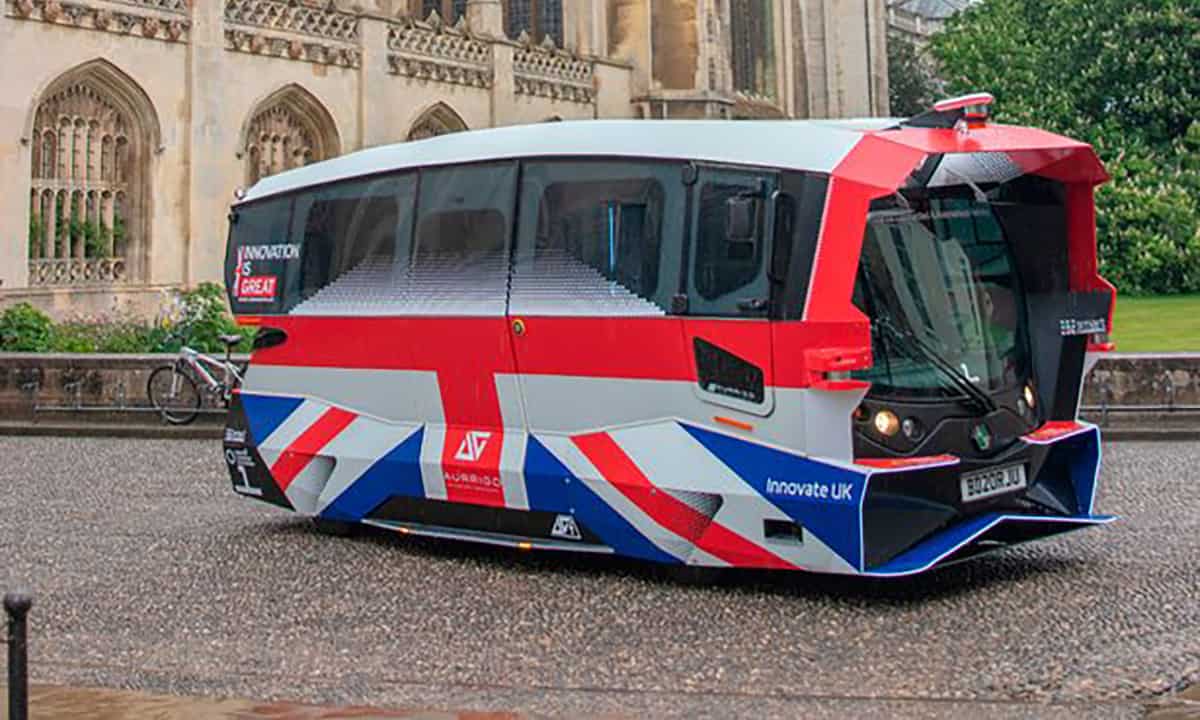 Self-driving buses will drive alongside other traffic for the first time in the UK.

The three-wheel ‘autonomous passenger shuttles’ were launched Thursday at the University of Cambridge.

One of the vehicles ferried transport minister Rachel Maclean around the university’s West Cambridge campus.

Transport Minister Rachel Maclean, who travelled on the shuttle, feels the move is a groundbreaking one for the future of technology in the UK.

She told Cambridgeshire Live: “Self-driving vehicles present a number of opportunities for the UK from providing safer, greener and more reliable transport services to creating tens of thousands of well-paid and skilled jobs across the nation.

“This project is hugely exciting and is an example of how self-driving vehicles could make it easier for people to travel on the UK’s future public transport network.”

The all-electric shuttles can carry ten passengers at speeds of up to 20 miles per hour. They have a range of 100 miles.

Technology and safety issues aside, the shape and Union Jack painted on the side, was what got social media users accelerating to their smartphones.

This driverless bus adorned with the Union Flag is the perfect visual metaphor for a country in the grips of such inept and directionless leadership. It’s practically an art piece. pic.twitter.com/yxxzOGVQ0k