Gazza claimed to have heard a man make an abusive comment about the woman’s weight and, to boost her confidence, he gave her a kiss on the lips, before telling her she was neither fat nor ugly. 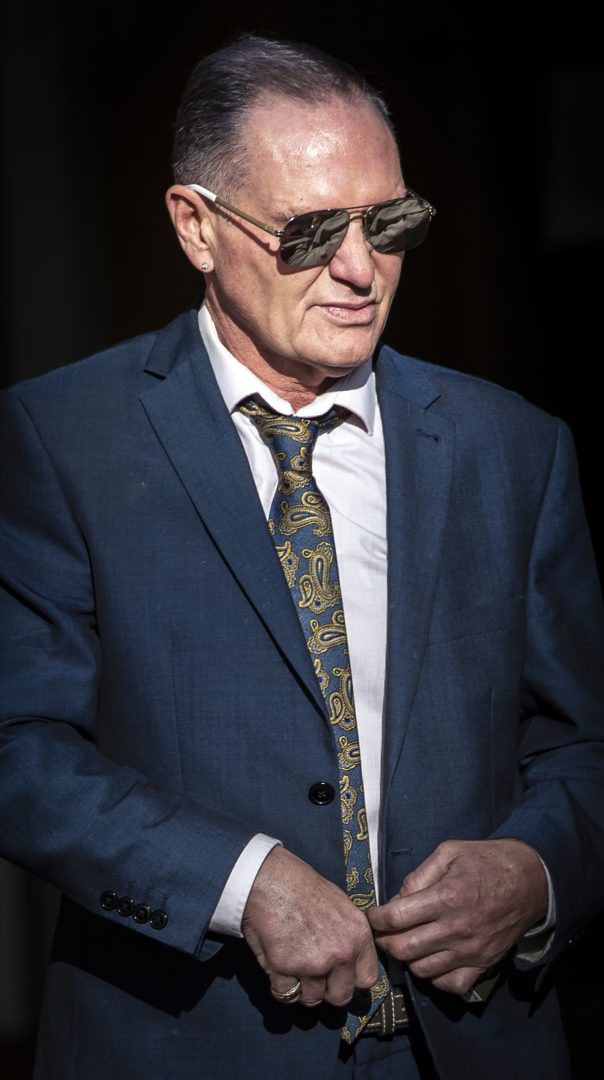 Former football star Paul Gascoigne joked he was off to the dentist after he was cleared of sexually assaulting a woman on a train after he kissed her on the lips.

In a statement outside court, he said it had been “so tough” to have a sexual allegation hanging over him for more than 12 months, and that he was looking forward to getting on with his life.

The 52-year-old was cleared by a jury at Teesside Crown Court of sexual assault, and of the lesser, alternative count of assault by beating, following a trial lasting four days.

He was accused of forcefully and sloppily kissing the stranger while he was drunk on a York to Durham train last August.

Gascoigne wept in the dock when the jury foreman announced the not guilty verdict for the sexual offence.

Outside court, he smiled and stood beside his solicitor Imogen Cox as she read a statement on his behalf, saying: “To have a sexual allegation for over 12 months has been tough.

“I am so glad I was finally able to put over my side of the story and that the jury came to the correct verdict.”

He thanked his legal team and agents, as well as friends and family for their support.

He also thanked character witnesses, the ex-boxers Ricky Hatton and Jane Couch, his former agent Mel Stein and his addiction therapist Paul Spanjar for telling the court “such lovely things about me”.

His statement concluded: “I’m now looking forward to getting on with my life.”

Gascoigne himself then said: “I am off to the dentist.”

That was an apparent reference to his implants which featured in the trial – as the defence explained his slurred speech on the train was due to the fact he was missing his bottom implants.

Giving evidence during the trial, Gascoigne removed them to show how it affected his speech.

In his closing speech, William Mousley QC, had told the jury Gascoigne was not telling the truth about what went on with the woman on the train, and had “lied through his teeth, whichever teeth they were”.

Michelle Heeley QC, defending, had argued that when Gascoigne kissed the stranger there was no sexual intent.

She said the former player kissed a woman who was not expecting it and did not like it, but that did not make him a sex offender.

She said the kiss lasted two or three seconds, on a packed train, and was not preceded by any “lecherous comment”, touching or groping.

She showed the jury photos of Gascoigne kissing fellow players and fans, and his character witnesses described him as tactile.

Gascoigne claimed to have heard a man make an abusive comment about the woman’s weight and, to boost her confidence, he gave her a kiss on the lips, before telling her she was neither fat nor ugly.

The complainant, who cannot be named by the media, was shocked that she was kissed “out of the blue”, telling the jury she had not consented.

Police later traced Gascoigne to a hotel in Jesmond, Newcastle, and when an officer spoke to him on the phone, prior to arrest, the footballer said: “I know what it’s about, I kissed a fat lass.”

During his evidence, Gascoigne spoke of his own battle with his weight, struggles with bulimia and bullying suffered by family members who were picked on at school for being fat.

He denied being drunk, saying he had undergone an operation in Australia to have pellets implanted in his stomach which made him sick if he drank spirits.

At the end of the trial Judge Peter Armstrong told Gascoigne: “You are now discharged and free to go.”

The former World Cup star can apply to have his defence costs paid.

During legal argument in the absence of the jury, the prosecution tried and failed to be allowed to tell the jury about Gascoigne’s previous convictions which include offences of battery, criminal damage and a charge of racially aggravated harassment.

The Crown Prosecution Service said it had considered the charge before the case.

A spokesman said: “We reviewed the case in accordance with the Code for Crown Prosecutors and it was determined that there was a realistic prospect of conviction and it was in the public interest to prosecute Mr Gascoigne for the offence of sexual assault.

“We respect today’s verdicts from the jury.”