Ambulance calls have risen by ten times more than the number of ambulance workers since 2010, according to analysis of NHS data. 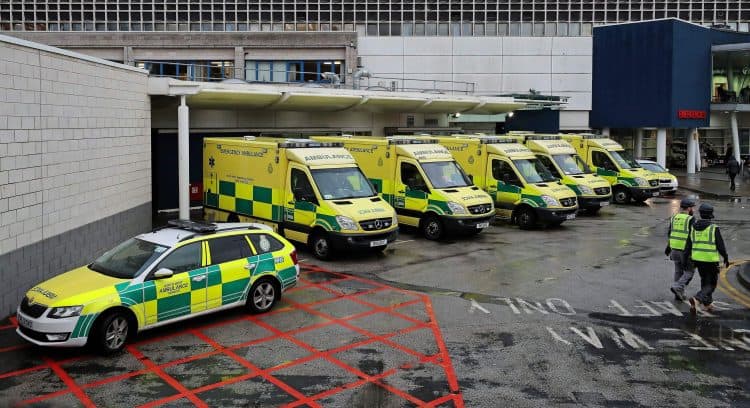 The number of calls for an ambulance in England have nearly doubled since the Tories came to power, amid warnings that record pressures on the NHS are causing paramedics to quit in their droves.

Ambulance calls have risen by ten times more than the number of ambulance workers since 2010, according to analysis of NHS data.

An increase in people seeking emergency treatment, GPs unable to cope with the demand and cuts to preventive care have all been blamed for the shocking figures.

In the same period, the number of ambulance workers has risen by just seven per cent, indicating the extreme pressure on staff.

Ambulance workers are staging a demonstration on Sunday outside the GMB’s annual congress in Harrogate, North Yorkshire, to highlight the pressures they are facing.

The average response time for serious ambulance calls was 51 minutes in April 2022, compared with 20 minutes a year before.

And GMB said more than 1,000 ambulance workers have left their jobs since 2018 to seek a better work-life balance, more pay, or to take early retirement.

Paul, a paramedic and GMB deputy branch secretary, told the Observer he had recently seen a crew waiting ten hours between arriving at hospital and transferring a patient to care.

“They arrived at the hospital at 20.31. They then cleared from the hospital at 05.48 in the morning. The impact of the lack of resources is affecting the ambulance service.

“We are also seeing people become aggressive to the ambulance crew, because they’ve waited hours upon hours in an ambulance.

“We used to have crew we called ‘lifers’ – you join and you’re there for the rest of your life until you retire. But now we are seeing people do two or three years and then going to better jobs – maybe a GP practice or become a university lecturer. There are no nights, no weekends; you’re in a nice, clean environment.”

“It’s no wonder they are leaving in droves while the service itself is teetering on the brink of collapse.

“The explosion in demand is due to savage cuts to essential services since 2010. GMB members tell us the pressures they face are the worst they have ever experienced.

“Our members face unbelievable stress and even abuse while they do their best to administer care and save lives.

“We need urgent investment across the health and care services, otherwise we risk an unprecedented crisis.”