David Budd, 72, used his friendly position selling sweet treats to children and the melodic chimes of his ice-cream truck to attract and groom girls as young as nine in the 1970's. 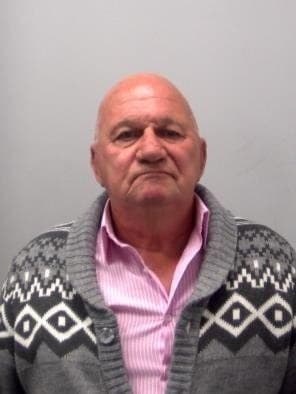 A paedophile has been jailed for preying on innocent children while serving up 99 Flakes from his ice cream van.

David Budd, 72, used his friendly position selling sweet treats to children and the melodic chimes of his ice-cream truck to attract and groom girls as young as nine in the 1970’s.

He was sentenced to eight years and ten months’ imprisonment at Snaresbrook Crown Court yesterday.

DC Colleen Ryan from the Child Abuse and Sexual Offences Command said: “Budd was an ice cream seller in Newham; a position he used to gain access to and groom his victims.

“He preyed on young children by using his position as an ice cream seller to groom them.

“He succeeded in gaining their trust and then subjected them to abuse that no child should ever have to endure.”

One of the victims came forward to police in July last year and disclosed Budd had sexually assaulted her in Newham, east London, when she was just nine years old.

Officers identified a further three victims, who were also aged around nine years old when they were sexually assaulted by Budd.

DC Ryan added: “The negative impact this has had on his victims’ adult lives should not be underestimated.

“I would like to commend them for their bravery in coming forward and finding the courage to speak to police.

“We never underestimate how difficult this must be.

“It is very possible there are further victims of Budd out there and I would encourage them to come forward.

“Child abuse will never be tolerated.

“I hope this conviction sends out a strong message to people that no matter the passage of time that has passed police will conduct a thorough investigation make every effort to bring the perpetrators of these depraved crimes to justice.”

Budd had been living in Spain in recent years and returned to the UK on December 21 last year where he was arrested at Southend Airport.