Tevin McLeod, 28, was slapped in handcuffs moments after touching down at Manchester Airport. 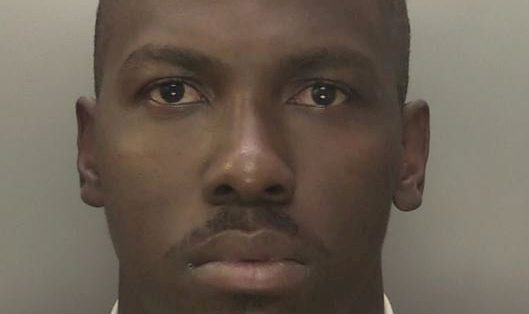 An airline pilot who was arrested moments after landing a plane has been jailed for raping and sexually assaulting a young girl.

Tevin McLeod, 28, was slapped in handcuffs after touching down at Manchester Airport on September 7.

He was charged the next day with the rape and sexual assault of a child under 13, which happened between 2015 and 2016.

He initially denied the offences but Birmingham Crown Court heard he had sent a number of messages to the victim begging her not to report him.

McLeod spoke about his reputation being tarnished if people found out and told the girl he would lose his career as a pilot and go to jail because she was “underage”.

McLeod, of no fixed address, admitted rape and sexual assault and on Friday he was jailed for seven-and-a-half years.

He was also told he would be the subject to a Sexual Harm Prevention Order on his release.

Detective Constable Stewart Garratt, from West Midlands Police Child Abuse Public Protection Team, said: “For a child to speak out and report sexual abuse is a huge deal
for them and I commend the bravery of this young girl for confiding in someone.

“It’s for these sorts of crimes involving children that we have a dedicated specialist department with officers specially trained to help young people through the judicial process.

“I’ve no doubt that the voice of this child has stopped other children being targeted.”