Jean McConville was forced from her west Belfast home in December 1972. 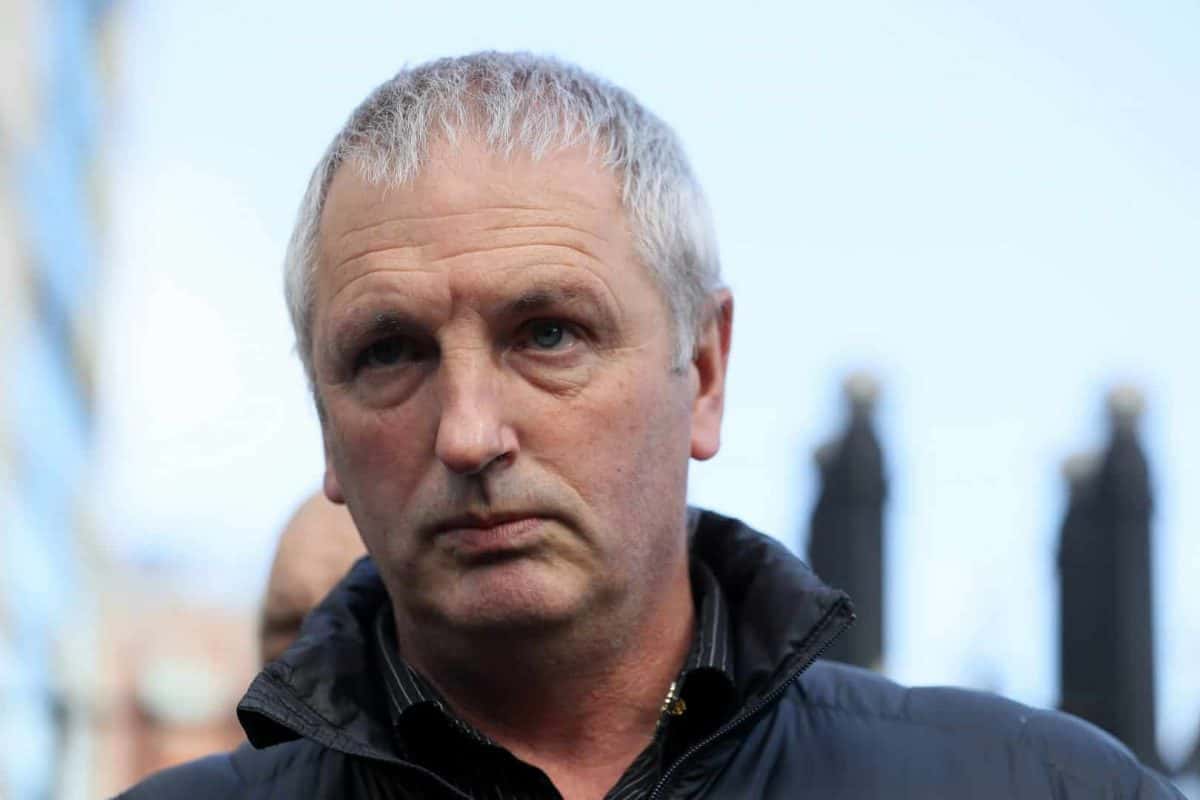 Michael McConville wants a public inquiry after he was “let down” by child carers, the church, and police he accused of failing to properly investigate his mother’s disappearance.

Her orphaned offspring were not offered counselling, despite having to watch their mother being forced from their west Belfast home in December 1972 by paramilitaries who then refused to tell her children where she was.

The Provisionals wrongly believed the mother-of-10 was passing on information to the state.

Michael McConville said the trauma from the kidnapping when he was 11 was neverending.

“It is something that will never leave us for the rest of our lives, we are stuck with it every day.

“When we were being put into care one of the social workers turned round and said we were abandoned children.”

She was taken across the border to the Republic, badly beaten and shot in the back of the head.

For three decades her family had no answers to what had happened to Jean McConville.

Her remains were found by a walker in August 2003 on a beach in Co Louth and Mr McConville said forensic opportunities were lost by Irish police.

The case was part of a special investigation established to find the remains of those taken by the IRA and known as the Disappeared.

A condition of that team’s work was that it did not gather forensic information useful to a criminal investigation, to encourage witnesses to come forward.

Ms McConville was found by a walker rather than during a search organised by the investigation; the scene could have been checked for opportunities for prosecution, but was not.

Mr McConville said the information collected by police following the abduction stretched to only two pages.

“They did not think the kidnapping of my mother was important.”

The IRA admitted the murder in 1999. No one has ever been convicted of her murder.

Ivor Bell was recently found not guilty of involvement in the murder, after recordings of him during an oral history project were deemed inadmissible by the court.

Mr McConville wants a public inquiry into his mother’s murder, focusing on alleged lack of support by social services and questions surrounding the Catholic church.

He said he would like to see a judge from outside Northern Ireland leading such a probe.

He added: “We have been let down by everyone.

Former police ombudsman Dame Nuala O’Loan published a report in 2006 which confirmed that police did not investigate her disappearance for 20 years.

Mr McConville said: “As a family we want the truth, we have been told lies from 1972 to the present day.”

This could be the closest we get to justice, says Jean McConville’s family

The family of Jean McConville has said a not guilty verdict against a veteran republican may be the closest they ever get to justice.

Ivor Bell was acquitted of two charges of soliciting the murder of the widowed mother of 10 in 1972 after a trial of the facts at Belfast Crown Court.

Mrs McConville was taken from her west Belfast home by masked IRA members before being murdered and secretly buried.

Television footage from the time showed her 10 orphaned children – aged six to 16 – alone in the family’s flat at St Jude’s Walk in the Divis Flats complex. They were later placed into care.

Speaking outside court, Michael said: “We want to see a public inquiry, we are going to chase that.

“We would also like to see the Secretary of State. We have been neglected by everyone since this has happened. We have had many doors closed on us, we have walked many a road. Today is the closest I think we are ever going to get to justice.”

His sister Susan Townsley was tearful as she said the siblings would stick together.

“This is the only thing we are going to get, at the end of the day,” she said.

“As a family we are just going to have to stick together. It has been very hard on all of us.”

When the IRA admitted Mrs McConville’s murder in 1999, it claimed she had been an informer.

The McConville family has denied this claim and called for it to be withdrawn.

A Police Ombudsman report previously said it found no evidence of the claim following an investigation.

In a statement the family said: “She was a loving, working-class, widowed mother doing her best to raise 10 children.

“They murdered her because they could.

“We may not have got justice but we have got some truth. But this cannot finish here. We need and demand a full public inquiry.”