“The country faces an existential emergency for the future of the teaching profession," the NASUWT general secretary said. 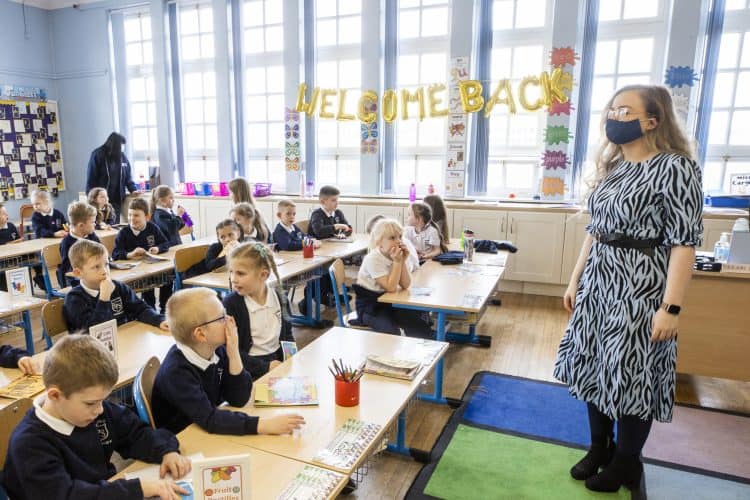 A major teaching union said it will ballot its members if a higher wage packet is not offered within three days.

The National Education Union (NEU) told The Observer it is prepared to ballot its 460,000 members if it does not receive a pay offer closer to inflation by Wednesday June 22.

Kevin Courtney, joint general secretary of the NEU, said an initial ballot would be taken to gauge reactions, and that a second ballot specifically on industrial action is possible.

NASUWT leaders have also called for a 12 per cent pay increase for teachers this year, and said it will ballot members in England, Wales and Scotland for industrial action if its demands are not met.

Two in three teachers are questioning whether to change careers due to wages, and the value of teachers’ pay has dropped by 20 per cent, NASUWT said.

Dr Patrick Roach, NASUWT general secretary, said: “The country faces an existential emergency for the future of the teaching profession.

“Teachers are suffering, not only from the cost-of-living crisis, which the whole country is grappling with, but 12 years of real terms pay cuts which has left a 20 per cent shortfall in the value of their salaries.

“If the Government and the pay review body reject a positive programme of restorative pay awards for teachers, then we will be asking our members whether they are prepared to take national industrial action in response.

“The Government wrongly assumed teachers would simply stand by as they erode pay and strip our education system to the bone.

“But this weekend, thousands of teachers, from every corner of the UK, joined together to demonstrate our strength, unity and determination to stand up and to fight back.

“Our message is clear and has now been delivered directly to the Government on their doorstep.

“We will not allow cuts to our members’ pay and attacks on their pensions.

“If a pay rise is not awarded, it will be won by our members in workplaces through industrial action.”

The NASUWT was a prominent group in a large rally on Saturday, organised by the Trades Union Congress (TUC), which saw thousands of protesters march through central London to demand better pay and working conditions.