"There simply isn't a problem here. There is enough fuel and drivers here to keep the supply chain fully stocked." 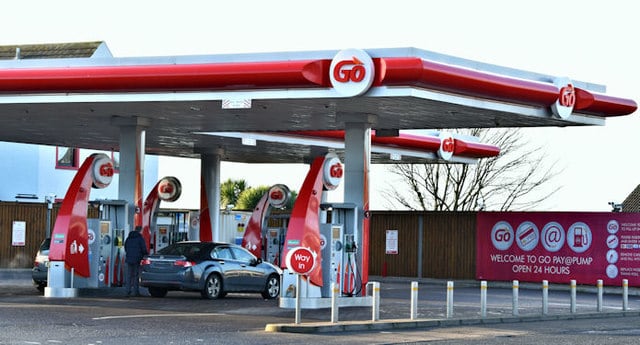 There are no issues with the petrol supply chain in Northern Ireland, an industry body has said.

Other parts of the UK have seen queues at the pumps, amid fears of disruption to the fuel supply and panic buying.

Brian Madderson, Petrol Retailers Association (PRA) chairman, said that had not been the case in Northern Ireland.

“There is really no reason in Northern Ireland to go out and fill up your tanks to the brim,” he said.

Northern Ireland is “showing an example to the rest of the UK and that is fantastic news,” he added.

“It is (a crisis) on the mainland but I am pleased to say the good motorists of Northern Ireland have not caused any panic buying in the last few days,” he said.

Last night army tanker drivers were put on standby in preparation to deliver fuel in order to ease the chaos at petrol stations.

Military drivers will get specialised training in preparation for their deployment while certain HGV licences will be extended to help tackle the issue, ministers announced on Monday.

An extension to ADR driver licences permitting drivers to maximise their available capacity instead of being taken out of circulation for refresher training purposes was also announced.

Defence Secretary Ben Wallace said: “The men and women of our armed forces stand ready to alleviate the transport pressures where they are felt most.

“That is why I have authorised their increased preparedness so they are ready to respond if needed.”

Talking to the BBC, Seamus Leheny, of the freight trade body Logistics UK, said Northern Ireland’s supply chain network, though smaller than in the rest of the UK, was “more resilient”.

“There simply isn’t a problem here. There is enough fuel and drivers here to keep the supply chain fully stocked.

“We have two very large fuel depots at Lishally and Belfast.”