Nigel Farage’s official website has published two damning blog posts criticising Nigel Farage. The apparent hack has led to two videos from Channel 4 News probing his finances going live on the site. The first is titled “Nigel Farage’s funding secrets revealed” which tells the story of the money given to the Brexiteer by millionaire […] 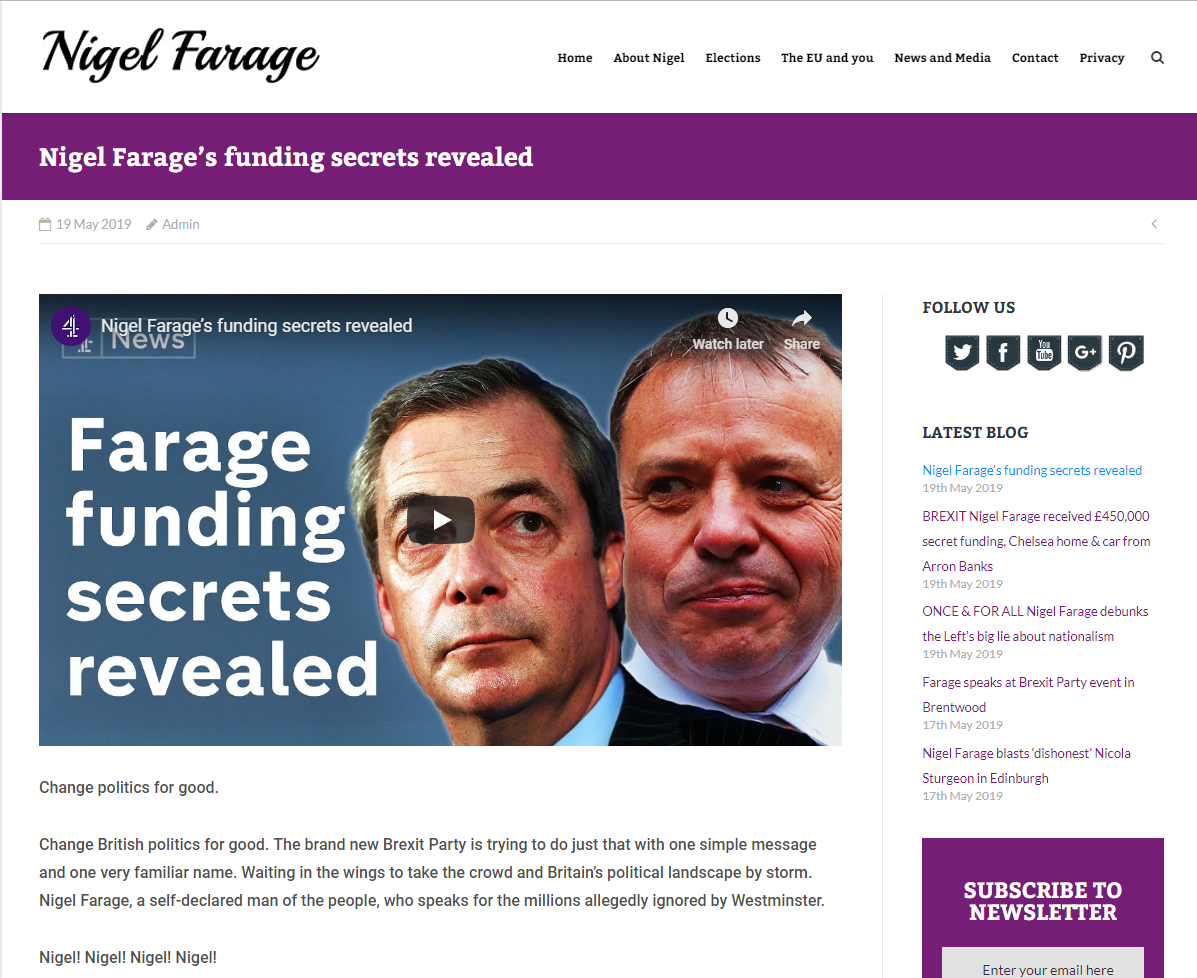 The apparent hack has led to two videos from Channel 4 News probing his finances going live on the site.

The first is titled “Nigel Farage’s funding secrets revealed” which tells the story of the money given to the Brexiteer by millionaire Arron Banks and the second is dubbed “Nigel Farage received £450,000 secret funding, Chelsea home & car from Arron Banks.”

Blog posts running alongside the videos take a brutal swipe at the Brexit party leader on the day of the European Elections.

The author writes that Farage has “the charisma of a damp rag” and the “appearance of a low grade bank clerk” in a particularly scathing attack.

The piece goes on to read: “I can say with confidence that I can speak on behalf of the majority of the British people in saying, we don’t know you, we don’t want you, and the sooner you will put out to grass, the better.”

The site was apparently rebuilt in early 2017, after redirecting to the main Ukip website for about a year.

But other details on the site suggest it was linked to current or former members of Mr Farage’s team since it was rebuilt.

A spokesperson for Mr Farage told the Mirror they had no idea whether he still owned the site, but that they would make inquiries to find out.