Nigel Farage is expected to tell Donald Trump to “keep his nose out of the Brexit debate” in keeping with prior warnings given to US presidents. The Brexit Party leader warned Barack Obama to stay out of Britain’s EU referendum when the former President visited the UK in 2016. He wrote to the White House […] 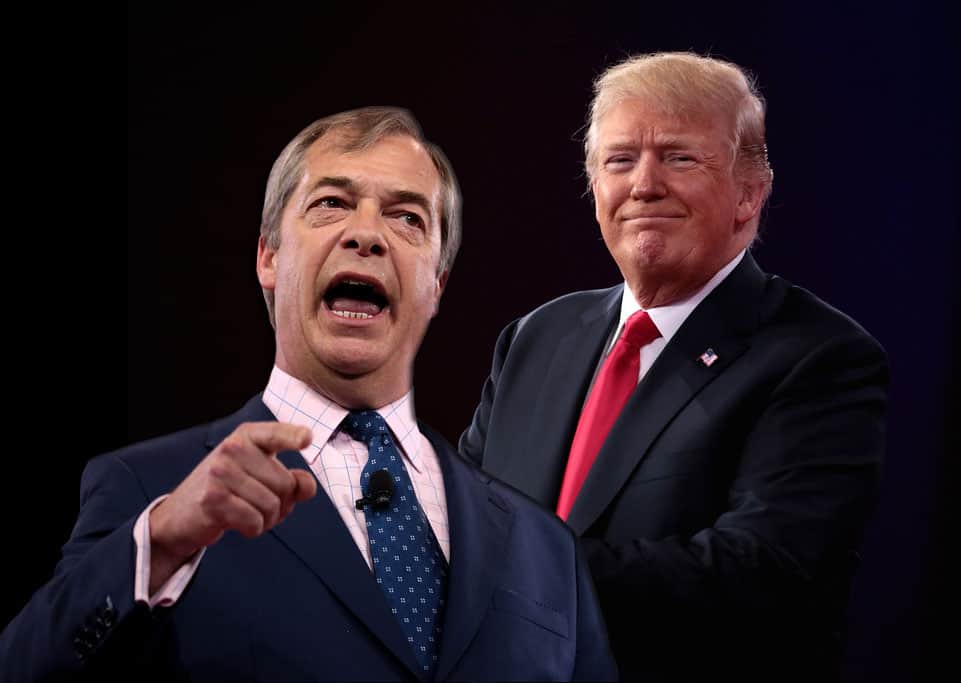 Nigel Farage is expected to tell Donald Trump to “keep his nose out of the Brexit debate” in keeping with prior warnings given to US presidents.

The Brexit Party leader warned Barack Obama to stay out of Britain’s EU referendum when the former President visited the UK in 2016.

He wrote to the White House telling the President he should not comment on the Brexit debate at the time, and is expected to be consistent with his beliefs after Donald Trump waded in on the matter.

The Republican President started his first state visit to the UK today and advised that we should “send in Nigel” and go for a “no-deal Brexit” to secure the best exit deal with the European bloc.

In an interview with The Sunday Times he said it was a “mistake” not to involve Brexit Party leader Mr Farage in negotiations, saying he has a “lot to offer” and is someone he likes “a lot”.

But Farage is expected to hit back following his previous strongly-worded letter.

Along with other EU sceptics he said:

“With so much at stake, it is imperative that the question of exiting the European Union is not one answered by foreign politicians or outside interests, but rather by the British people who must ultimately live with change or the status quo.

“While it is understandable that a sitting US president feels the obligation to speak in the interest of the United States, it must be advised that even a passive diplomatic recommendation in the matter of our national decision will receive the opposite of the intended effect.

“The referendum vote is an act of democracy in its most direct form, and the question of whether or not to leave the EU is a rare political topic that is not owned by any one political party.

“This is a chance for the British people to choose the path of their country.”

Amen to that, Mr Farage.