“Even though I was in a huge amount of pain, I was just determined to go and record this song." 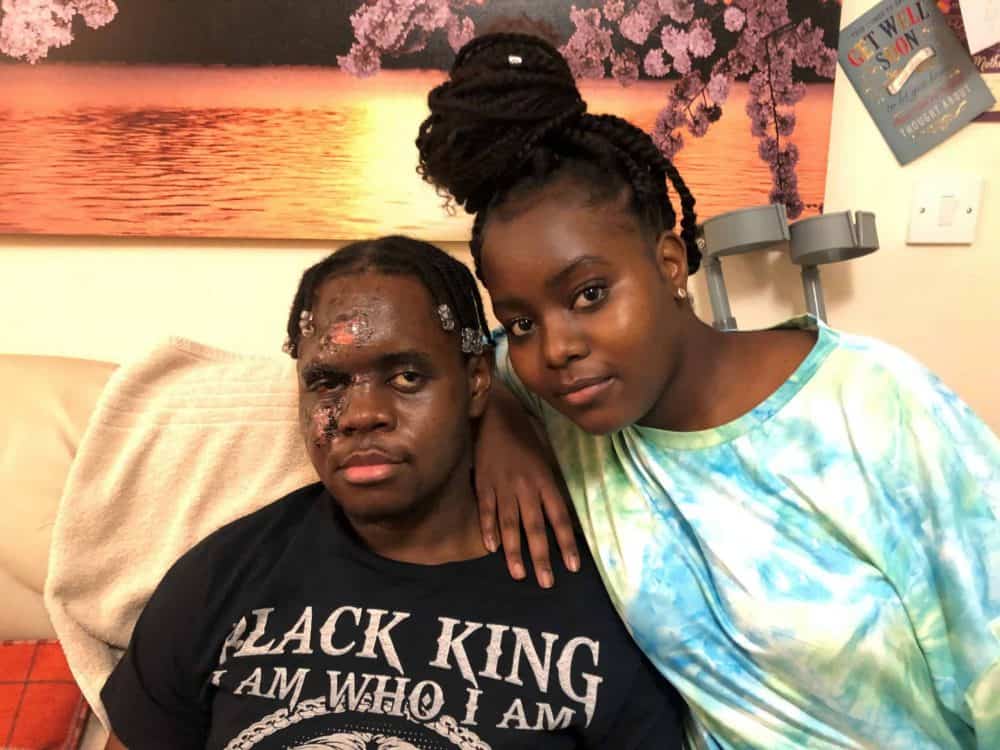 An NHS worker who was seriously injured in a racially aggravated incident has told how he recorded a piece of music detailing his ordeal just days later.

The 21-year-old, who wishes only to be referred to as K or his stage name Kdogg, was attacked as he walked to a bus stop after finishing work at Southmead Hospital in Bristol on July 22.

He was struck by a car and suffered serious injuries including a broken leg, nose and cheekbone – leaving him unable to walk or stand up and requiring three operations.

Just five days later, K wrote a track entitled Soon I’ll Be Just Fine to describe what had happened and his determination to recover.

Adjustments were made to a local recording studio to allow K, who still could not walk or stand at that point, to record the track.

Each day as it comes

“I’m healing and getting better day by day and trying to take each day as it comes,” he said on Wednesday.

“I’m trying to do something productive every day because obviously we don’t know what the future holds and I want to leave some kind of legacy.

“So I just want to keep on pushing. I’m glad that I’m here and doing this.

In the track, which lasts for two minutes 24 seconds, K describes how he was walking on the pavement when he was attacked.

The keen footballer tells how he suffered broken bones and was left for dead by those responsible.

Microphones were adjusted in the recording studio to enable K to sit down while performing the track, which is being released on Thursday.

“Even though I was in a huge amount of pain, I was just determined to go and record this song,” he said.

“It was really tough, it wasn’t easy at all.

“It’s really important to me that people hear it to spread awareness because these people are still out there and I don’t want this to happen to anyone else.

“It’s just to tell people that the streets aren’t really that safe until these people are caught.

“It’s also to show that someone can go through a situation like this and come back from it.”

K thanked colleagues in the NHS as well as his family and the charity Stand Against Racism & Inequality (Sari), which is supporting them.

Since the incident, he has received cards and letters from well-wishers from around the world which have helped him “push forward” with his recovery.

“I want to thank everyone that has helped me and my family, from the people at the scene to the NHS and people who have sent messages,” K said.

On August 2, protesters marched on Monks Park Avenue – where the attack took place – holding placards in support of K and the Black Lives Matter movement.

A fundraising page set up by K’s friend Simeon Mccarthy received almost £60,000 in donations, including from the band Massive Attack.

Avon and Somerset Police previously arrested four people on suspicion of attempted murder in relation to the incident.

All four were later released under investigation.

The charity Crimestoppers has offered a £5,000 reward for information leading to the conviction of those responsible.

A police spokeswoman said: “We remain grateful to Crimestoppers for offering this significant reward to help us bring those behind this appalling attack to justice.

“Detectives are reviewing the anonymous information passed on to us by Crimestoppers. The investigation continues and we still want to hear from anyone with information which could help.”

Anyone with information is asked to contact the force on 101, quoting reference number 5220163308, or Crimestoppers anonymously.