A new campaign has launched today encouraging more City financial and professional services firms to pay the London Living Wage. The City of London Corporation, which runs the campaign backed by the Living Wage Foundation, is taking over the London Underground with a poster campaign to get more firms to pay at least the London […] 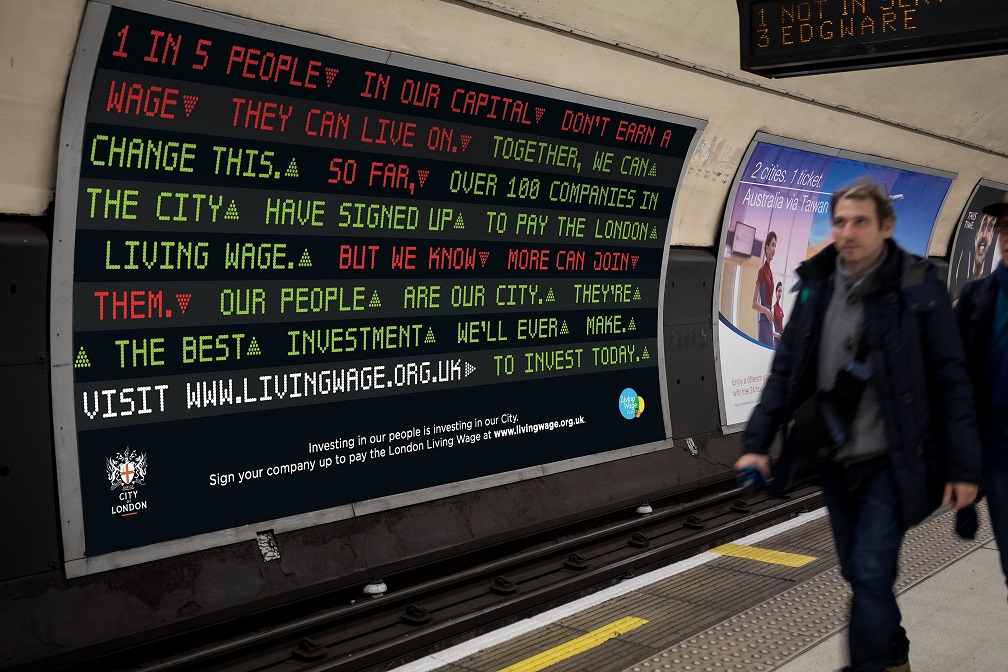 The City of London Corporation, which runs the campaign backed by the Living Wage Foundation, is taking over the London Underground with a poster campaign to get more firms to pay at least the London Living Wage of £10.55 per hour.

The posters will be displayed at nine of the capital’s busiest tube stations, including Liverpool Street, Euston, Victoria and Paddington.

The two-week campaign, which includes social media, newspaper advertising and direct discussions with City businesses will reach thousands of companies and workers. The campaign is expected to reach over 1.3 million people across the capital.

One in five people employed in the capital still don’t earn a wage they can live on. 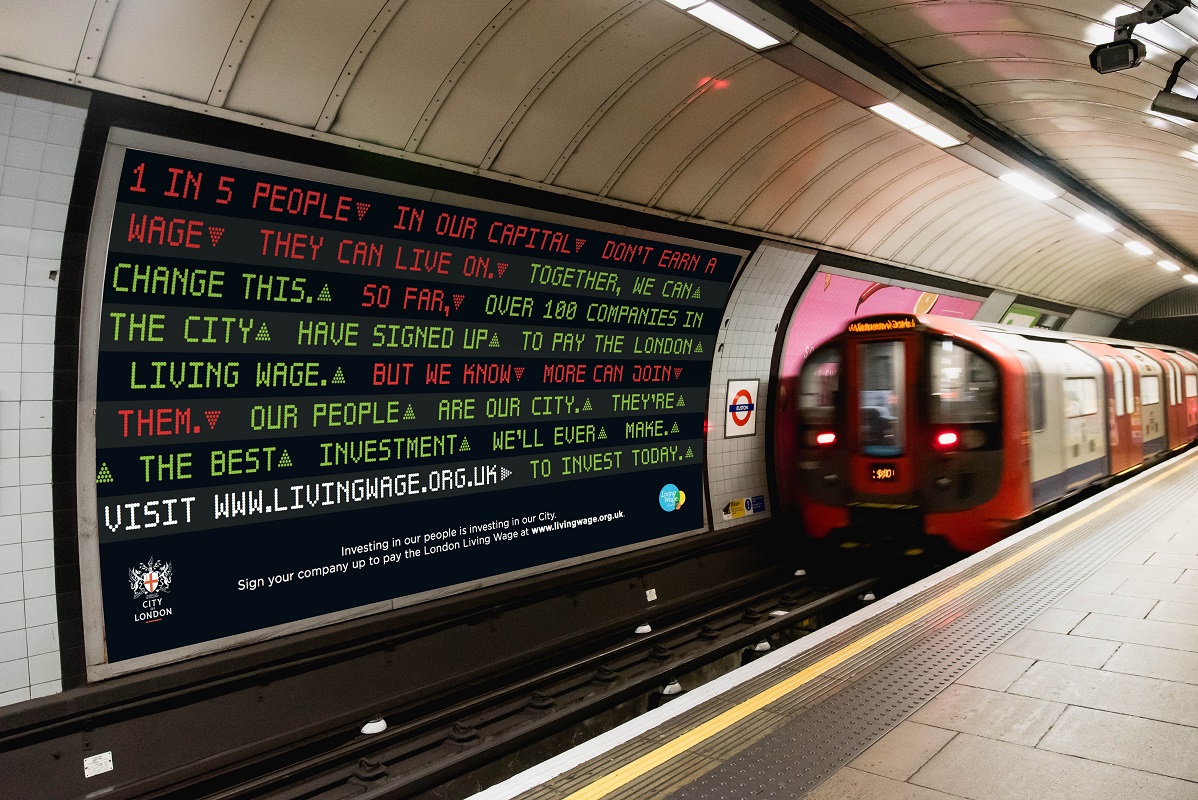 The initiative was officially launched this morning at the Museum of London where City businesses, MPs, and councillors joined Ambassadors from City firms paying the London Living Wage to start the initiative.

Research by the Living Wage Foundation shows that 93 per cent of university students want to work for a Living Wage employer, and 86% of companies paying the Living Wage say it has improved the reputation of their business.

Catherine McGuinness, Policy Chair at the City of London Corporation, which is an accredited Living Wage employer, said: “One in five people employed in the capital don’t earn a wage they can live on. I’m calling on City firms to help consign this statistic to the history books.

“Our people are our City and they are the best investment we will ever make.

“Over 100 City financial and professional services businesses are accredited Living Wage employers, but I know more can join them.

“Paying the London Living Wage is good for business and good for society. But most importantly, it means a better quality of life, help for people to provide for themselves and their families, and giving employees a dignified life.” 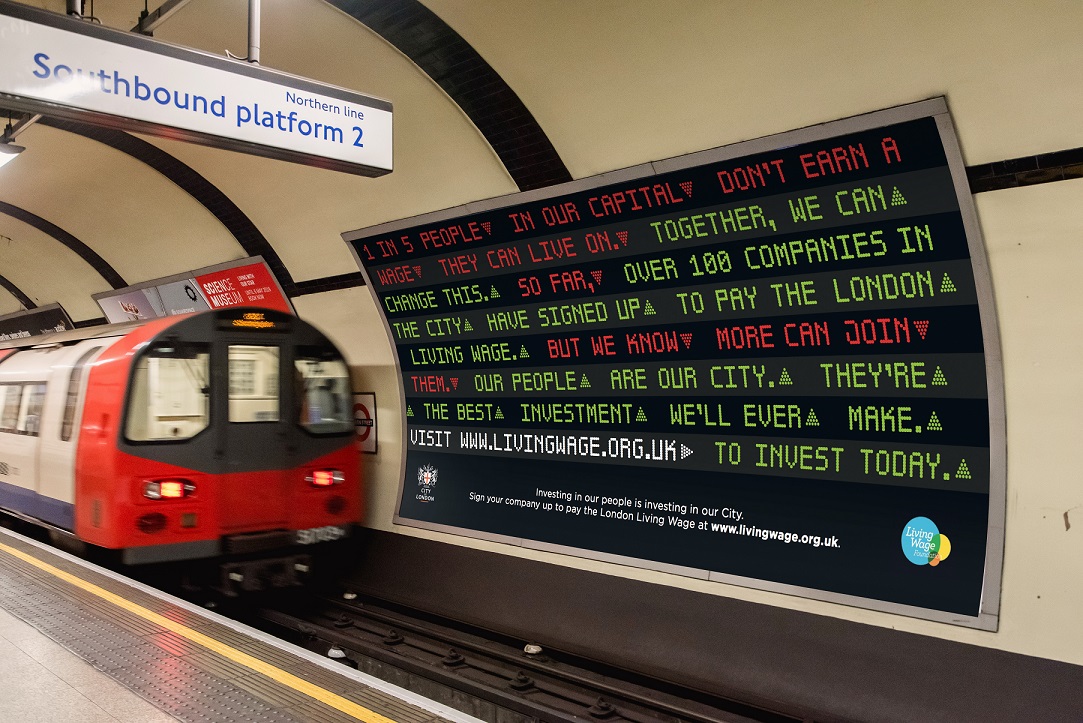 There are commercial and social benefits to paying the London Living Wage, such as staff retention, improved productivity with staff feeling more valued and improved reputation for the business.

The London Living Wage gives workers a greater chance of fulfilling their potential within a single job, of accessing education and training in their spare time, and consequently, the ability to achieve upward mobility.

The City of London Corporation is a long-running supporter of the Living Wage Foundation. It has been an accredited Living Wage employer since 2014, meaning a significant increase in wages for some of its lowest-paid employees.

And from this year the City Corporation will strengthen its own Living Wage policy by paying its own staff and its suppliers’ staff the new rate, with immediate effect, when the updated Living Wage is announced in November each year. This is opposed to paying staff the new rate from April the following year, which is the most common approach taken by employers – meaning annual increases in the rate reach people’s pay packets more quickly.

The City Corporation already pays its interns, work experience placements over two weeks and apprentices working in the capital the London Living Wage as a minimum.